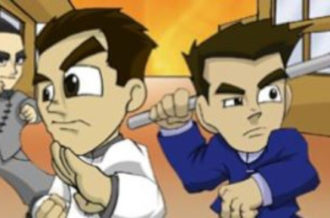 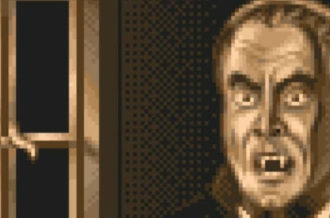 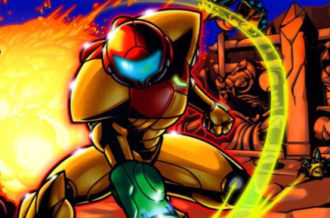 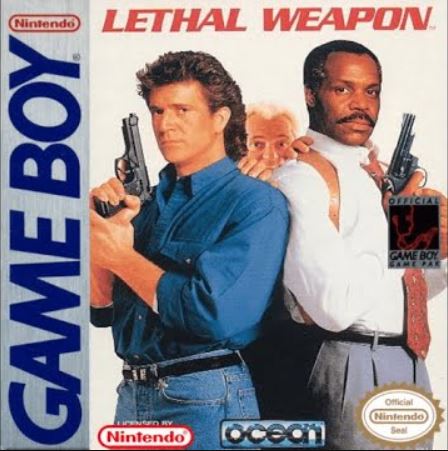 Action movies used to invariably have some video game tie in. These games were noteworthy for a few reasons, one of which being that many of these were R-rated movies in an era were video games were viewed as something for kids, so a child who was too young to see Terminator 2 or Rambo could play a game adaptation of a movie they haven’t seen. This was probably for the better, as many of these games needed to take tremendous liberties with the source material to translate the on-screen action into a palatable game. But even with these liberties many movie games weren’t exactly palatable as a good game based on a movie seemed to be the exception to the rule. Lethal Weapon was one such film that made the leap from the silver screen to the tiny monochromatic Game Boy screen.

The concept for Lethal Weapon actually appears to be rather ambitious on paper, attempting to combine the plot of three Lethal Weapon movies into a single game. This sounds like it could have been a fan’s dream Lethal Weapon game that encompasses so much content, but we are dealing with the limitations of 1993 technology. What we get are five levels of brawling action, which are essentially truncated versions of the content of the NES version.

Lethal Weapon wasn’t the best received Game Boy title, but it did do some things right. One of the more impressive feats was allowing the player to control both Martin Riggs and Roger Murtaugh in a single player game. This experience isn’t as satisfying as it would have been to make it a two player co-op affair to truly capture the buddy cop feel, but multiplayer on the original Game Boy was not heavily utilized because it was a convoluted pain in the tuchus. There’s actually some difference in how the two characters act. Riggs capitalizes on the whole martial arts ninja craze of the ’80s and early ’90s and fights with some high kicks. Murtaugh is just getting too old for that… stuff… so he just goes old school brute force and punches his enemies. Murtaugh is a bit slower than Riggs, but does pack a more powerful punch. 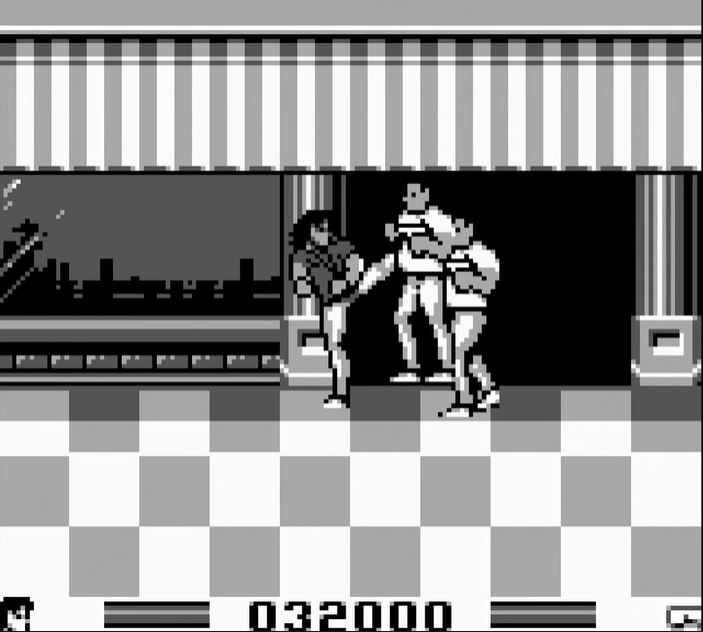 The player can switch between Riggs and Murtaugh any time they want by exiting screen left. This is useful to do not just for the variety of playing the two different characters, but it allows the unused character to heal. This is useful because like many old games the difficulty is on the higher side of things so people can’t rent a game and finish it in twenty minutes. The problem with Lethal Weapon’s difficulty is it feels like it is challenging due to poor game mechanics than challenging design. Battletoads, Ninja Gaiden and Castlevania are some examples of difficult 8-bit games that are regarded as classics and ones where personally speaking there have been countless hours of enjoyment. The characters in Lethal Weapon meander about the screen where dodging is difficult due both characters being well endowed with enormous hit boxes.

Lethal Weapon overall isn’t the worst beat ’em up on Game Boy, but it’s not anything to write home about either. The gameplay could best be described as a generic Double Dragon clone where the two heroes kick and punch their way through bad guys, occasionally picking up a dropped gun to get a few shots off. There has to be something in the police policy and procedure manual about going into a situation unarmed and relying on dropped firearms from beaten-up suspects, but real world logic doesn’t apply to movies and subsequently neither the games based on said movies. The stages are loosely based on the films but don’t quite capture the excitement of them. The enemies typically follow the predictable patterns, and bosses act just like regular enemies except they get more pixels and take more hits to take down. There are some unintentionally humorous enemies, like grenade throwers who pop up from floor tiles like a human whack-a-mole or a helicopter fight where the choppa can be punched and kicked to death. The soundtrack is forgettable but by Gameboy standards the graphics are good and even present a respectable likeness of Riggs and Murtaugh. 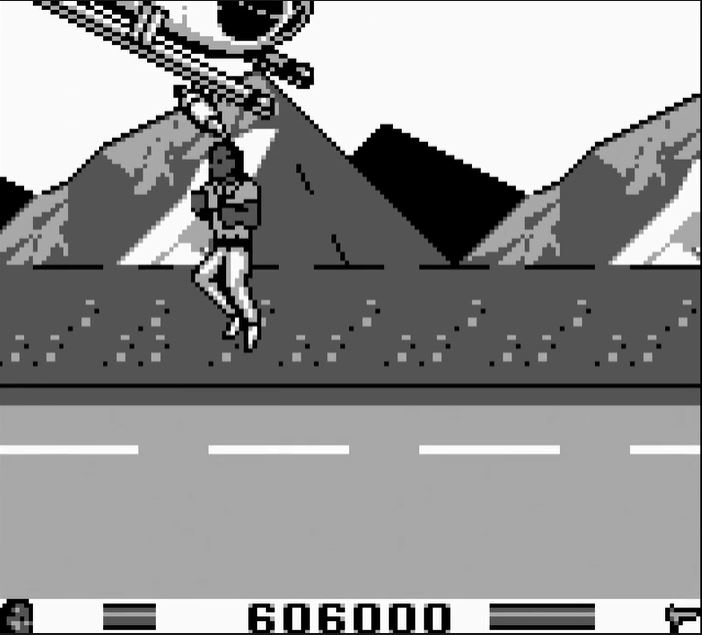 Lethal Weapon is not a great game. It’s debatable if it can even be charitably called a good game. Which is a shame because it does have a few good ideas and does a decent job of making both main characters playable and unique. For those curious, it’s not an expensive game in the second hand market with a recent sighting in the wild at MAGFest with a sticker price of $3.99. It’s not highly recommended, but for those who need to collect every beat ’em up or action movie memorabilia, there can be some fun to be had with this title.