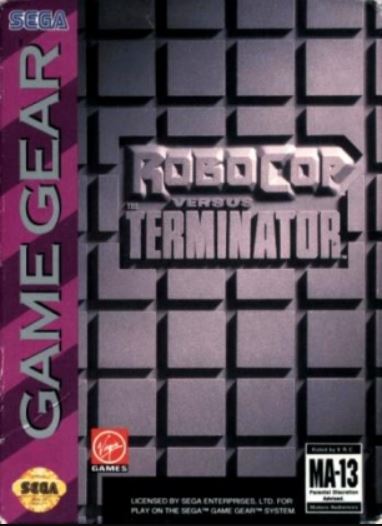 Alien vs. Predator is the ’80s monster crossover sci fi battle that seems to have garnered the most attention, but it’s not the only time cinematic titans squared off against each other. Robocop and the Terminator were cybernetic blockbusters, one of which represented the future of law enforcement and the other represented a future where the machines rebel against their human masters. Robocop Versus The Terminator is based on the four part comic books series published in 1992 by Dark Horse Comics, written by Frank Miller and illustrated by Walt Simonson. It appeared on multiple consoles, but because this is Pocket Power, we’re just going to look at the Game Boy and Game Gear versions.

In Robocop Versus The Terminator, players control Robocop, the cop that was killed by  Clarence Boddicker and his thugs, brought back to life with a shiny metal body. Robocop battles the terminators that were sent back in time, but these are the evil 1984 terminators and not the heroic Schwarzenegger model that was seen in the subsequent Terminator films. Killing machines are much more efficient when they aren’t being taught how to feel by ten year olds who think they’re friends, and that makes them so much more dangerous for Robocop.

As we saw in subsequent Terminator films that were released after Robocop Versus The Terminator, building on stories that center around time travel tend to become convoluted clusters of nonsense. The story of this crossover hasn’t blown up to the levels of a Judgment Day scale dumpster fire, but does take some liberties with the lore. The technology that turned Alex Murphy’s mangled corpse into the future of law enforcement was integral in Cyberdyne developing Skynet, and after Skynet became self aware those ungrateful machines sent Terminators back in time to fight the human resistance. What they weren’t counting on is John Connor had some extra security in the form of Robocop, who seems like a much better choice to lead the human resistance than Edward Furlong or Nick Stahl. After battling through several Terminators and taking out Robocop Mark II and a Skynet hacked ED-209, Robocop logs into the system and plays right into Skynet’s plan. He wakes up in the future in a Terminator-infested wasteland where he needs to finish the fight to destroy Skynet. Judgment Day already happened and humanity has been surviving in post-nuclear holocaust desolation for decades, but it’s never too late for a fresh start. 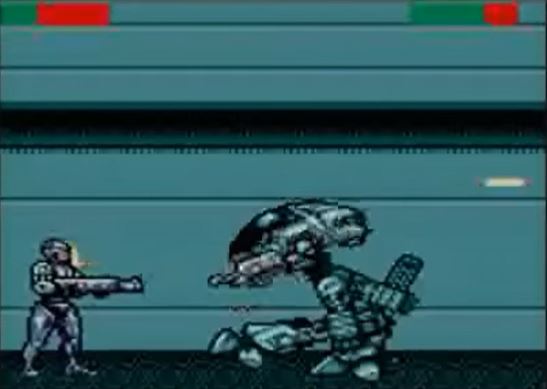 As cool as Robocop is, I do have a lot of doubts of how well he would stand up to a few Terminator units, especially if they send back a few T-1000’s or T-X’s. Really, what Skynet should have done is sent back a T-1000 to assume the form of senior executives of OCPs. Assuming the ruse was effective, Robocop would have been completely incapacitated in attacking them and the Skynet army could disassemble Robocop for scrap metal and spare parts. Not sure if it has ever been established in the Robocanon if his visor analysis could detect T-1000 trickery, but that’s an option Skynet should have at least considered especially since T-1000’s existed in the Terminator canon when this game was released.

Despite the same name and general premise, the Game Boy and Game Gear games are quite different from each other. In the first level of Game Boy version. Robocop goes into the sewers. It’s a shame the game doesn’t take place in New York City as he could have enlisted the help of the Teenage Mutant Ninja Turtles who have experience in destroying evil robot henchmen. Granted, T-800 units look a bit tougher than Shredder’s Foot Soldiers but they lack the ninja programming. I also fail to see how adding the Turtles to this crossover would not improve things. The Turtles have done time traveling as well, both in the third movie and in the second arcade game. Robocop could team up with the Turtles who have recruited an army from medieval Japan, plus their pals from Dimension X the Neutrinos could bring in some extra fire power against the Terminators. Robcop and Teenage Mutant Ninja Turtles Versus The Terminator would have been the ultimate game in 1994, plus Turtles in Time was made by Konami who also made The Simpsons, Aliens and X-Men arcade games so the licensing rights at the time could have let to some amazing possibilities. Maybe Skynet captured Wolverine and made indestructible adamantium Terminators, and the X-Men would need to form an alliance with Magneto to defeat them. 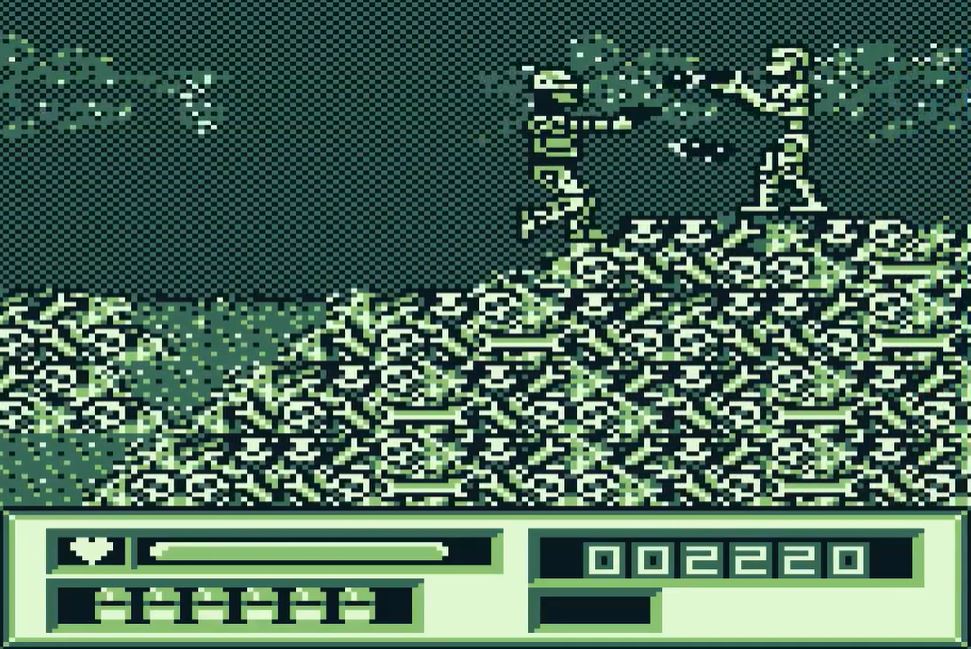 Okay that was quite a tangent of nonsense. Back to discussing the differences in the two games, besides the obvious the Game Boy is monochrome and Game Gear is in color. The plot and core gameplay of the two games is the same, but that’s about where the similarities end. The level designs are different and there’s even a different final boss in each game. The Game Gear has Robocop showing off more athletic prowess with a lot of verticality in level design that requires a lot of jumping, something that seems impractical since I imagine Robocop jumping is comparable to an elephant trying to jump. The Terminator-infested world of the Game Gear version also has a lot of monkey bars he needs to travel across. The Game Boy version is more horizontal in its level layouts and also a shorter game. Also, this was back before Nintendo caved into their love of money and started allowing gore in their games, so the Game Gear version is much bloodier. Robocop would shoot a human-looking Terminator and one shot would blow off all their blood and guts, revealing the famous endoskeleton.

As different as they are, the two Robocop Versus The Terminator games are similar enough where it’s a safe bet if you like one game you’ll like both of them. The Game Gear version has slightly more labyrinthine levels compared to the straightforward designs on Game Boy, but the premise is the same for both. Travel through the levels, battle a bunch of Terminators and eventually defeat Skynet to save the remnants of humanity. It’s straightforward run and gun play in either platform, and while it might not be the best mechanics to represent the genre, they’re solid enough where the game remains fun. 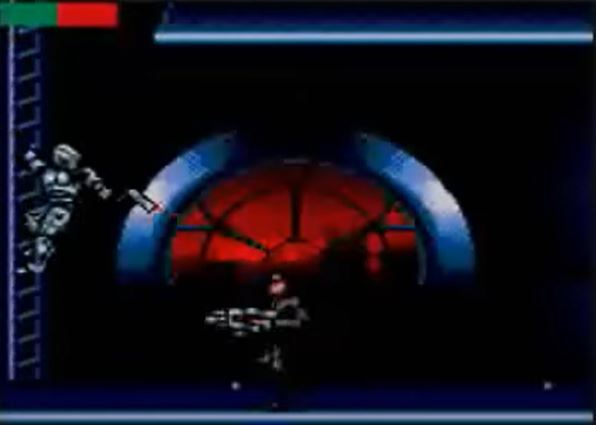 Robocop and the Terminator are two of the best cyborgs to come out of ’80s cinema, and while these games were made in an era where movie to video game transfers were often as smooth as industrial grade sandpaper, both of them are actually good. There are a criticisms of course; the game mechanics help cement both titles in the good but not great category. While run and gun titles — especially from this era — were not story heavy, it would have been cool if the narrative from the graphic novel played in more cutscenes, but that’s what we get for these games not being developed ten years later. All in all, if either title can be found cheap in a used store they are a good enough excuse to fire up the old handheld.