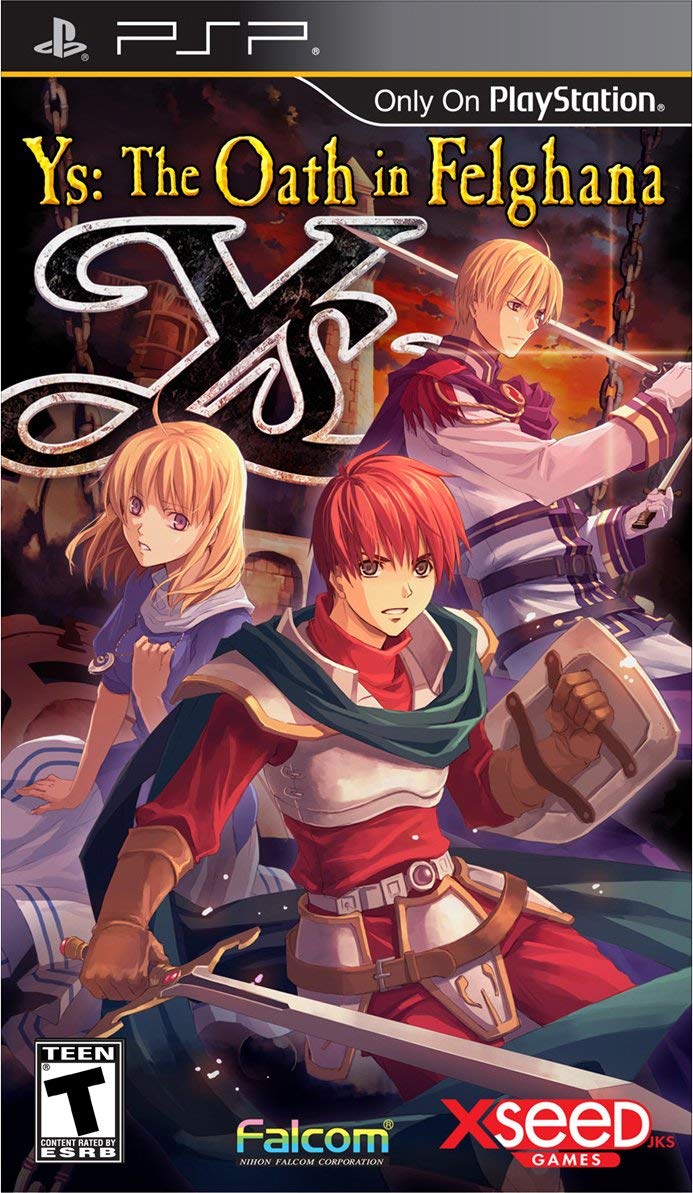 Ys has enjoyed a moderate level of popularity in the western world but is often overshadowed by its more well-known brethren when it comes to Japanese role-playing games. Various games in the franchise have been available for several decades across several platforms but the handheld world seems to be where the greatest amount of Ys western localized versions reside. Ys: The Oath in Felghana is one of the more interesting titles to appear on a handheld system in that it is probably the most-changed Ys title in its journey to PlayStation Portable. Enhanced ports are one thing, this is definitely a remake.

To say Ys: The Oath in Felghana is a port of the 1989 Ys III: Wanderers From Ys is a true but incredibly misleading statement. After overhead view of Ys Books I & II, Ys III pulled a Zelda and flipped the game into a side scroller. The 1992 SNES Ys III was fun enough to ignite my interest in the series but like the elfin swordsman named after encased assorted meat byproducts, one venture into the realm of side scrolling was enough and the series reverted back to its more traditional format in later installments.

This was also the treatment The Oath in Felghana received. The PSP rebranding was in the overhead isometric format so many Ys titles are in which makes port a very different game. This change completely reimagines the game world. The town of Redmont and surrounding mines, mountains and castles are completely different environments than they were in their 16-bit incarnations. While this transformation can be disappointing for fans of the original who wanted the 2D version with a facelift, the changed perspective and subsequent different gameplay mechanics succeed in delivering a new way to experience a familiar game. 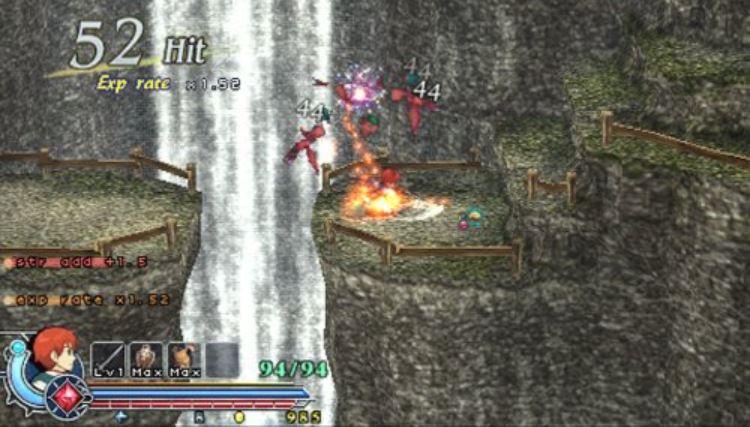 Set three years after the events in the previous Ys games, Ys main protagonist Adol Christin and his friend Dogi are returning to Dogi’s hometown of Redmont where they meet Dogi’s childhood friend Elena Stoddart. Things in Redmont are not going well as soldiers from Valestein Castle have been terrorizing the townsfolk. As an adventurer, Adol’s favorite hobby is traveling to towns throughout the world and meddling in the local affairs to fulfill some heroic ambition. He decides to assist the townspeople by going to Tigray Quarry to find their mayor Edgar who has been missing since the cave in. The quarry is naturally overrun with monsters but Adol does acquire an important statue for his troubles.

Adol learns that Lord MacGuire of Valestein is trying to collect these statues for nefarious reasons. One of his henchmen is Chester Stoddart, brother of Elena and a further argument that all people named Chester are terrible (Editor’s note: There are many very fine people named Chester in the world). What started as simply meddling in the case of the missing mayor has now sent Adol down a path where he will end up traversing snow capped mountains and volcanic caverns under temple ruins, but we won’t go into all those details here since it’s more fun to experience the story’s unfolding first hand in the game.

The story in Ys III was rather straightforward and clear in its original format but The Oath in Felghana adds several additional scenes to make the narrative element more prominent. These added dialogue sequences do provide a greater explanation for what is going on in Felghana than the original version and shows a greater degree of character development, making the game feel more like other post-2000 Ys titles. This also is true of the shift away from the 2D side-scrolling perspective. The own downfall to this change is some of the platforming in later sections of the game don’t translate too well to the small screen and PSP control mechanics but overall the shift in perspective makes it feel less out of place with other Ys titles. The more powerful hardware allows for a greater number of enemies on screen. These changes lead to an action RPG that delivers high-octane action complemented by a richly-developed story.

The music of Oath in Felghana is a highlight of the game and there are some different options to experience it. There are a couple audio selections that allow the player to choose from a couple different original sounds from different platforms to showcase how the music in the original Ys III would actually sound. The preferable option is the modern arrangement, which breathes new life into the songs by presenting them in a manner that is more akin to how an orchestral performance of these compositions would sound, which this is the version that made the five dollars spent on the soundtrack at a trade show some years ago well worth it. 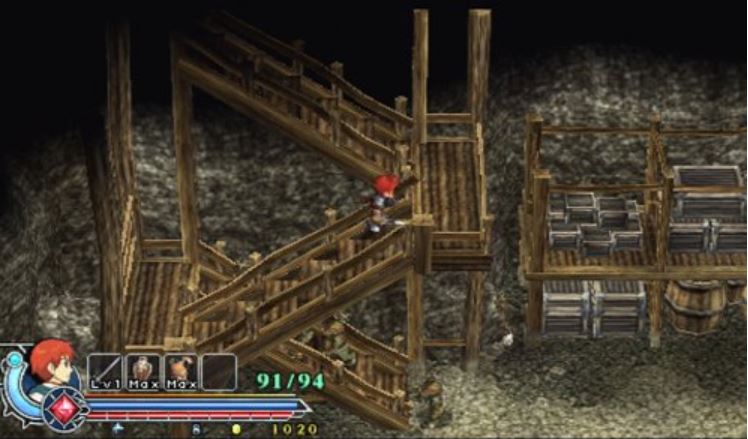 Ys: The Oath in Felghana is a remake of a game that didn’t necessarily need to be remade but ultimately improved the source material. The expanded story, multiple audio options, modernized game mechanics along with new game plus options make this the superior version of the third installment of Ys, once we remove the nostalgia blinders. But despite being the overall better incarnation, like most drastic remakes it’s best to view it as a companion piece more so than a replacement. The original version of Ys III is a fine game and worth a revisit on the occasional dusting off of a 16-bit console, but the PSP version offers a more complete telling of the story in a game format that feels more congruent to other Ys titles. There are many Ys titles on handheld consoles worth playing and perhaps SNES nostalgia is giving some bias but for the uninitiated this would be a good starting point to get into the series.