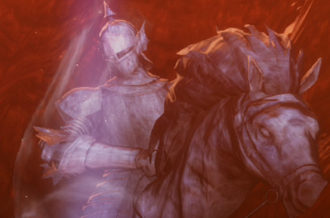 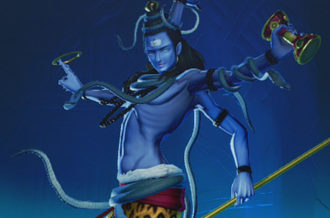 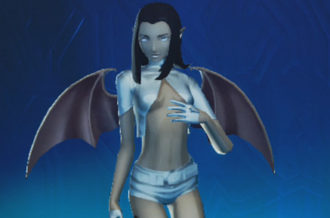 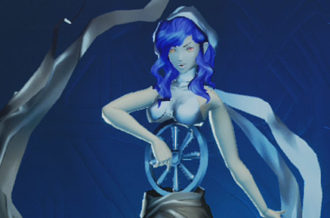 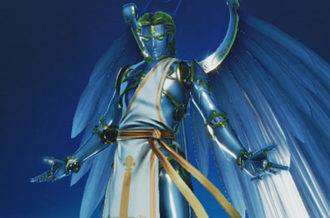 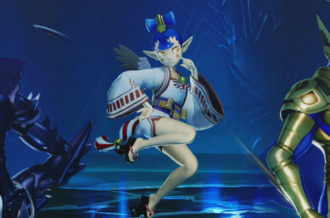 Hello, and welcome to yet another edition of Screenshot Saturday! A day where those involved in helping to create some of the most interesting games yet to come use the #screenshotsaturday tag to showcase little glimpses of their work, and where we gather of the best and highlight them! And sorry if I’m rushing through things again, but it hasn’t been easy work this week. Aside from a couple of personal issues, it turns out that it’s incredibly hard to play through Pokémon Sword and Shield with as few spoilers as possible and also do one’s job that happens to require Twitter, where people you follow suddenly have no issues in slapping up/retweeting things that could be considered spoilers as much as possible. So without further ado, let’s get to the games already, because I need to get back to raising my Pokémon team. Enjoy!

Drake Hollow- Well, the latest game from The Molasses Flood caught the attention of more than a few people when it was unveiled at X019 just a couple of days ago. But while helping to build villages for a bunch of cute fantasy critters looks fun, it would be cool to still for those at home to see more of the game. And while it may not be the most action-packed clip, this shot of The Hollow still provides a nice peek at the game’s gorgeous world that we can’t wait to play in.

The Wild at Heart- But should you still require a shot of some ridiculously cute fantasy critters from another intriguing and colorful adventure in action, well, that’s what Moonlight Kids are here for. And just like the Drakes, some Spritelings aren’t necessarily ready for dark creatures lunging at them, as seen here, so best to be prepared.

Quantum League- So what we have here is an FPS sports game about time loops that sees you managing a whole team in a king-of-the-hill match that consist entirely of yourself. And as we’ve discussed before, that makes for some fun gameplay, but you can still take the concept of a one-person team to the next level by doing such things as wiping out the opposition all by yourself, as seen here.

Today’s #ScreenshotSaturday spotlight is Sakuna: Of Rice and Ruin, which is coming soon to the Nintendo Switch, PlayStation 4 and Windows PC.https://t.co/XV6MWy1MZq pic.twitter.com/rUIMMOtRKB

Sakuna: Of Rice and Ruin- Well, for a game being developed by a mere two-man team, this side-scrolling action game still manages to look unbelievably beautiful. As agriculture is a big theme within the game, it only makes sense that any sort of crops and vegetation should look rather impressive, after all.

After 2 years of hard work @UpstreamArcade we finally revealed our game at #X019 Many thanks to @RawFury The Beta is live on Xbox One until the 25th of Nov, and here is the reveal trailer #WestofDead : https://t.co/w9ucxQWD3o #madewithunity #screenshotsaturday pic.twitter.com/qRNL6kSV4S

West of Dead- And thus we have another game that had its proper unveiling at X019 popping up here as well. The fun twin-stick action, unique setting, and incredible artwork alone would have been enough to win me over, but all they really needed was the announcement that our badass protagonist here would be voiced by none other than Ron Perlman, and that had me throwing money at the screen. Or at least had me interested enough to check out the open beta on Xbox, available until the 26th.

The Last Friend- Some games are content to allow you to merely pet the dog. But this tower defense/FPS hybrid goes one step further by allowing you to channel the dog, gaining their power and essentially becoming the dog, thus giving you the ability to go primal on your enemies it a satisfying burst, as seen here.

fighting on the ground is so next millennium#BoomerangX #screenshotsaturday #gamedev #indiedev #gaming pic.twitter.com/X9277Vuvn0

Boomerang X- Because when you have gameplay this fast and crazy boomerang skills to show off, standing still on any surface for any length of time is more of a suggestion at best, really. As is fall damage, we assume. Basically, you get to become too cool for reality and physics.

Garden Story- This has become an unintentionally big week for games featuring cute fantasy creatures and/or games where you tend to a village and assist with building and protecting small towns, it appears. Case in point, now we have sentient grapes disposing of monsters known as the Rot in order to preventing them from wrecking things further. It looks like fun stuff, which is why you should probably give the current demo a whirl.

A Frog’s Tale- And currently raising funds via GoFundMe, the incredibly adorable adventures keep on coming. Now we have one frog’s journey to save their charming little village and all of their inhabitants from being destroyed by a cosmic horror. And as seen with all of the work put into the cute denizens here, it’s a village worth saving.

Lost Ember- Arguably, this isn’t the most exciting bit of gameplay to see right before this award-winning body-swapping adventure comes out. But it still showcases just how much work went into crafting the game’s breathtaking world, and what it’ll be like to control even more animals, including the little fishies seen here.

Weirdlands- This particular game began posting updates on Twitter beginning only today, and simply describes itself as “a weird RPG.” And as seen with this stellar pixel art, it certainly seems to earn that title. Plus, the monster designs certainly beat the hell out of a haunted teapot.