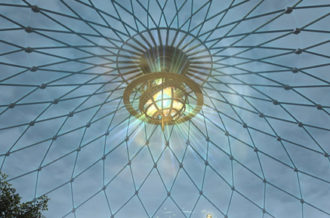 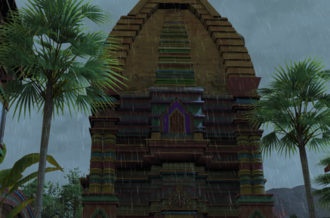 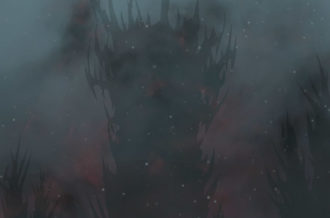 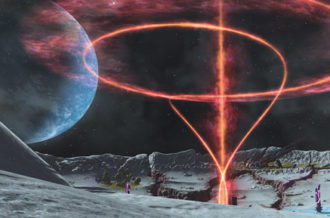 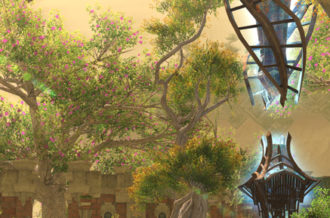 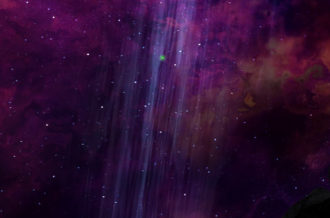 It’s the calm before the storm here in Screenshot Saturday this weekend. Or that’s what it feels like, anyway. We’ve mentioned before how activity with notable games was starting to increase as the start of this year advance, preparing for the likes of GDC and PAX East. And now with one month until they begin, things seem a bit more quiet than usual this week. Well, relatively quiet. As if even more prominent picks from parts of upcoming games are in the works to be tweeted out later. But for now, we still have a mighty fine crop of featured games, so let’s get to it…

Flame- Still in the early stages, not much concrete info is known about this title when it comes to its premise and gameplay. Given its themes and shots seen so far, though, it definitely appears as though we have a game about trying to keep a flame lit at all costs while moving it through on a journey. And judging by this clip, we’ll be doing it through one beautiful yet creepy world.

Deep Night Detective- For this 2D platformer, there were two tweets this weekend, one showcasing action while the other emphasized dialogue and the “Detective” portion of the game. The former is what winds up here due to it being just a tad more energetic and eye-catching, but it should interesting to see how the two blend together, so we look forward to more from this game.

Testing all the artifacts or "relics" together to make sure they play nice.#indiedev #indiegame #gamedev #screenshotsaturday pic.twitter.com/1jrCtrCiwa

One Step From Eden- Testing out all of the attacks/effects in a Battle Network-inspired roguelike game means having to go all out, resulting in scenes such as this. And the full game looks to be just as energetic as this test (but not as flat-out chaotic) when it comes to its combat, which you can definitely consider to be a good sign.

Yay! #screenshotsaturday
Here is some screens from our story-driven puzzle platformer #Inmost pic.twitter.com/yIF01F90Ar

Inmost- It says a lot that even with the final shot here depicting a household accident, everything here seems perfectly normal, yet still manages to perfectly give off the eerie vibe of an atmospheric puzzle-platformer. It’s a testament to just how eye-popping this style is, even with the cartoonish proportions of our lead characters.

Kynseed- Huh, so Tír Na Nog isn’t just the name of an obscure Power Rangers knock-off. You learn something new every day, I suppose. And speaking of the Celtic Otherworld, this game seems to be doing a terrific job at capturing its supernatural elements and lush world befitting some sort of paradise. Can’t wait to explore it in Early Access…

How to reach a platform that you can't reach by jumping? Bomb your self mid air. 3x. #indiedev #indiegame #madewithunity #gaming #screenshotsaturday pic.twitter.com/7coTX061SI

eXploder- If there’s one thing that multiplayer shooters have taught us, it’s that propelling yourself through the air via explosions is a fully legitimate form of travel. And even an action game that’s an ode to the late PS1 era knows the importance of pulling this kind of travel off, and also adds in multiple explosions to help ramp things up.

Another brute bites the dust when exploring the depths of #Sparklite!#screenshotsaturday #pixelart #gamedev #indiedev pic.twitter.com/q6WuijkABg

Sparklite- Well, I suppose any good game whose gameplay owes a lot to The Legend of Zelda needs to have a hulking porcine-like enemy in there as well. However, it looks like this may be just merely one goon you face during this roguelike game. Still, it’s great to see that even a goon such as this requires a set of impressive moves to take down.

Deep Rock Galactic- In between doing some procedurally generated first-person mining with your dwarf characters, it’s important to kick back and enjoy a reward, especially when it’s the one-year anniversary of your game being available in Early Access. But only making the beer half price instead of setting up a free keg for the party? I share our hero’s disappointment here.

When someone is talking to you before your morning coffeehttps://t.co/8lx6iYSxjV#screenshotsaturday #indiedev #gamedev #madewithunity #indiegame pic.twitter.com/REIjQg6Z5I

Edge of Eternity- Available now in Early Access, this turn-based RPG looks quite impressive, but the sign of a great fantasy world lies in creative character and creature designs, if you ask me. And our grumpy, portly, split-headed guy here certainly leaves quite the impression. Here’s hoping a lot of the other enemies are like them in terms of style.

Edgar – Bokbok in Boulzac- The classic story about a man, his chicken, his squashes, and the city that he ends up needing to save. Truly a tale as old as time. And here, it’s a tale with one impressive, cartoonish style, one perfect for a comical graphic adventure game. Also, that does indeed look like one comfy chair, albeit one that’s hard to get into.

Witchmarsh- Because once again, we break the rules of Screenshot Saturday and decide to showcase a soundtrack clip instead of a standard picture, GIF, or even a video. And besides, this truly is one killer jazz track perfect for a 1920s setting like the one in this game. Not sure if it’ll play when combating supernatural forces, but it’s still incredible to listen to.