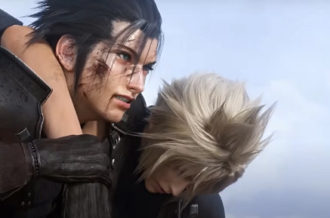 Since it’s October, it’s an absolute must that horror video games are mentioned. There have been many throughout the decades to scare, thrill, jump and absolutely terrify. Perhaps there was a horror game that actually kept you up at night! Either way, hundreds of titles are out there and this list is made up only five. We decided to take a look at some that have been around for years and compare their past to the present. We won’t touch on everything because that would take more than a month to cover, but some of these are definite legends of the genre which makes it worth delving into. See how things started out and what they’ve been up to lately. 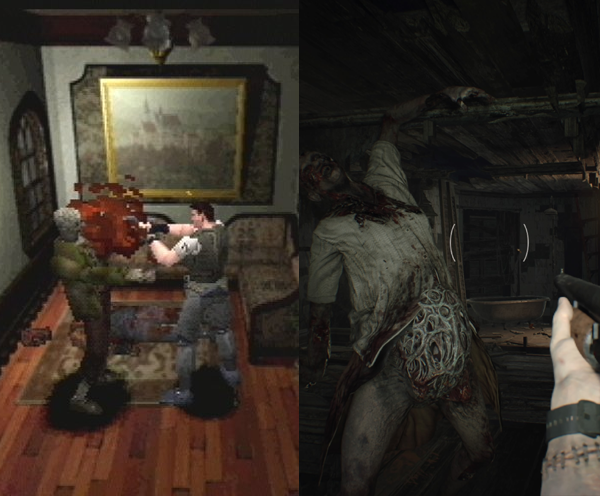 Of course we must start off with an instant classic. Resident Evil is the video game that basically birthed the horror-survival genre. Back at the height of Sony’s PlayStation, Resident Evil was revolutionary in gameplay, plot, graphics, sound design and more to fully immerse players in a terrifying new way. There was deep storytelling that would eventually spawn an entire series. While there were some gems and bumps along the way, we eventually land at the seventh entry of the main line, Resident Evil 7 biohazard. We jump right into a new setting which immediately emits creepy vibes. Exploration and combat are equally tense which builds up to a feeling of uneasiness throughout. Advancements in technology allows for the option to play in virtual reality which thrusts users straight into the action. Both the first and most recent games have been critically acclaimed. Capcom has been able to constantly rework the Resident Evil series to bring back familiar horrifying moments while taking things in a new direction. 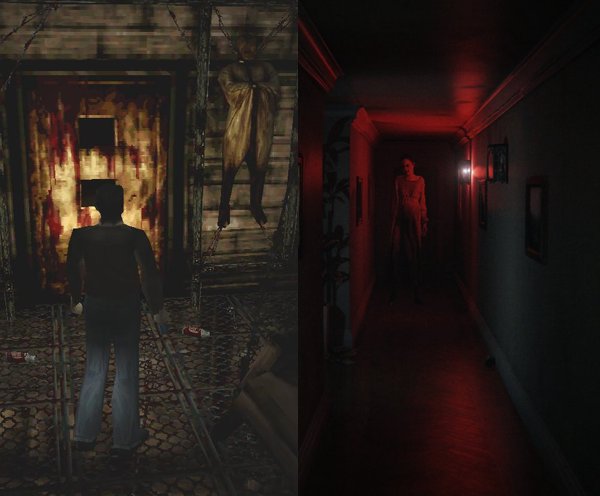 Here we have another classic horror title in Silent Hill which started back in 1999. Many can remember that dense fog rolling in while you traverse levels only inches at a time so there are no surprise enemies coming after you. Unfortunately, that tactic doesn’t work out too well as the game was known to play off fears and get inside your head. And there is really no escaping what happens in there! It brought a supernatural sense to the genre in a way to keep you on the edge of your seat. Silent Hill was highly regarded upon its release and sold millions of copies. Throughout the years there have been some hits and misses. Then, we arrive at 2014 with the announcement and initial release of P.T., the spiritual successor to the series and teaser demo for Silent Hills. Fans were excited for this twisted new tale set in a haunted house. Many quirks and gimmicks were part of the gameplay as players had to make their way outside. P.T. was the first step into giving the franchise a fresh start but things didn’t work out and the Silent Hills project was cancelled. While all would be thrilled to enjoy a full version, there just doesn’t seem to be plans coming to fruition. Perhaps it’s fitting a horror title doesn’t come with a happy ending. 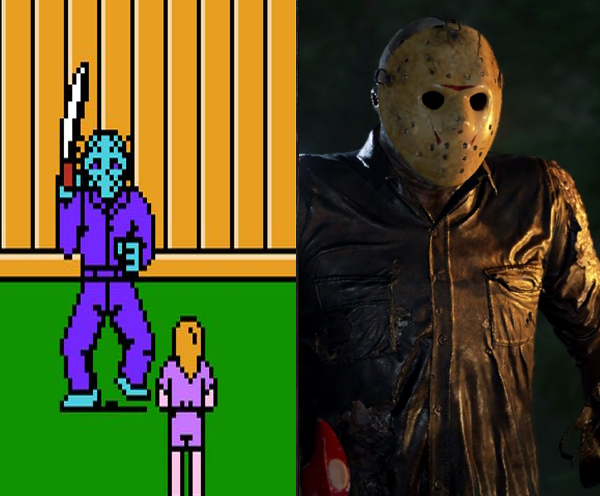 Back in the NES days, it seems to have been impossible for a fun, scary game to even exist. That was pretty much true for anyone checking out Friday the 13th. It was highly regarded as one of the worst games created. Gameplay was terrible with graphics that did not fit in anywhere. The release could be viewed as a way to cash in on some of films being released during the 80’s and nothing else. Luckily, nearly thirty years after its release comes the only other video game from the franchise. Friday the 13th: The Game stood out much better than its predecessor. It was released earlier this year and captures the spirit of a horror film in fun ways. Features like online play, the ability to play as the killer, fleeing as campgoers and multiple death scenarios brought the video game legacy back to life. Then, additional content being made available lets you kick things up a notch. While neither Friday the 13th video game could be considered particularly scary or terrifying, it is a horror game nonetheless. In fact, it is possibly one of the very few series in the genre to make a complete turn around! 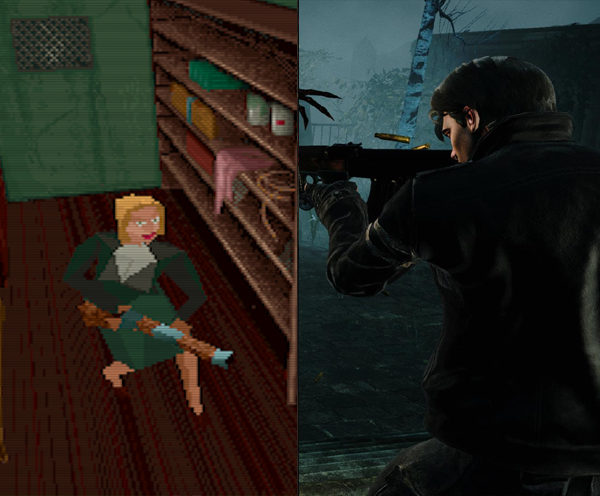 Not many games had much interactive elements back in the day. Alone in the Dark featured plenty of scary moments that would cause players to jump. The setting of an early 20th century home provides the perfect environment for solving a mystery. There are even monsters to watch out for, secrets to discover and other freaky things going on.  Alone in the Dark was praised for its graphics and story which spawned a few sequels over the years. It was definitely a title one should play with all the lights off as even the slightest sound will send shivers throughout the body. Then, we come to the latest installment of the series. Alone in the Dark: Illumination is only two years old but seriously plays like something from two decades ago. It is definitely not the game it used to be but of course it shouldn’t be since it’s been so long between them. Illumination went the shooting game route and turned into more of an action game than a thriller. It has been universally panned and received low scores from many publications. This is the seventh game in the series which you would think would be the best but there’s just no beating the original. Alone in the Dark has gone from a game you want to play in the dark to one you’d wish to leave alone in the dark. 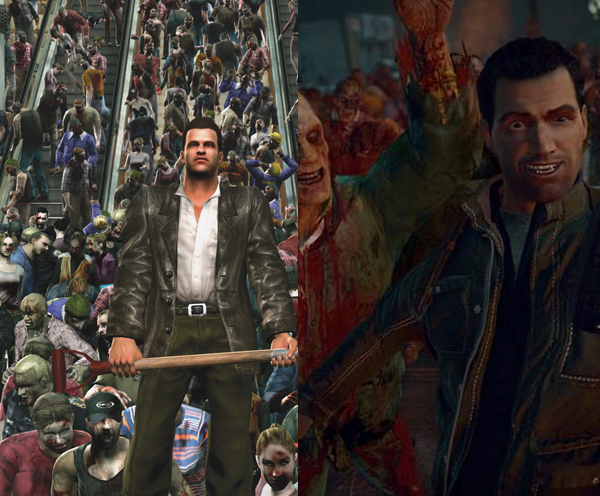 Frank West isn’t your typical action hero, but he makes due with what he can in the Dead Rising series. While not necessarily a spooky or horrific title, there are tons of zombies to face and things can get gruesome. Dead Rising took part in the trend of taking down hordes of zombies but added humorous tones to the action. Players would be surrounded by up to 30-40 enemies at a time. The game was praised for its sandbox-like environment of a mall which brought a lot of fun to how one would defeat the undead. There have been sequels and spin-offs, even film adaptations created on the way to Dead Rising 4. It’s another more recent video game to be featured on this list which turned out to be great. The title relied on creating an even more humorous tale. Frank West coming back after a hiatus is perfect for fans of the original. There is even DLC content being released for an enjoyable time chopping, burning, and smashing zombies. For a series that is only a decade old Dead Rising is doing quite well for itself and could keep upping the ante with future releases.

There are many popular horror titles that have been around for years. Let us know which ones you enjoyed way back in the day and what are your favorites now. Perhaps there is an old one you wish to receive an updated version. Enjoy playing them all during the spookiest time of the year.