Sometimes it takes a while for a game to find its audience.  Originally released in the arcade, Battle Garegga got a Saturn release and then…nothing.  The Japan-only Saturn edition slowly climbed in value as time went on and more people came to appreciate it, and while nice for collectors that wasn’t so great for those who just wanted to play.  Thankfully M2 came to the rescue with its Shottriggers line, which in keeping with company tradition is as faithful to the original game as humanly possible.  Battle Garegga on PS4/Xbox One is basically the arcade version, except with all sorts of lovely new toys.  Graphs and data fill in what would be wasted space on the sides of the screen, you can change the bullet color to see them better, pick one of four soundtracks and even access a Super Easy mode.  That last one dispenses with the need to manage the difficulty rank by letting power-ups go by or committing suicide, which is nice when you just want to blast the military of an invading nation into so much shrapnel.  The Shottriggers edition is the ultimate version of a fantastic shooter, so its physical release was reason to be excited.  In addition to the standard version, Limited Run Games also had a Collector’s Edition, packed with any number of goodies to make it a thing of joy and beauty.  I got to open a copy and here’s what I found inside.

First up is the actual box, which would be a bit larger than necessary if it didn’t have a record album included.  It’s 12 7/8″ x 12 7/8″ x 1 3/4″ in size, giving plenty of space for the game art to pop on the front.  Removing the top reveals the game, documentary in a Sega Saturn-style case, and pin, with everything else nested below. 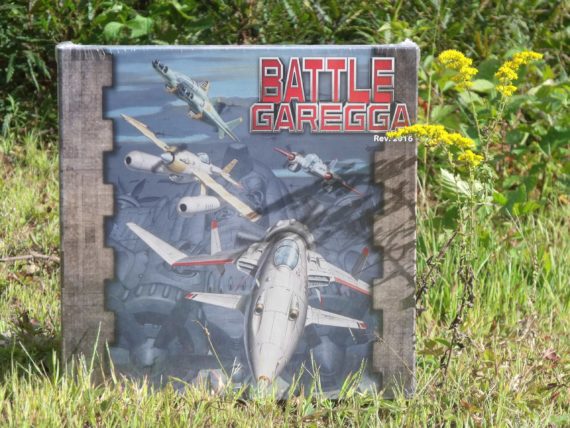 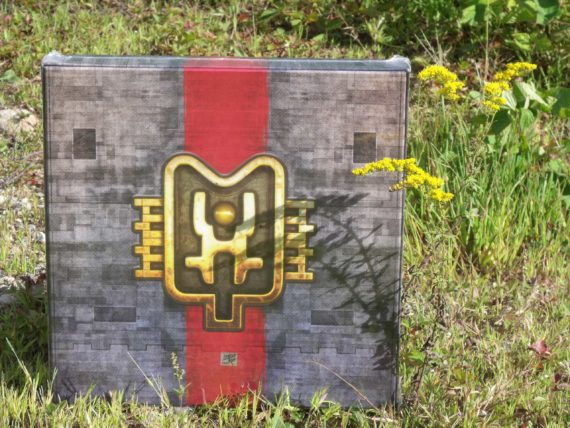 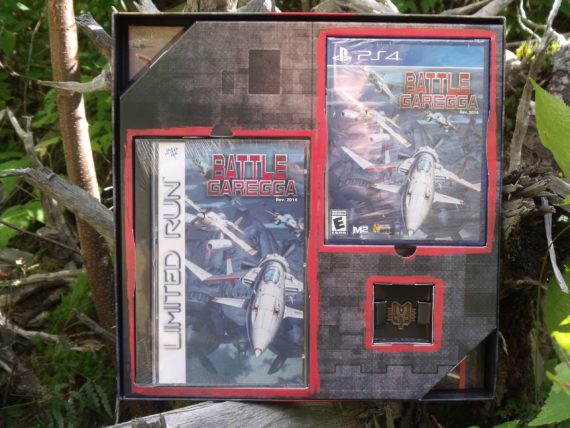 Starting on the bottom tier, the first item is a set of five postcards showcasing boss encounter art, except for the one featuring all four player ships flying in formation.  Below that comes the arcade poster, printed on slick near-cardstock and perforated down the middle.  The remaining paper goodies are a reproduction arcade flyer and operator’s manual, just like it’s 1996 all over again. 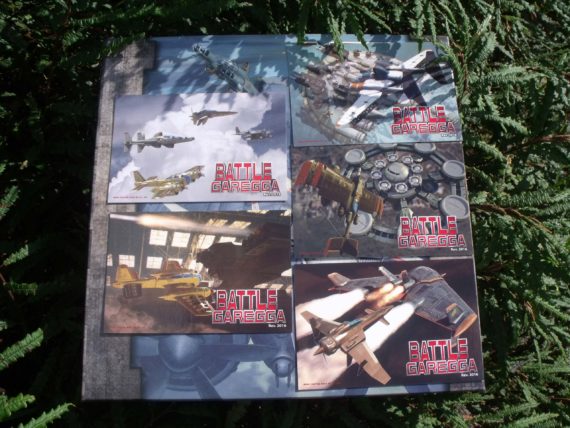 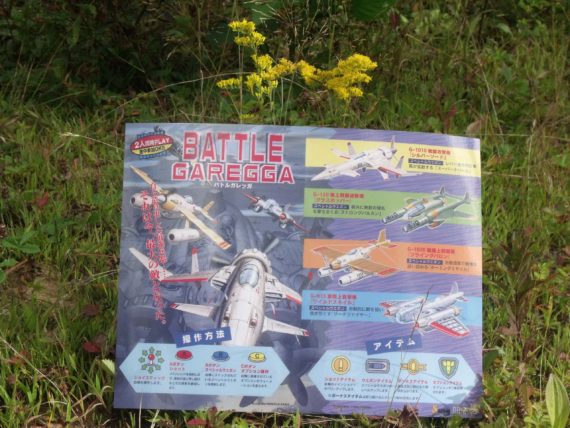 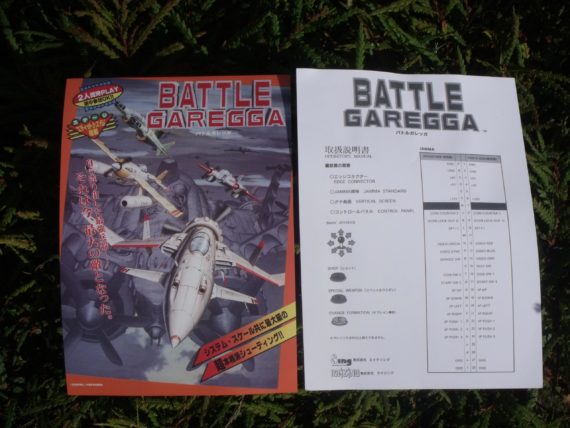 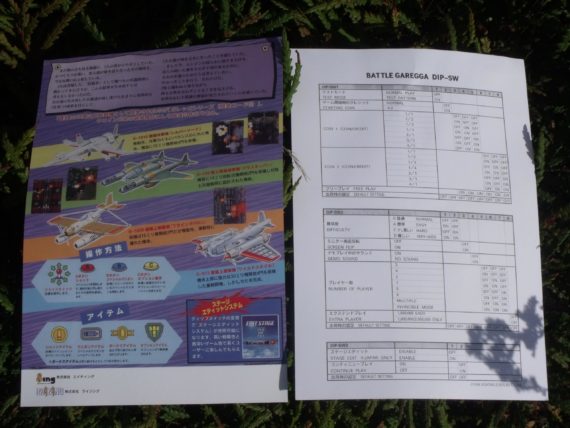 Below that comes the soundtracks, first on CD- 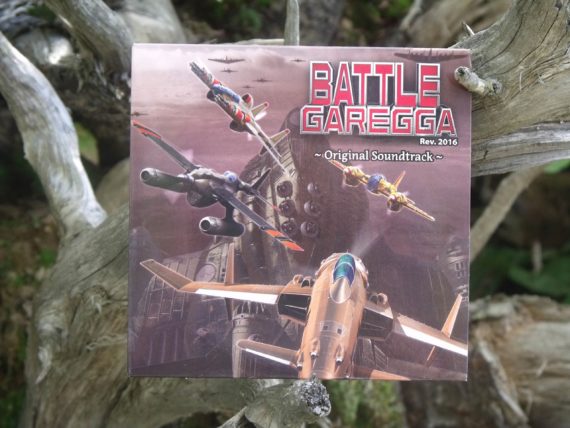 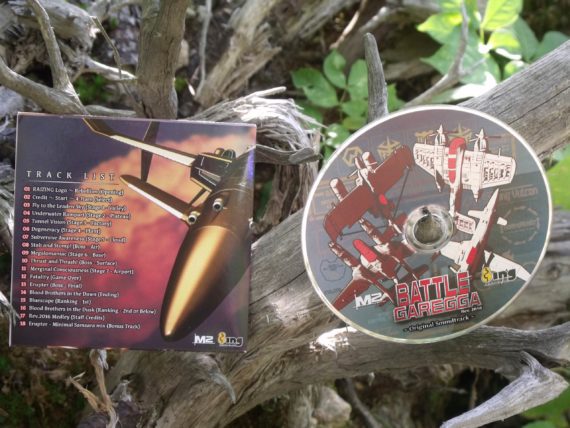 -and the second one on vinyl.  Both feature the exact same track list, featuring 18 songs total, but while all the music fits on a standard CD it takes two records to contain everything.  It’s worth noting that I had a much cleaner view of the alternate sides of the album before the shot was disturbed. 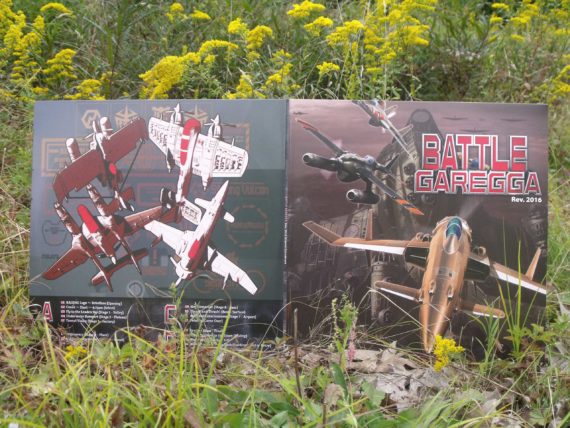 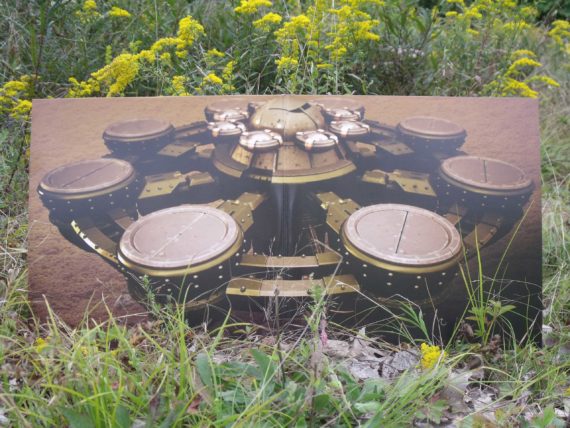 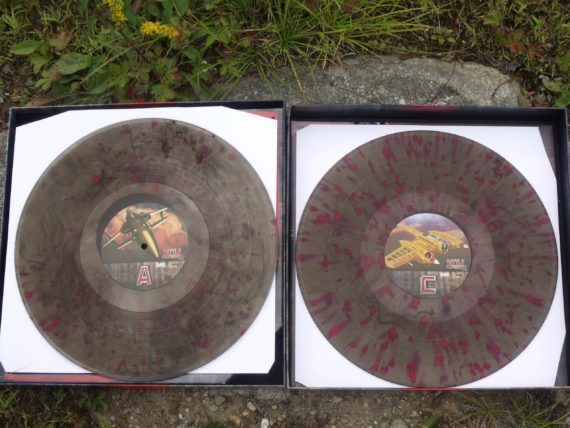 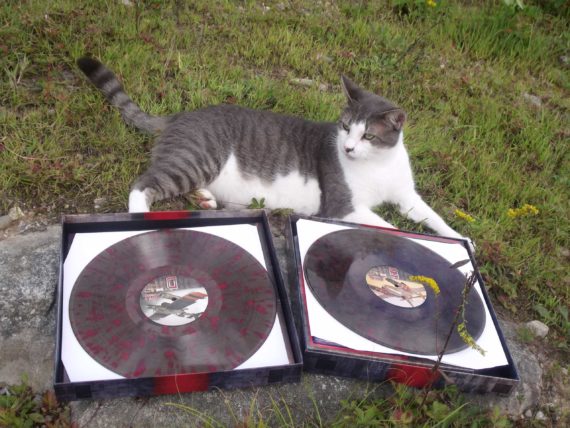 Heading back to the goodies in the cardboard tray at the top, the documentary is a beautifully packaged thing.  You can watch the full hour-long production by My Life in Gaming here on Youtube, but there’s something extra-nice about having a Blu-ray in a Saturn case, complete with foam insert to prevent the cover from sagging.  As you can see, it comes kitty-approved. 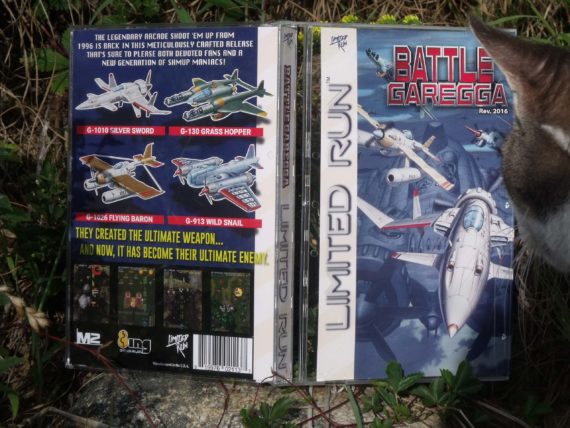 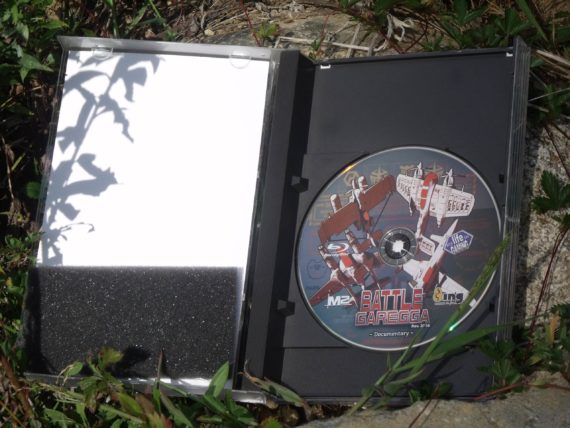 The second to last stop is the game that caused all this, housed in a standard PS4 case with reversible cover.  There’s no instruction manual on this, with the insert being a mini-flyer. 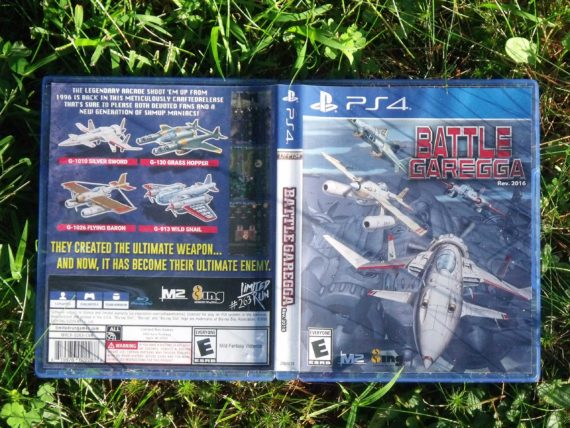 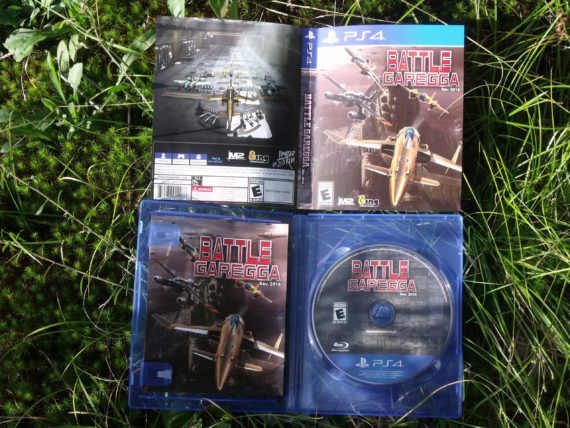 Finally at the tail end comes the pin, which is a solid chunk of metal recreating the highest point-drop medal in the game.  Wearing it guarantees you’ll have a spare 10,000 points whenever you need it. 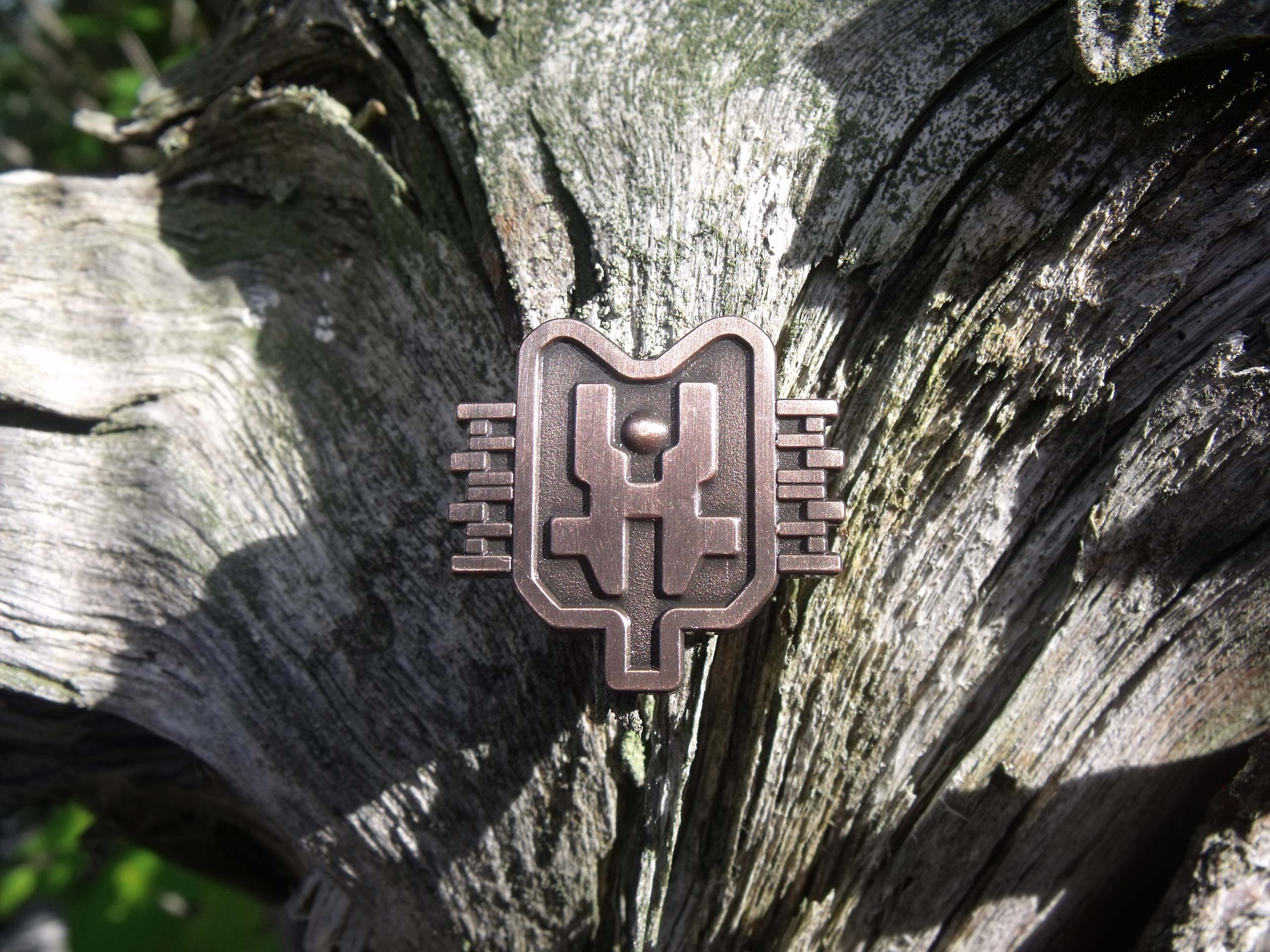 There are many shooters that welcome new players in, gently explaining the mechanics one at a time until everything makes sense while the difficulty ramps up with player ability.  And then there’s Battle Garegga, which starts off wanting the player dead and only gets less friendly from there.  It’s a game for people who like to learn their way into the depths, slowly evolving their play style from “shoot everything” to “manage everything,” which are very different goals.  The arcade action covers up a meta-game about when to power up and when to commit suicide, all in service of taming an invisible rank-up system that can increase difficulty to the point you’d need to be the god of pixels and reflexes to survive.  It’s a system that allows players to push the edge of their skill in pursuit of score and a huge part of why Battle Garegga is considered one of the great arcade shooters.

That hidden difficulty is also part of why it took so long for Battle Garegga to rise from being a fondly-remembered shooter to being considered one of the greats, but it not only got there eventually but also earned a modern-day rebuild courtesy of M2.  The Limited Run Games edition finally brought the game to physical media (the Japan-only Premium edition had a download code for reasons that must have made sense to somebody) and its Collector’s Edition is the ultimate way to get it on the shelf.  A very big shelf, of course, but once you’ve made room it makes a bold statement that, finally, Battle Garegga has come home.