Alex Kidd has been gone for decades, last showing up on the Sega Master System and almost completely forgotten to history.  As mascots go Alex couldn’t hold a candle to Sonic, and despite usually reviewing well, faded into obscurity until being recently rescued with a remake of the original game, Alex Kidd in Miracle World DX.  Sega’s platforming adventure may not have been a lost classic but was a big part of its early console history, and the DX version built on the original game with new levels, sharp pixel art that could revert to the original graphics with the touch of a button, and revamped bosses and music.  Seeing as Merge Games is the company that brought it back it was a no-brainer that Alex Kidd in Miracle World DX would get a release in its Signature Edition line, and the PS5 version recently showed up fully packed with Alex Kidd-related goodies.

Starting off with the packaging, Alex Kidd comes in the standard Signature Edition box.  This is a sturdy beast wrapped in a slipcover with different art from the game inside.  Sliding off the cover reveals the black box with the silvery Signature Edition logo, and every item inside is securely padded into place with foam packaging.  Nothing gets to rattle around loose, and despite the sheer number of Signature Edition titles I’ve gotten to see, not a one has had anything damaged inside despite the long journey from England. 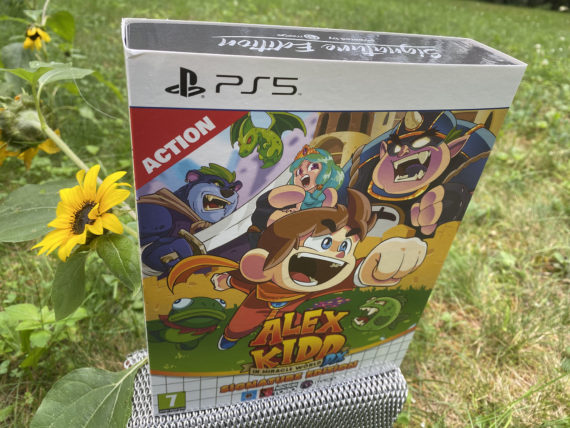 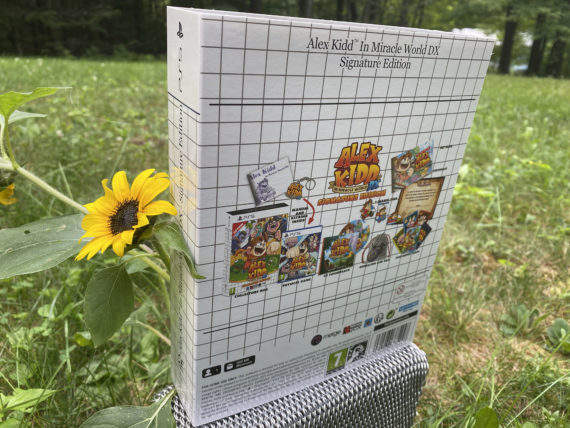 The first things greeting you upon opening the box are a 36-page art book featuring plenty of character and item designs and the numbered card bearing the digital signatures of the development team.  There’s a lot of cute art in the book, all colored sketches rather than the pixel art of the final game. 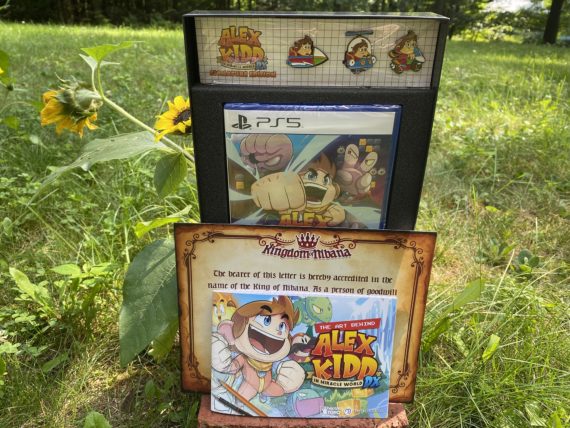 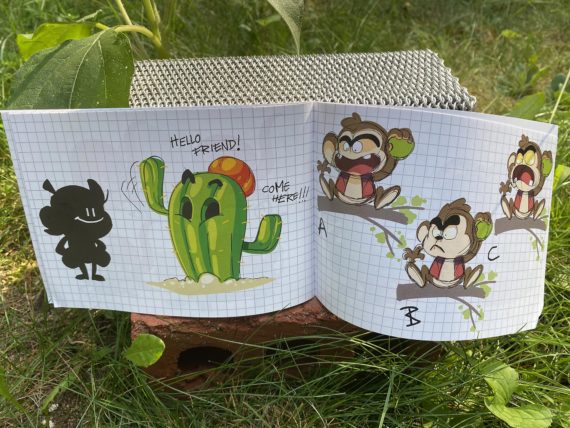 Underneath the game is a recessed area holding a number of items.  Starting off is the soundtrack, 41 songs long, plus a simple rock-paper-scissors card game featuring boss character art from the game.  Finally there’s Alex Kidd’s Sun Stone medallion hanging on the end of its chain and stored inside a felt money bag.  Secure in place above the game comes the final item, which is a set of three enamel pins featuring Alex Kidd riding the vehicles from the game. 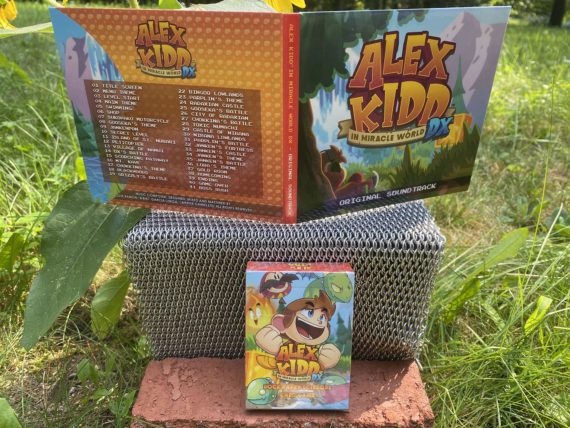 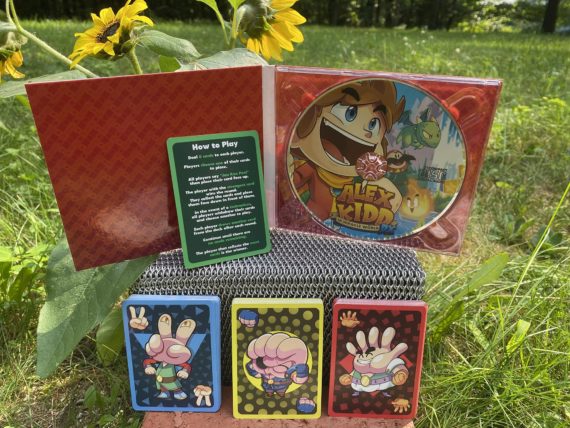 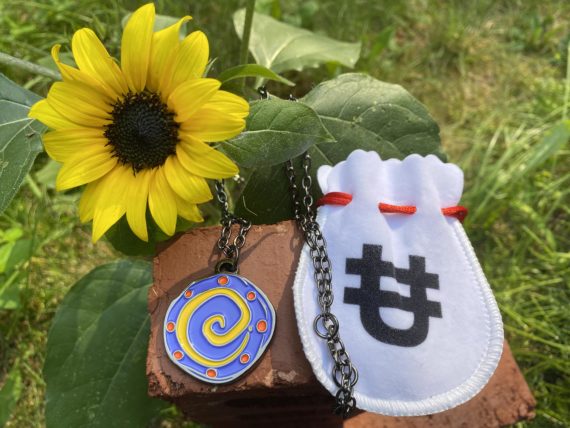 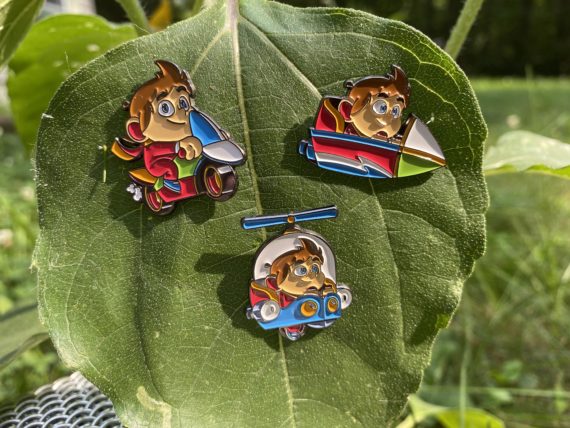 As for the actual game, that comes in a case with reversible cover.  The default one features the type of art you’d expect in something released today while the reverse is the original game’s US cover art in a style that must have seemed like a good idea to somebody back in the Master System days.  Believe it or not it’s actually better than most US Master System cover art, which had a uniform trade dress that’s instantly recognizable and then blew it with art that was almost always uniformly terrible.  Inside the case is an instruction manual in six different languages, the game disc and an Alex Kidd logo keychain. 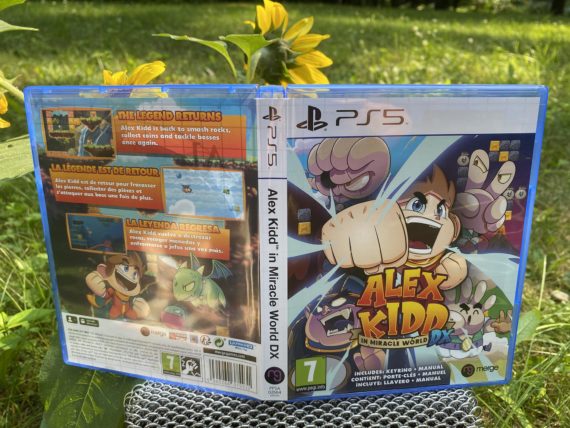 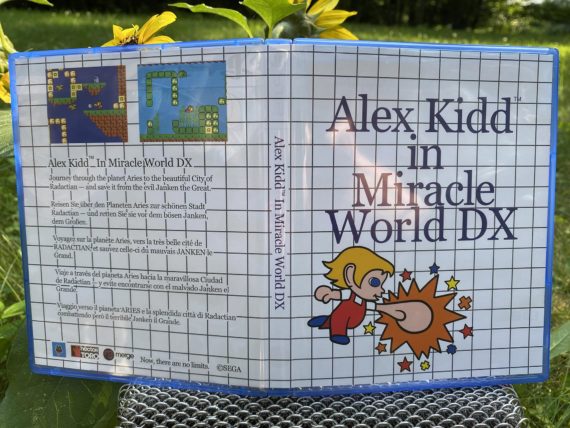 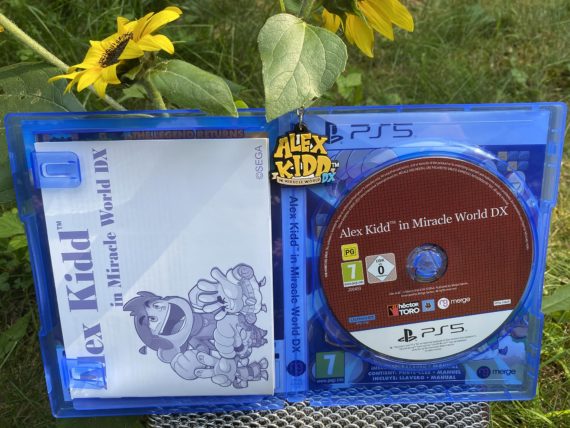 The Alex Kidd in Miracle World DX Signature Edition turned out to be an incredibly fun box of goodies.  True, at no point will I ever play a rock-paper-scissors card game, but like everything aside from the game it’s an entertainingly-themed piece of Alex Kidd merchandise.  This is also where I’d normally link to the Signature Edition store, but apparently the Sega fans are out in force for this and the game is completely sold out for everything but the PS4 version, and that one won’t last too much longer.  Of all the lost characters I’d have expected to see get a revival, I’ll admit that Alex Kidd wouldn’t have even crossed my mind, but the little guy has done exceptionally well for himself and clearly warranted an extra-fancy Signature Edition release.