Viking life could be harsh, and building a settlement in a new and previously undiscovered land doesn’t make it any easier.  In addition to setting up a living area, harvesting resources from land and sea, and managing the supplies to survive the brutal winter months, there’s always the problem of roaming undead warriors and the occasional dragon.  Northgard is a fusion of RTS and survival, where the settlement needs to fight as hard as its warriors to earn a place on the unforgiving shores of a hostile land.  It’s been out for over a year on PC but only recently saw a console release, complete with the physical version from Merge Games and a more deluxe edition from its boutique subsidiary Signature Edition Games.  The big-box Northgard just arrived last week on a perfect fall day, making for a lovely afternoon unboxing all the extras inside. 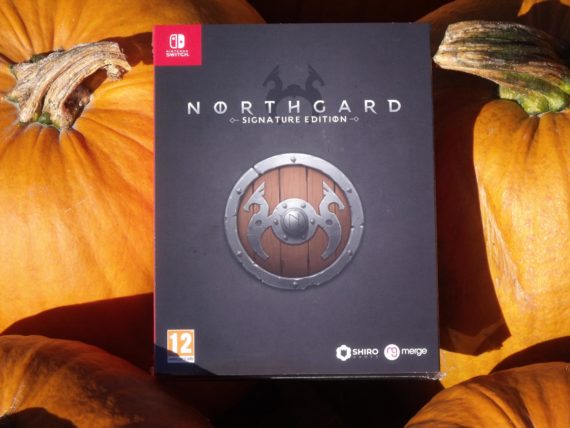 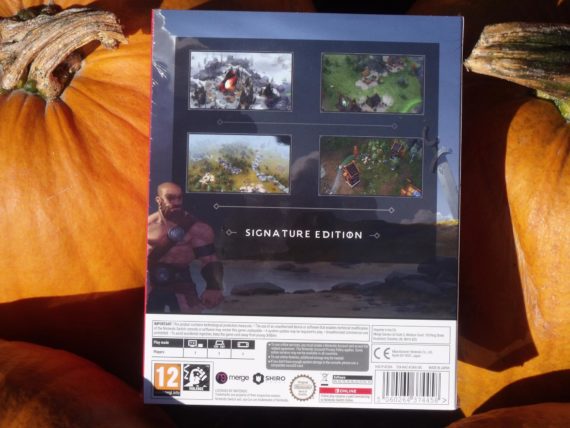 Opening up the box, the first things found are two sturdy full-sized cards.  The top one is an art card with a dire wolf glaring at the world over the remains of one of its victims, while beneath is the numbered certificate.  In addition to its number letting you know what place in the print run this copy of the game is, it also bears the digital developer signatures that give Signature Edition its name.  With the cards removed comes the rest of the contents, all held in place by snug foam packaging. 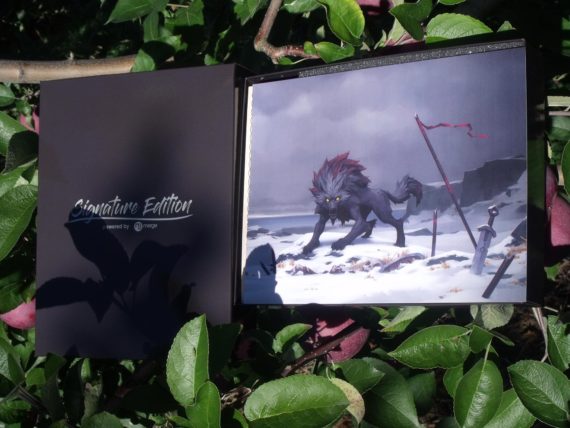 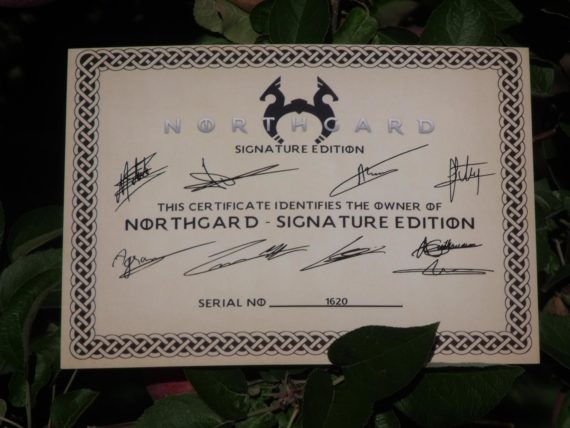 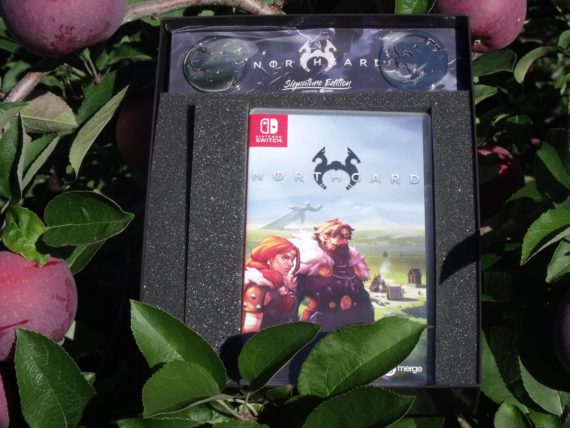 At the bottom of the the packaging underneath everything is the soundtrack CD, a 14-track compendium of music decorated with art from the game.  It’s nice ambient music and from what I can find this appears to be the only legitimate way to listen to the music outside of the game. 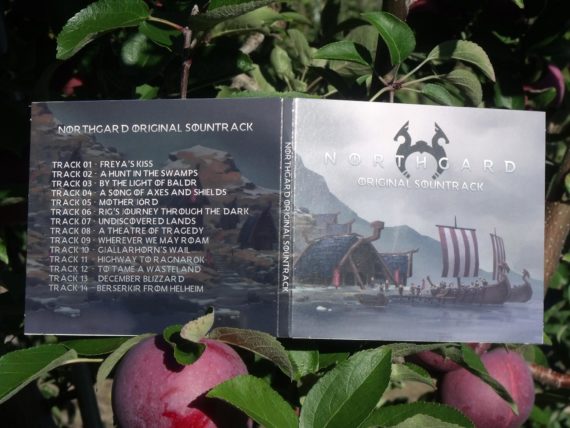 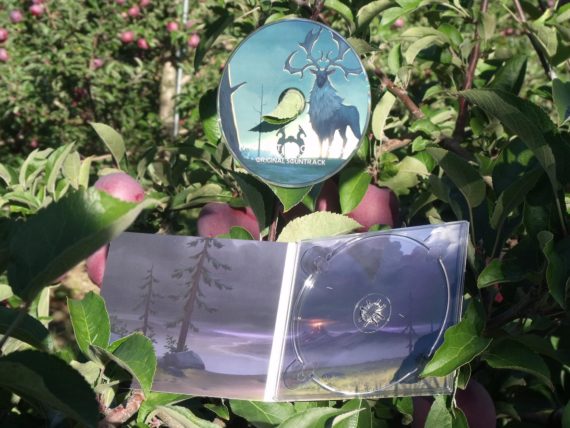 Resting safely between soundtrack and game case is the art book, which has some exceptionally nice extras in there.  In addition to the standard concept art and character designs is a history of Northgard showing the various designs it went through on its way to being the game it is today.  The cartoony initial version got refined through several iterations into the more detailed version that got released and there was even a NES-style prototype to test out basic gameplay. 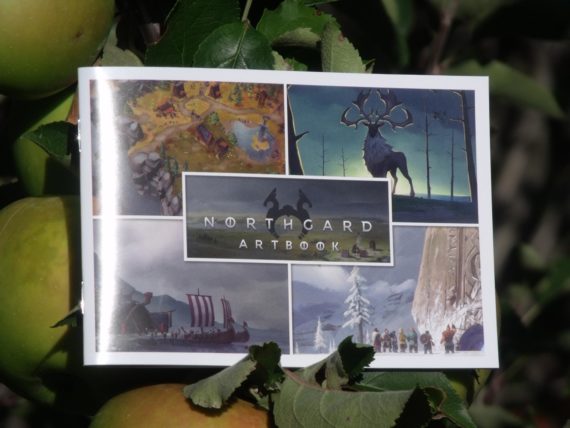 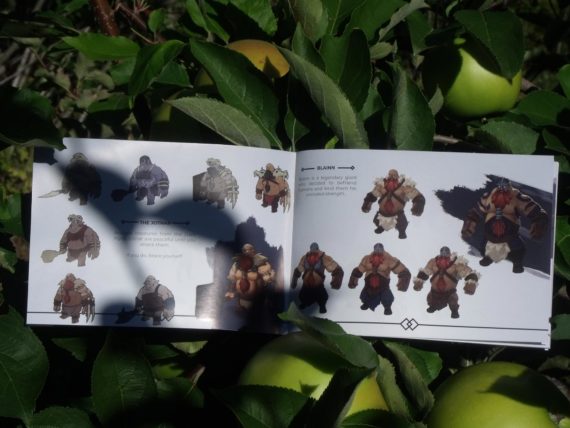 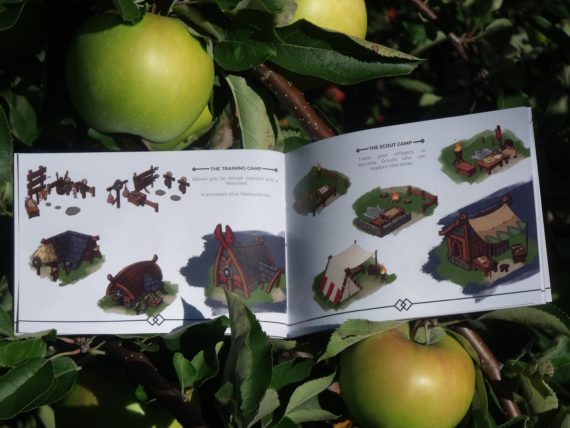 A standard feature of Signature Edition Games is the pins and Northgard comes with two extra-shiny ones.  There are twelve clans in the game and the pins are the symbols of two of them- The Clan of the Stag and The Clan of the Wolf. 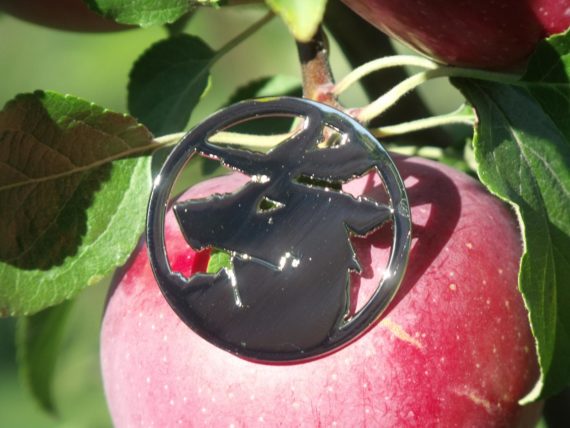 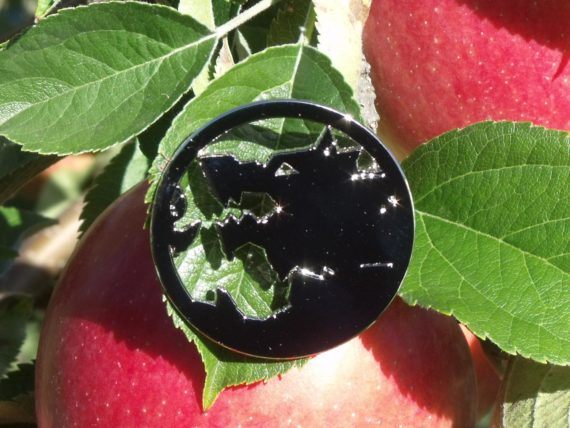 Finally comes the game itself, around which all these extras are arranged.  Northgard is your standard cartridge-in-a-case, but it’s a good-looking case with nice cover art at least. 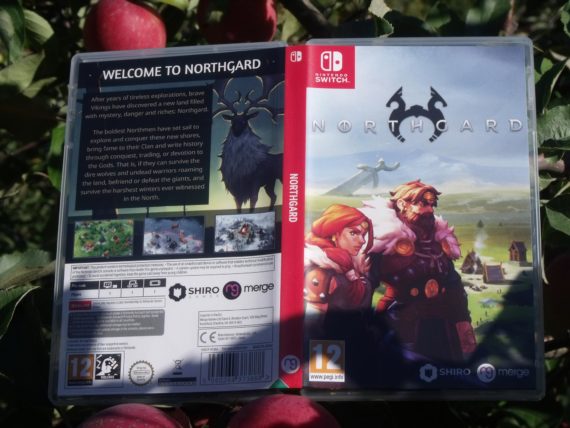 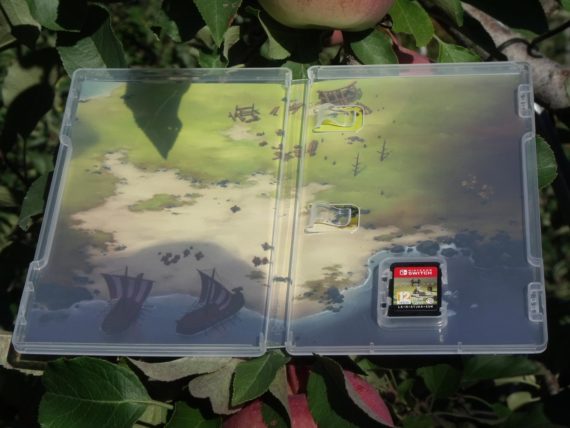 And that’s the whole package right there.  True, it’s not as super-fancy as some deluxe editions, but the Signature Edition line sits comfortably between a standard case and a high-end premium, with a price tag to match.  Northgard’s rich art makes it particularly well suited to the larger format, with each item covered in the contrasting muted greys and vibrant colors of its theme of shadow and sunlight.  The northern lands may be harsh and difficult, but they’re still beautiful and will make a nice home for any Viking strong enough to survive its challenges.