As one might expect from an indie game exhibition event, there were quite a few notable titles on display at BitSummit 2021. A handful were already covered in a previous BitSummit article, but there’s more where that came from. Read on for even more games to add to the ol’ Steam wishlist in the coming months.

There are so many combinations of gameplay styles and elements out there that one is tempted to think that they’ve already played it all. This isn’t true though, because Berserk Boy is probably the first game to combine the styles of Mega Man and Sonic the Hedgehog. It might not sound like a good match; much less one that would actually work, but the Berserk Boy Games team has found a way. Not only that, it actually feels so natural that one wonders why it’s never been done before.

Berserk Boy is reminiscent of Mega Man X in terms of art direction, basic level structure and the mostly linear flow of the stage. The demo shown at BitSummit didn’t feature any notable set-pieces like stages in the early Mega Man X games tend to, but that didn’t detract from anything thanks to the game’s fast pace and silky-smooth controls. Controlling the heroic Kei feels great, which is where the Sonic the Hedgehog comparison comes in. With such great controls and an overall speediness of movement, it’s easy to get into a flow state while playing.

Kei has no Megaman-style buster cannon, but he does have different abilities and specials based on any of several different forms he’s able to acquire over the course of the game. The form featured in the demo is an electric/speed form that allows for a multi-directional dash attack, a sonic-style homing attack/bounce, a ground pound and two specials: an area effect pound and an overcharged cannon shot.

Chaining attacks into combos felt entirely natural, allowing one to blast through the level as they pleased, all the while noticing collectibles and alternate paths unlocked via forms gained later in the game. Combine all this with interesting bosses, fun enemies and catchy music made by at least one of the guys responsible for the Sonic Mania soundtrack, and you’ve got something that’s worth trying out. There’s a demo available on Steam now, so give it a shot. 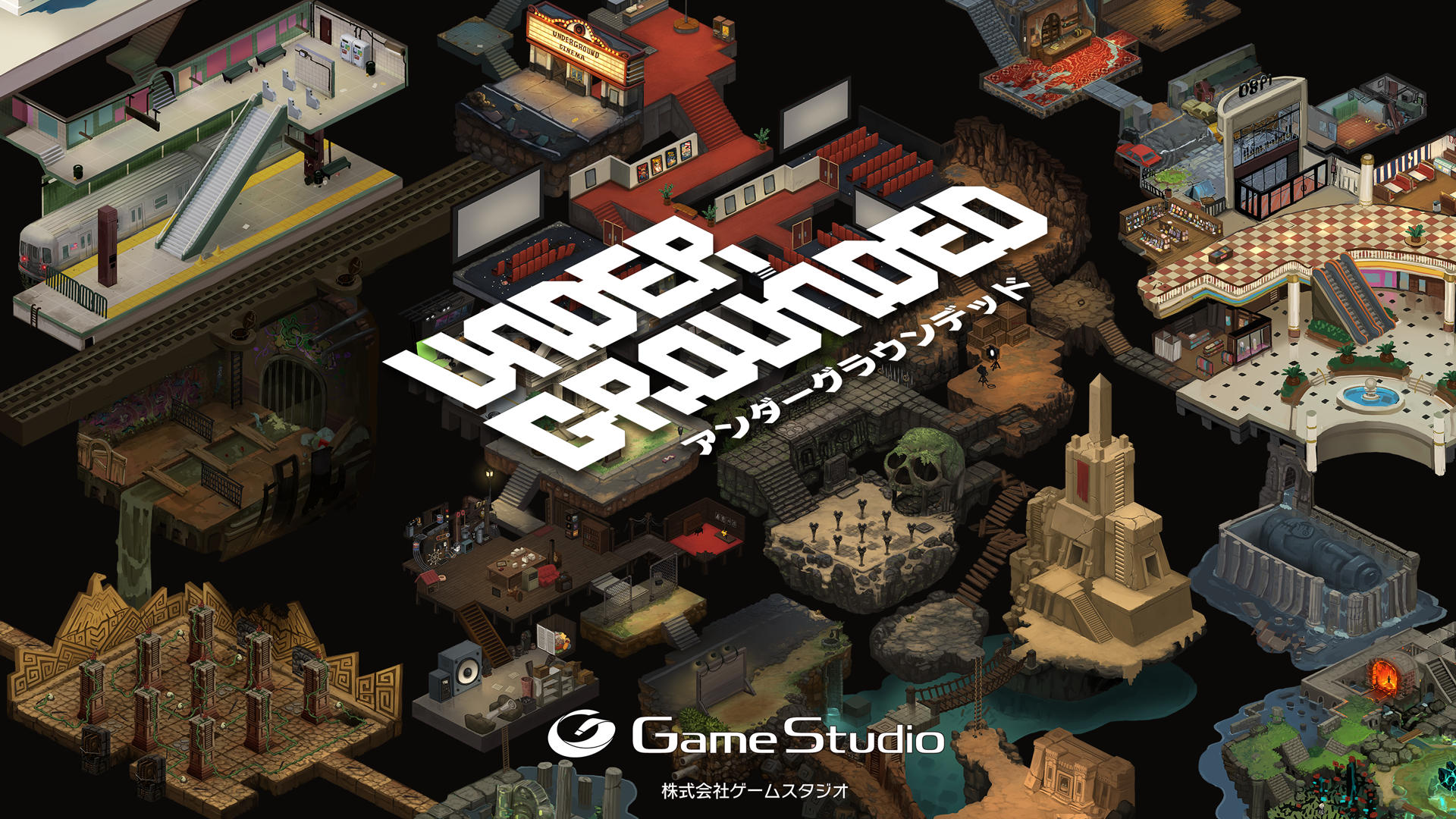 Undergrounded is a top-down adventure game with puzzle elements right out of the point-and-click adventure genre. Players step into the shoes of Scott, a basically average salaryman who just so happens to lose his engagement ring in the worst possible place: a massive underground labyrinth. Scott’s goal is simple: find his ring. Unfortunately for him, he’s probably going to have to get all the way through if he wants to actually find it.

Undergrounded’s labyrinth is the kind of place that could only exist in a video game. It’s not just a bunch of dark sewer caverns and such; it’s an 80’s mall connected to a movie theater connected to famous movie sets connected to who knows what all else. The very first floor contains all of these things and the developer plans on having at least six by the time Undergrounded launches. That’s okay, though, because trekking through this maze is actually rather fun. Scott runs into plenty of characters with interesting things to say and he has to make a lot of interesting things happen in order to progress.

For example, the demo tasks the player with unlocking a door, but to get the code, they need to play the right movie in the movie theater. To get the movie they have to find a bucket so that they can scare a chicken into laying an egg in it which flips a switch that triggers an automatic dog feeder to feed a nearby dog which causes it to get up and allow Scoot to pick up the film reel it was lying on (phew!).

Another challenge involves getting an electrically-charged bird to charge of the DeLorean from back to the future, which then crashes into the bird (or maybe transports it into the future) and clears the boss encounter for Scott, and this was all just in one section of one floor. Alongside this is an interesting isometric perspective dense pixel art mixed with hand-drawn characters and catchy music. It’s a great experience, but unfortunately it has no release window or presence on Steam yet.

Our second game with “boy” in the title, Bat Boy immediately calls to mind games like Shovel Knight in terms of gameplay and overall presentation. Truly, the art style and platforming both feel similar, but Bat Boy does manage to differentiate itself by going full bore on the “bat” portion of its name. Oh, and this isn’t the “creature-of-the-night” kind of bat, but rather one of the “sturdy-stick-used-for-sports” variety. This kid loves his baseball bat and it’s baked into just about every part of the game.

The bat is Bat Boy’s primary means of interacting with the world. He uses it to attack, defend, solve puzzles and bounce over high platforms or across large gaps. He can use it to knock enemies into others, reflect their projectiles (usually baseballs) and perform other necessary functions like hitting switches and activating checkpoints. This was Bat Boy’s kit during the demo, but it wouldn’t be surprising if he got other baseball-themed abilities as the game wears on. Bat Boy also controls almost perfectly, so he responds exactly how the player wants. This means there’s no excuse for messing up, but that how a good game should be, right? Bat Boy has no planned release window yet, but it is already on Steam for those who’d like to add it to their list.

Bonus – Tandem: A Tale of Shadows

Today’s bonus game is an adventure-puzzle game starring a young girl and her faithful stuffed bear. They both appear to be lost in the bowels of some sort of giant, steampunk-ish mansion and must work together to get out. The player controls both the girl, “Emma,” and the bear, “Fenton,” and can swap between them with the press of a button. Each handles a different part of each level, with Emma operating from a top-down perspective in the “real world” and the bear working on a 2D side-scroller perspective in the “shadow world.”

Fenton can walk on shadows, so much of the time spent playing as Emma is aimed at casting shadows in just the right way. If they manage to find the sweet spot, then they can get Fenton where he needs to go and eventually make it to each stage’s goal. Tandem: A Tale of Shadows likely won’t be coming out any time soon if the rough condition of the demo was any indication, but those interested can check it out that very same demo on Steam if they want. Given a little more time in the oven, this could turn out to be a great puzzle game.

It’s long been assumed that the independent sector is the creative heart of the video game industry. It can be difficult to believe some times with all the junk that gets shoveled onto platforms like Steam, but these games and events like BitSummit do a lot to back the idea up. These aren’t the sum total of all the interesting projects shown at this year’s event, so make sure to stick around for the next spotlight!