As exciting as a career in video game journalism may be, constant exposure to video games can cause odd things to happen to a person’s mental state. With so much game information floating around in our writer’s minds, sometimes the neural wiring gets crossed and out of fear of not making a deadline a writer frantically writes a review for a game that only exists inside their minds. While these “reviews” provide no beneficial information to anyone, we occasionally will publish them out of pity for the time that was spent writing them and because it gives us another excuse to make fun of the writer.

Centuries have passed since a member of the Belmont clan defeated Satan in battle. While this would normally be cause for celebration with the possible of exception of the most hardcore Burzum fan, this victory was bittersweet as it cemented Belmont’s place as a new prince of darkness, the immortal vampire known as Dracula. He was something of a mysterious, mythic figure who inspired horror stories and fear. He rarely left his castle to feed on the life essence of the townspeople and was never spotted on these outings which led to much skepticism on whether or not he even existed. As the 20th century drew to a close and the world entered into the 21st , something peculiar had occurred. The year is 2016, and Dracula is no longer feared, and this is the starting point for Castlevania: Requiem of Twilight.

The public’s view of vampires had changed over the decades. Characters such as Lestat and Armand had people viewing them as sympathetic characters as they had a certain sense of Victorian era romanticism and elegance. Teenagers clad in long black coats pretended to vampires after school and settled their bloodlust fueled disputes through games of rock paper scissors. The final straw was that bored suburban housewives were now enamored with watered down BDSM is a form of literary eroticism that depicted an extremely unhealthy relationship dynamic and a bland but trying oh so hard to be edgy sex life. The genesis of this whole phenomenon was unknown, but the current head of this new order of vampire was a 104 year old pedophile by the name of Edward Cullen who looked damn good for his age. Dracula had to restore the rightful order of things, vampires are to be feared, not romanticized and lusted after. Dracula was coming to America.

The segment America depicted in Castlevania: Requiem of Twilight draws inspiration from the real world and pop culture but takes some liberties with it for the sake of gameplay, which is unsurprisingly using the 2D metroidvania template. Seattle-Tacoma International Airport serves as the tutorial level, where the main objective is for Dracula to fight his way past customs agents who tried to detain him when they believed his Romanian passport is fraudulent since it claims his birthday was in 1428, and the discrepancy between his passport saying Vlad Dracula and his ID saying Gabriel Belmont. As a tutorial there is no real challenge as the airport security are unarmed and have no super powers so it’s simply kill them and do some minor platforming to get to baggage claim where the inventory is unlocked. After clearing the airport, Dracula summons a horse drawn Uber to the town of Forks, Washington, but this is where Dracula gets a taste of his own medicine and the real game begins. 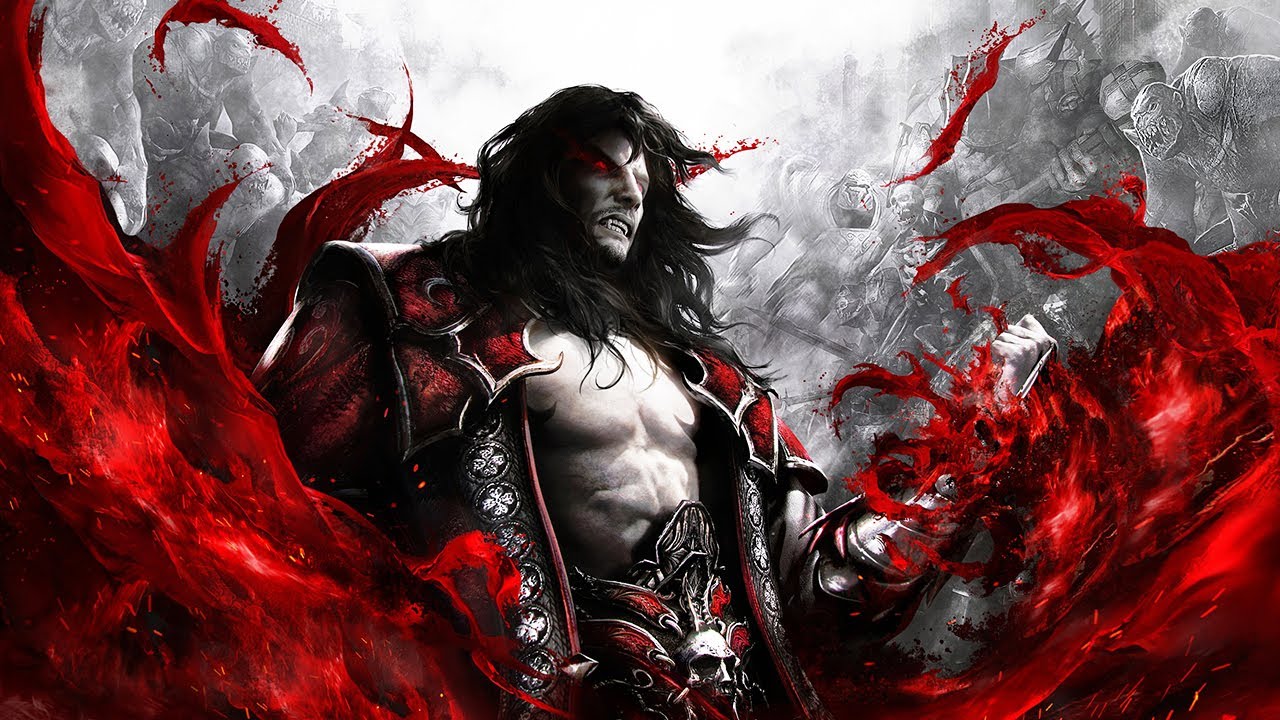 This is how you scare children.

Edward Cullen senses the rival vampire coming for him, and using his dark powers he is able to shift the town of Forks into a massive, labyrinthine castle like structure, and summons the forces of other dark companions whose presence may be anachronistic or just not make any sense geographically. Dracula’s powers have been weakened by traveling during the daylight and since he is not in his own castle he is at a great disadvantage, and the horrors he encounters are quite different than what he is used to having on his side in Transylvania. As Dracula progresses through Forkslevania, new areas becomes open as he uncovers the head vampire’s hidden powers  by exploring every nook and cranny and defeating powerful bosses. An early power he acquires is Sunlight Sparkle, which emits blinding light from his skin to damage all enemies on screen and can illuminate dark rooms for safe passage. Bottled animal blood is a unique power up he can find, conveying health benefits to vampires comparable to a human vegetarian diet, but the trade off is the increased power attracts PETA protesters that Dracula has to battle every time he collects one of this bottles that permanently boosts his attributes. The Tree Climb ability is needed to reach out of the way areas for special items, and to eventually reach the throne room of Count Cullen. All in all, the super powers he unlocks are pretty lame but they are necessary to progress through the game.

The enemies encountered in Castlevania: Requiem of Twilight are not the traditional foes we are used to seeing in Castlevania games. The bulk of the regular enemies are the townspeople of Forks but fell under Cullen’s power when he transformed the town into Forkslevania, which has led them all to become something of a group of mindless drones. What may have once been rational people have turned into fanatical caricatures of modern day concerned citizens that decided to become torch and pitchfork wielding mobs. These may be religious groups protesting Halloween for its occult roots, censorship groups against the fifty shades of smut peddling, or members of DADD (Dads Against Daughters Dating) who think just because Cullen has been going steady with Bella all vampires are after their daughters and have loaded their gun collection with silver bullets to take out Dracula (they may think Dracula is a lycanthrope but he’d rather not correct them). While these groups look different, there AI patterns are more or the less the same and don’t offer the average enemy variety past Castlevania games have provided, though some projectiles fly in the familiar Medusa head pattern for some inexplicable reason. 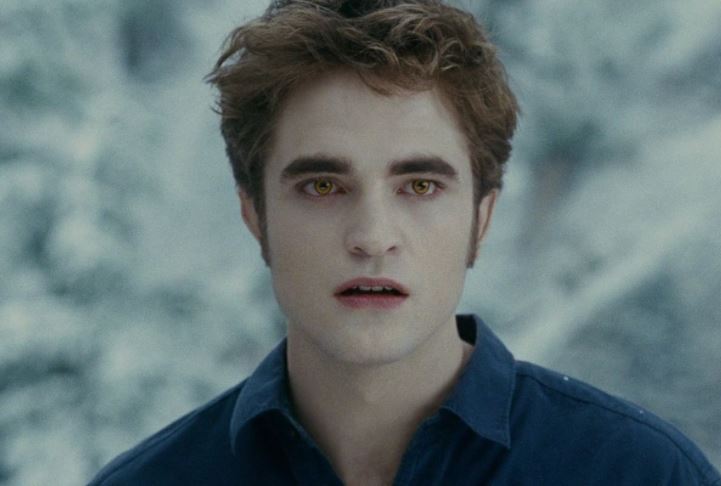 Not at all scary, but for being over 100 years old he looks great. No wonder the ladies love him.

Boss battles on the other hand are where Castlevania: Requiem of Twilight shines. The choices of boss battles sometimes seem out of place and might not make any sense with the overall story, but did Frankenstein’s monster, a mummy and Medusa all make sense in Dracula’s castle? Cullen has called upon a mix of other vampires and vampire hunters to take on Dracula. A blonde young lady named Buffy fights with the skills of an acrobatic ninja, while grizzled old Van Helsing rains crossbow bolts on Dracula while quickly moving to hard to attack places. The Vampire kids from South Park make an appearance as a joke boss, but upon defeating them they have said “per se” enough times to summon the vampire Don Henrie who fights like a direct homage to old school Castlevania Dracula except with way better defined abs. Armand and Lestat naturally show up, and their double team boss battle is clearly an homage to the bumbling Bebop and Rocksteady from Konami’s 1989 Teenage Mutant Ninja Turtles arcade game. I don’t recall them having guns in Interview With the Vampire, but here they are in the game and this format of this fight seems like it would fit better in a parody of the Nintendo 64 Castlevania.

Usually we don’t include guides on how to beat the game in reviews, but because of how tricky this is to figure we’re making an exception. When Dracula reaches Edward Cullen he cannot win the fight no matter what. What the player needs to do, and doing this task doesn’t make any sense but it’s just how the game is programmed, is find the hospital portion of Forkslevania and find the doctor’s note congratulating the Cruz family on their pregnancy. After finding this note, Dracula will battle Cullen like usual except Cullen will imprison Dracula instead of killing him. After Dracula is imprisoned, a long cutscene begins showing the Cubs winning the World Series, which sets off a series of bizarre events throughout the world. During the solar eclipse of 2017, a baby named Soma Cruz is born and this causes Forkslevania to be flipped upside down and rearranged. This frees Dracula from his prison, and allows him to access new parts of the inverted Forkslevania. These areas were inaccessible prior to this, but going to the local police station and child protective services Dracula can acquire the holy item Age of Consent Form, clearly banning men over 100 years of age from having carnal relations with high school girls. Empowered by this legal document, he can go into the secure depths of the inverted town castle and battle Edward Cullen, destroying his pretty sparkley face in the most gruesome way imaginable. Dracula reclaims his place as the head vampire, and with his powers of darkness begins to bring his curse back into the world. Forkslevania fades away into the night, and it will be another 18 years before the world hears from Dracula again. 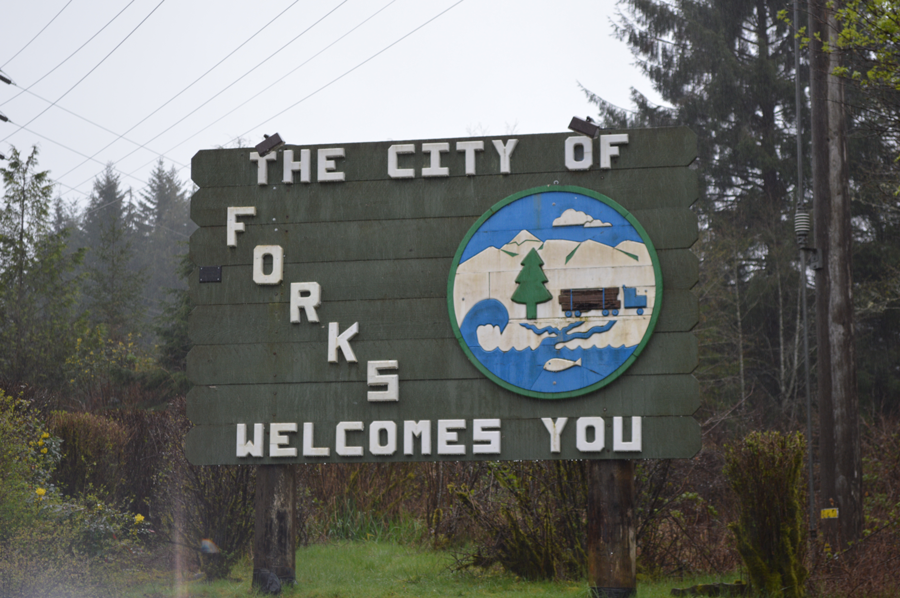 Appearances can be deceiving, this is really a spooky evil castle.

Castlevania: Requiem of Twilight is just friggin’ stupid. The only reason I can fathom for this game coming into existence is some people really like Igavanias and hate Twilight and thought a joke that could be funny if kept the length of Twitter post could be stretched into a whole game. That aside, the gameplay follows the formula of Symphony of the Night and all the subsequent Nintendo handheld Castlevania titles perfectly, with backtracking, new abilities, subweapons and epic boss battles even if the choice of enemy for boss battles don’t always make sense. For hardcore Castlevania fans, this is a fun title that delivers on gameplay but for something more authentic most players would be better served waiting for Bloodstained to come out as this title would make Koji Igarashi turn over in his grave. He’s not actually dead thankfully, I’m just imagining him sleeping in a coffin because he is so strongly associated with Castlevania and he probably is an immortal vampire himself.

Disclaimer: In case it’s not obvious enough, Castlevania: Requiem of Twilight is not a real game, this is just something dumb Chris wrote because he got bored while suffering from a mental breakdown.