To look at screenshots, Ludopium’s Vectronom, published by Arte Games, doesn’t exactly stand out. Made entirely of geometric shapes bereft of any textures, one could be forgiven for thinking it was just another “artsy” game with pretensions of something to say but nothing of any real merit. Seeing it in action might allow one to catch on to what the title has to offer, but it isn’t until the hands are at the controls does one truly understand what makes this one tick.

The best way to describe Vectronom is as a musical puzzle game. Using only the arrow keys, players must navigate their block through a series of challenging levels. Each section is properly started by observing the stage. Obstacles, such as spikes and moving platforms, dance in time with the beat of a minimalist electronic score. Once the pattern is established, the player then moves the block to the beat, skating on the edge of instant failure in hopes of reaching the end and collecting a pellet. 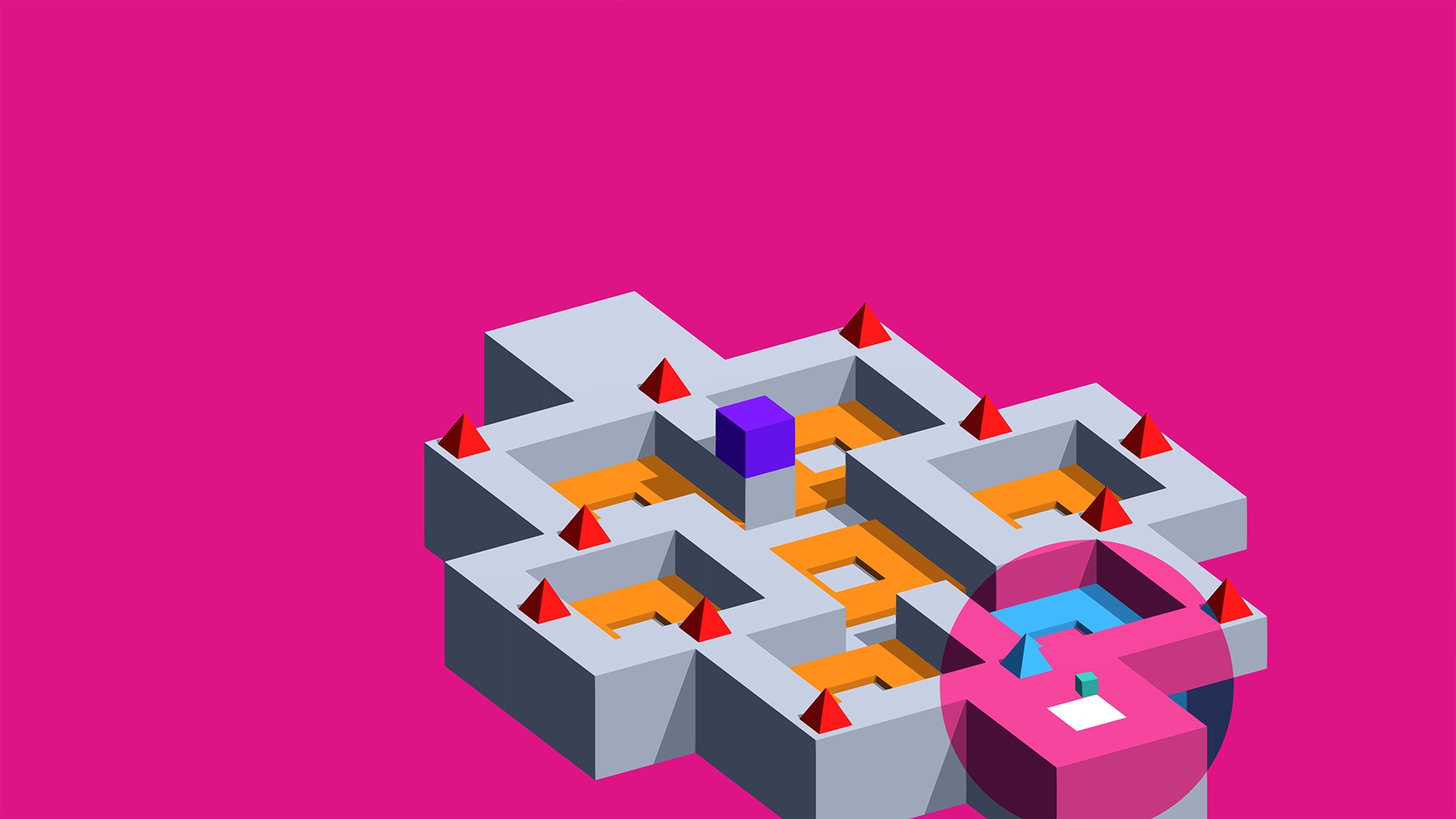 To say it’s challenging is a bit of an understatement. After an introductory sequence that acclimates the player to the mechanics of the stage, the levels then feel free to throw in the wrinkles. Winding paths evaporate over bottomless pits, waves of the aforementioned spikes cascade across the stage and devious puzzles requiring an extra dimension of thought await. Those who don’t learn to utilize the beat, who cannot get into a zen-like sync, will be at a severe disadvantage. Being in perfect time with the music is vital to surmounting the challenges.

Fortunately, the music is designed to worm into some primal part of the brain to allow the player to tap in. At the forefront are electronic bass drums and snares that provide the core of the level. Hi-hats and cymbals layer upon it, creating a sound that evokes a tribe of primitive robots surviving in the wilderness, animal skins protecting their CPUs from the elements. Usually, a retro synthline snakes its way underneath, adding layers to the sound, creating tunes that will wend its way into the brain, even if they aren’t things to be sung. 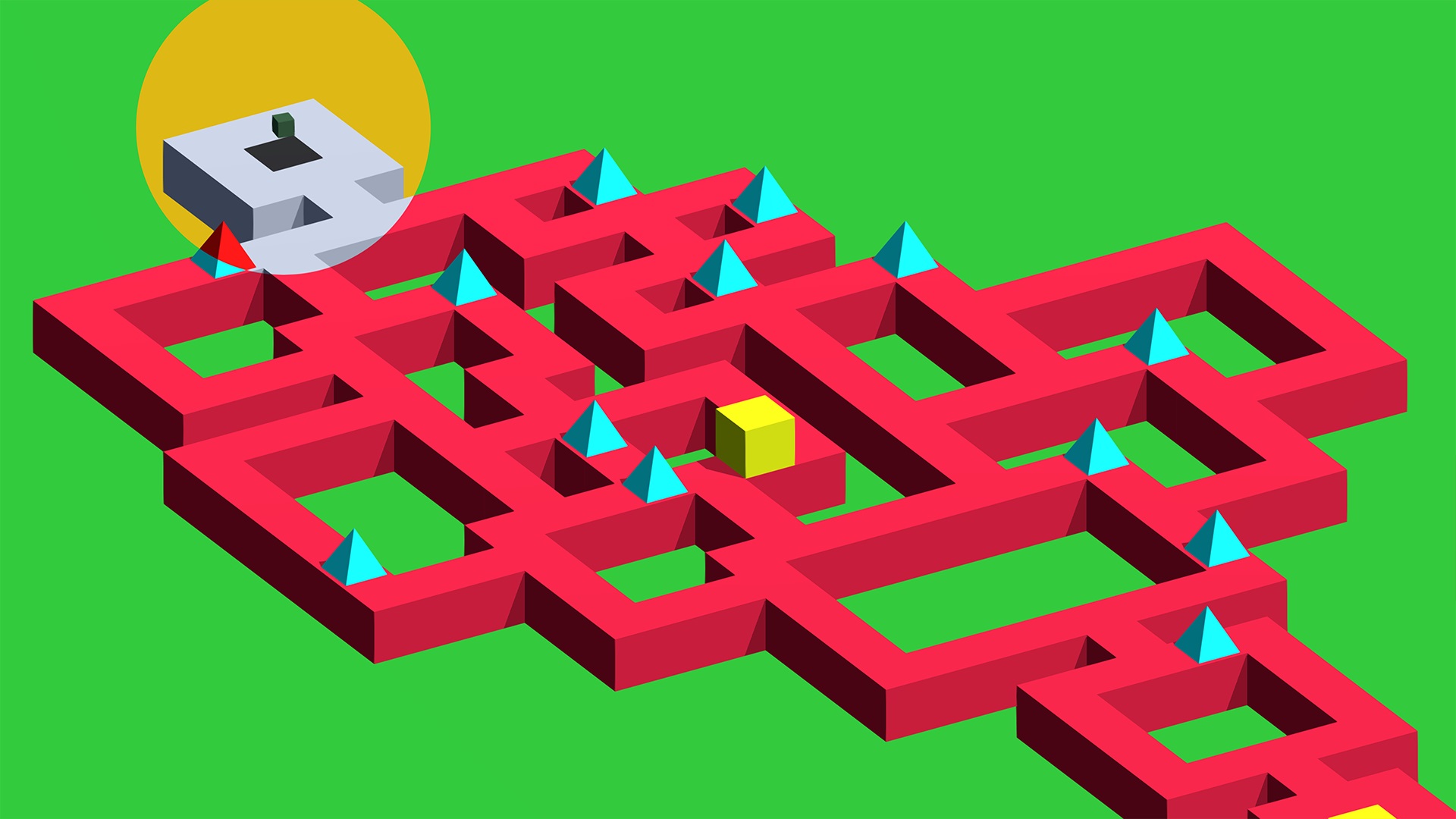 There’s one complaint with what we experienced, though it’s more of a personal failing. The levels take place in an isometric perspective, which is absolutely fine. Meanwhile, the controls are entered with the cardinal directions of the arrow keys. This disconnect can cause someone to lose the trance needed to defeat a stage. Even after playing for a while, one can stop at a tough part and question if up will step to the side in relationship to the goal or move forwards. Even this minor abstraction can lead to some silly errors on the player’s part. A shift of perspective by forty-five degrees would completely remove this obstacle and allow the focus of the title, the gameplay, to take center stage.

It should be stressed that this criticism is completely personal in nature. While awaiting my turn at the demo, multiple people approached, played some and demanded more information or to be placed on a mailing list. They want more. Ludopium is poised to catch lightning in a bottle with their deceptively simple title. Fans of titles like Thumper will dig the music. People who enjoy a stiff challenge will also be in a rhythmic heaven. Vectronom will even be a great title to snag a non-gamer into the fold, since it captures what can be great in gaming while being completely accessible.