Arc System Works has been eating the lunch of just about every other fighting game developer out there. Dragon Ball FighterZ, Guilty Gear, Blazblue and more have been soaking up the attention at tournaments and living rooms alike. Likewise, the Kill la Kill series, centered around Ryuko’s quest for vengeance as she battles through the hierarchy of one of the weirdest schools conceived, is a natural fit for a good ol’ fighting game. Thus, the fact that A+ Game’s Kill la Kill – IF is coming, and that ArcSys is publishing it, is so logical, Spock would complain it was too obvious. What is surprising, though, is the direction the title has taken.

The big picture description is that IF is an arena fighter along the lines of One Piece: Burning Blood. It’s a 3D fighter with a wide range of movement, fast action and combos galore. This is different from other 3D fighters, like Tekken or Soul Caliber, as it doesn’t restrict players to a set plane in relationship to the foe. This might seem like dread news, as Burning Blood was fine for what it is, but certainly not outstanding. IF sidesteps this potential pratfall with some smart design decisions. 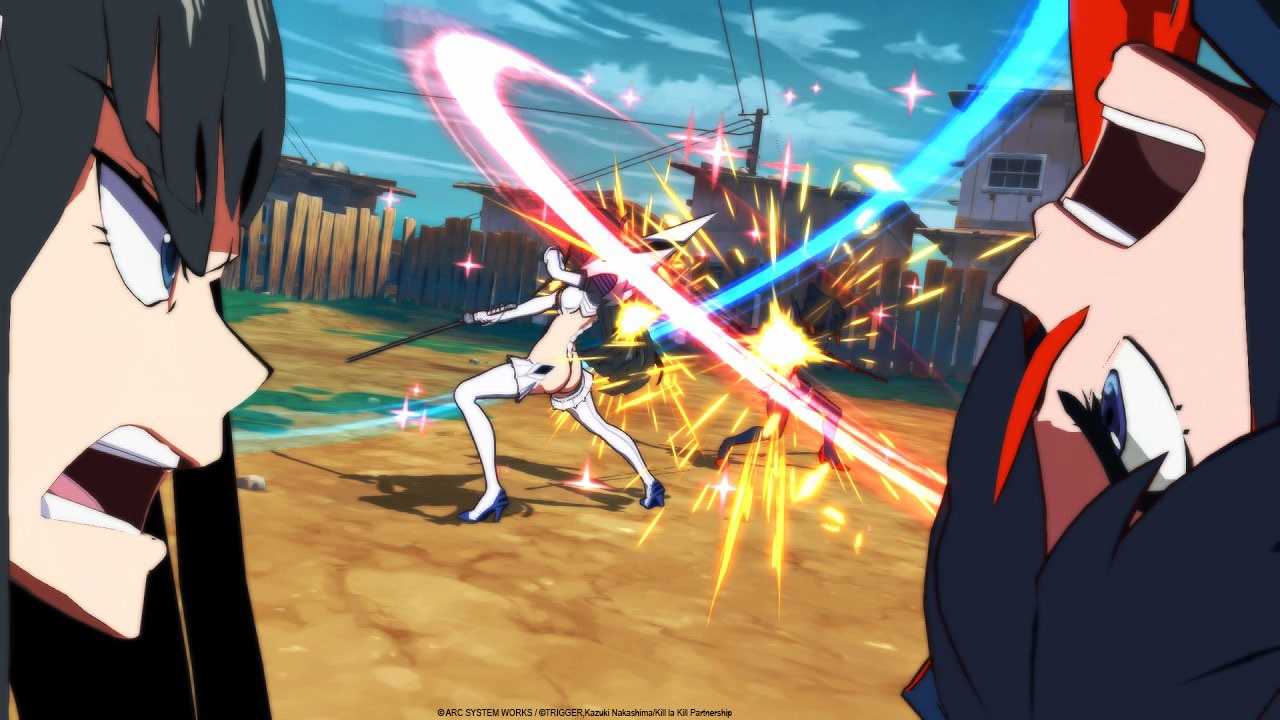 On the surface, the interface is simple. Each character has a short range attack, long range, special and jump. Double tapping the jump button launches a homing attack to close the distance between the player and a fleeing enemy. Layered on top of this is a meter that powers additional special moves, combo breakers and something best described as a desperation move. This move, activation by pressing the two shoulder bumpers, launches a Rock, Paper, Scissors minigame that could provide the extra boost needed to eke out a win. As a whole, that’s pretty much it. After playing one match with a character, the basics of how he or she can be used can be learned. It kind of feels like a competitive boss fight instead of a traditional fighting game.

This might seem sparse. With no complicated button inputs to pull out special moves, it would appear to be a shallow game. This couldn’t be further from the truth. Instead, the simplified control scheme provides a wealth of options while allowing ham handed players to dig into what makes a good fighter tick: mind games. Playing against the producer, I found myself trying to fake him him out and trick him into mistakes instead of trying to remember how to input a specific command. Sure, I got stomped into a lumpy paste, but I was able to provide some form of competition after only a couple of practice matches. It was brain against brain instead of “dude who made the game making the poor journalist cry.” In other words, I have a faulty brain. 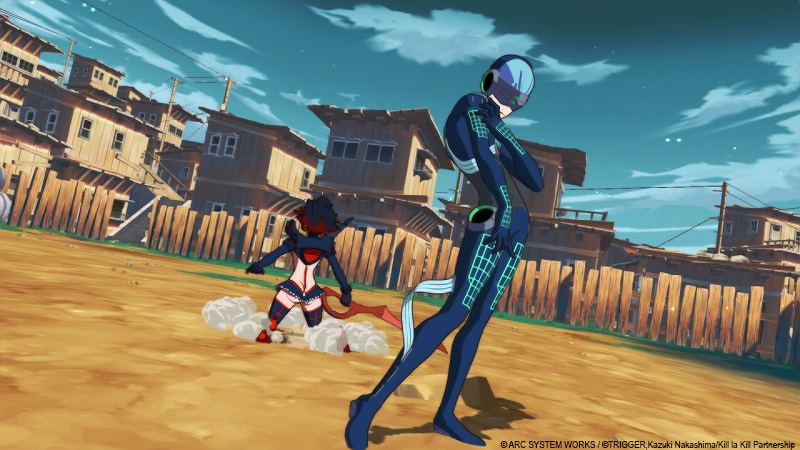 Still, getting to know a character and how they operate is advised before betting money on a match. The zippy Ryuko is an obvious choice to start off, but may not be best option for players. Nonon, with her focus on a higher-ranged attacks at the price of speed can be absolutely devastating. Experimenting with the roster is highly encouraged, as there is a meta to be developed. Additionally, two new characters will be added for free post release.

Fans of the show will absolutely be pleased with the final product. A+ Games has taken pains to keep the show faithful. The character designs and animation were done in coordination with Studio TRIGGER and the costumes are accurate to the anime. That latter took some convincing of the platform holders as they can be seen as a bit risque. Ryuko’s Goku uniform is an obvious example. The most exciting thing for fans will probably be the story mode. Featuring a brand new story written by the original writer, Kazuki Nakashima, people who can’t get enough of the show will have something fresh to enjoy. 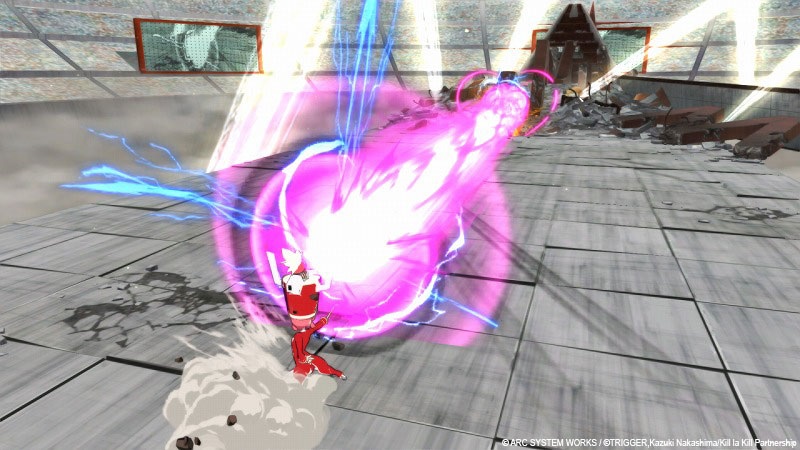 Arc System Works is really putting their all behind launching this title. There will be a tournament at Evo that they highly encourage attendees to join and a limited edition. That will include a full color artbook, soundtrack (a personal requirement) and a Mak-Roquette squeezie. Set to hit PlayStation 4, Switch and Steam on July 26, Kill la Kill – IF has the makings to be a title that will entertain fighting game enthusiasts, series fans and those that want to enjoy what the genre has to offer without memorizing a few thousand button combinations and combos.