Being a voracious gamer as well as someone who enjoys the written word can be a bit frustrating. Sure, there are plenty of well-written visual novels and RPGs to sate the appetite, but sometimes one wants the dopamine rush of interactive entertainment while perusing and enjoying a literary classic. This desire is precisely why one should take a look at Local No. 12’s upcoming Losswords. Chock full of word based puzzles ranging from simple to brain melting, this is the app that will get me to view my phone as a gaming device again.

The concept is ingeniously simple: take public domain classics, like Mary Shelley’s Frankenstein, and turn them into word games. Some of the games themselves are as simple as reading a passage and selecting the word that fits in a blank. Others mix up lines of the book, leaving it up to the player to rearrange them into a logical order. A mode that requires players to find and remove extraneous words proved to be a bit troubling. Then there is the bane of my existence, anagrams. For some reason, I have a particular mental twitch that allows me to read and fill in the blanks on misspelled words without a second thought, so if someone were to write “turn a page” as “runt a page”, I would still see the intent. Therefore, a true challenge awaits. 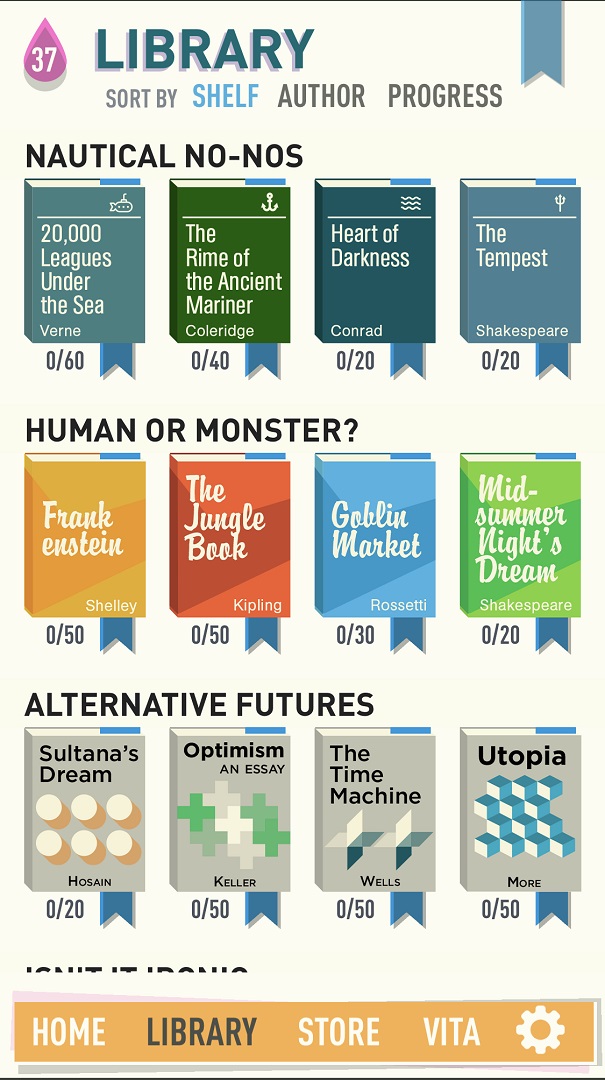 Since the books will be the major draw for a title like this, it’s great that the developers are starting off with thirty books packed in with more to be added as time goes on. Some of them will be the unabridged books, others abbreviated. When the books are abbreviated, the developer is making use of hand chosen sections to ensure that the major plot points are covered. Since the developers, Colleen M, John S and Eric Z, are all college professors, they have an idea of which parts are particularly important to the stories while excising some of the sections that would be a slog to enjoy while riding a train or sitting in a waiting room.

The monetization plan is also extremely fair, especially as the developer has a distinct distaste for titles that constantly beg for money. Everyone will start with Pride & Prejudice. That book, on its own, will feature a metric crapton of puzzles with multiple difficulty levels to keep the player entertained. While working through these puzzles, the player earns a currency, ink, which can be spent to unlock another book at random. Players that want a specific book immediately can pony up a dollar for a token to directly unlock the desired tome. Additionally, the developer is working out a referral system with Amazon, but that is in the early stages. 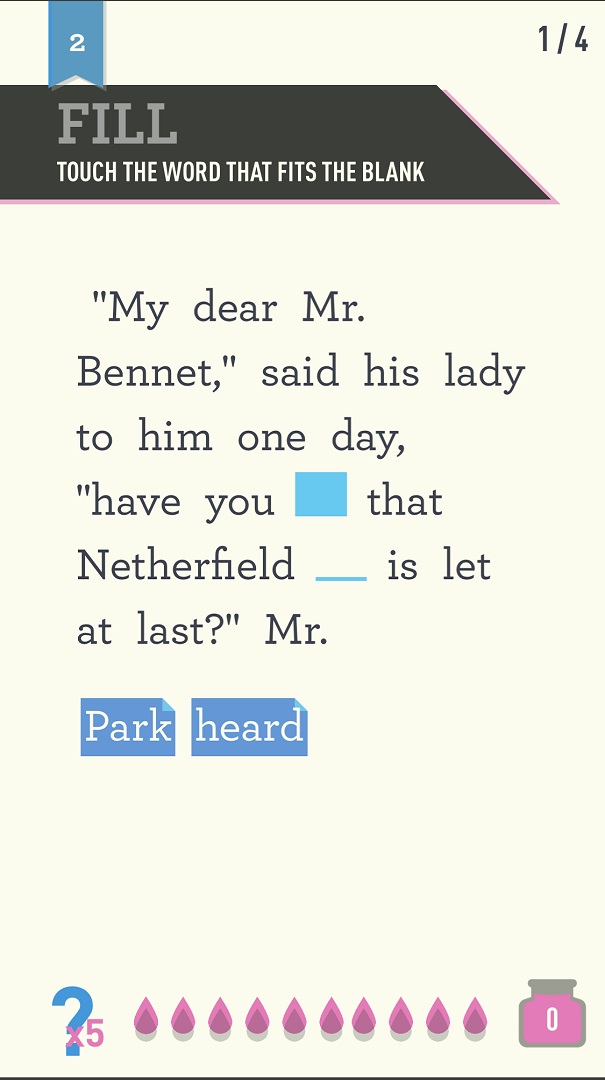 When demoing the game, one of the developers, Colleen, commented that she didn’t know that the title would be considered “hardcore.” Then, she proceeded to have me set a puzzle section to the hardest level and let me take a run at it. It was, to put it mildly, devastating. A timer was ticking down, ready to take a “life” off of my counter, adding a sense of panic, and causing me to make mistakes. I… I may have used language that wouldn’t be found in the classic books found in game as I realized I was failing miserably.

In essence, Losswords plays like a logic puzzle that would be found in other games, except using the English language as a foundation, instead of pushing blocks or connecting pipes. The customizable difficulty allows the player to make it as easy or as difficult as they want it, meaning that there is no worry that the title will be a cakewalk. This is a novel (pun very much intended and with no apologies) concept for a game, mobile or not, and one that should have a wide appeal for bookworms and puzzle gamers alike. The only real bad news is that the developers are concentrating with the iOS version first, with the Android edition set to hit later. With a Summer launch planned, this should make some great beach gaming. Those hoping to try to get in on the beta test should drop their email address here.