The rising popularity of the visual novel genre in the west has been both a bane and a blessing to gaming audiences. There are so many options in the field that are done terribly, usually with dull writing that drags on and on. When done right, though, they can be a enthralling experience that grab the player’s (reader’s?) attention and never lets go until the end credits. Arc System Works, no stranger to the genre, have managed to produce some of the better examples in the field. The upcoming World End Syndrome, with scenario designs by Deadly Premonition producer Tomio Kanazawa, is shaping up to be no exception.

Taking heavy inspirations from Twin Peaks, World End Syndrome casts the player as a new arrival to Mihate Town. This is a town that still believes in myths and legends of yore, likely because weird stuff is still constantly going down all around them. While riding the train towards their new home, the player is introduced to Yukino Otonashi, a magazine writer from the mysterious town who helps prepare the hero for what he is about to get into. This is also when we learn of one of the most prevalent local tales: every one hundred years, the dead come back to life. Those that return are called Yomibito. The stronger a living person’s feelings are for the deceased, the more likely they are to actually see the returned. Of course, the Yomibito have a lack of sanity. In order to regain it, they must feed on the living, like some sort of psychological zombie. 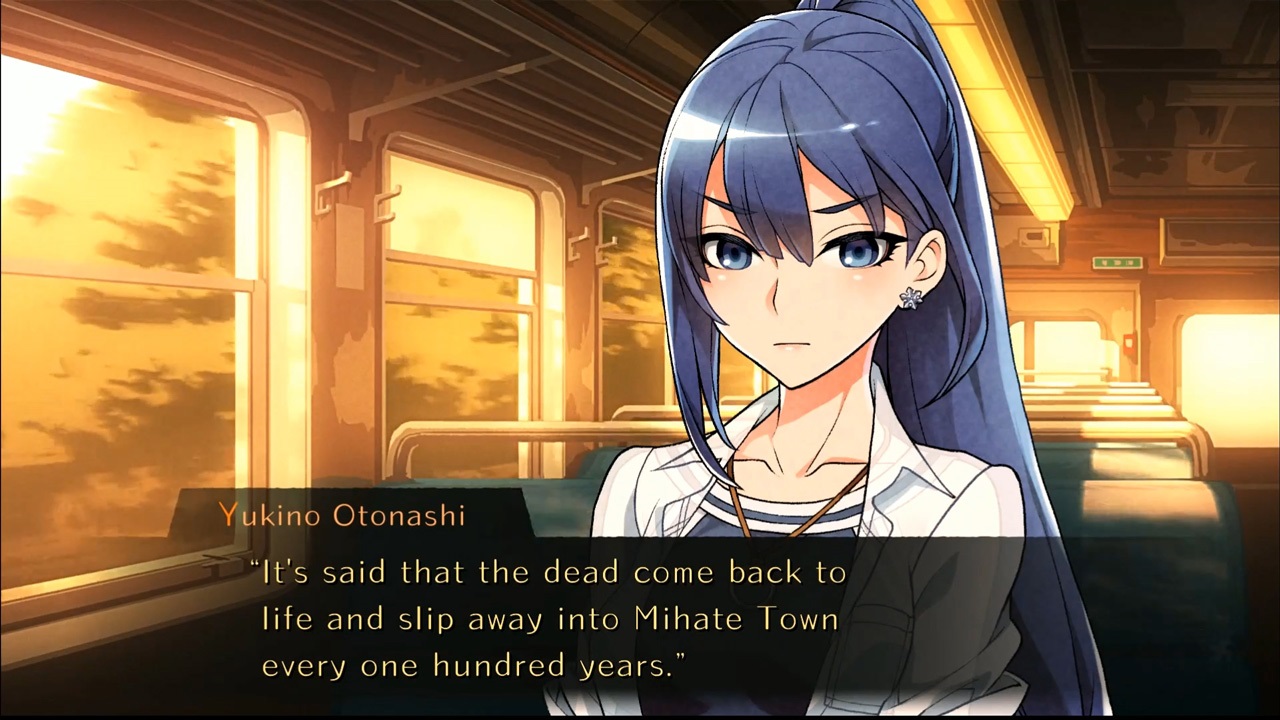 While our time with the demo was abbreviated, the early moments showed some real promise. The writing, the most important element, draws the reader in quickly and without a bunch of internal jargon burying the player before they have a chance to acclimate to the world. Authored with expert intent, it’s easy to fall into the world that the prose is painting. There’s also the art, contributed by Yuki Kato, an artist and designer behind Blazblue. The high level of professional talent is obvious.

Again, because of the nature of demoing this type of title at a show like GDC, there are certain facets that were promised that we didn’t get to check out. After all, time is fleeting and there are so many other titles to look at. So, despite ArcSys’ valiant attempt to let us take in as much as possible, there are a couple of things we don’t know. For example, there are relationship building aspects with various folks in the town. In fact, it’s billed as a “romantic mystery visual novel.” Seems like that facet will be rather germane to the gameplay. The other important thing would be the exploration of the mysterious happenings that infest Mihate Town and how the investigative side of things plays out. Fortunately, it appears likely that more information will become available sooner rather than later. 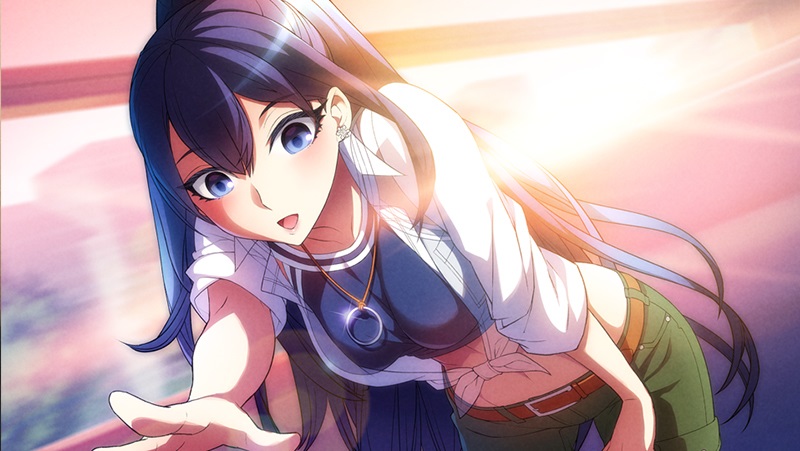 Despite a lack of knowledge on how some pieces of the puzzle will fit into the whole of the game, it can be reported World End Syndrome should be on any visual novel fan’s radar. The art is crisp and inviting and the writing is tuned to grab the player’s brains by the frontal lobes and not let go. With multiple endings promised based on the player’s choices, there’ll be plenty of replay value too. Fortunately, there isn’t much of a wait to be had as the title is set to launch on the Switch and PlayStation 4 come May 2 for $39.99.