Logitech is always looking to evolve its mice designs with new looks and technology and the recently announced G604 Lightspeed Wireless Gaming Mouse follows that same trend. Building upon the structure of the G602 and more akin to the popular G502, the G604 keeps things low key but offers a ton of mechanical options for its users. It may just be the best combination of a gaming mouse and an advanced office user mouse there is. Its fifteen programmable buttons, Bluetooth and the ability to hot swap the Lightspeed add a ton of options for more than just gaming. While the G604 may lack RGB and the modern look of a gaming mouse, what it packs under the hood is remarkable.

The shell of the G604 is comprised of a matte black plastic while the palm, thumb and two end fingers provide grip from a rubber gripping. This Logitech mouse allows for thumb resting on the interior portion of the mouse which makes six of the buttons accessible. These six buttons sit double stacked and are slightly curved as the design caters to the thumb. There’s also no need to worry about pressing the buttons in by accident as each button is almost designed like a switch and requires effort to click. Each button is customizable via the Logitech G Hub as macros can also be programmed for each button.

Much like the G602, there are two other buttons on the far left of the left-click button. These are set for DPI adjusting by default and sit in a good location that won’t feel like a chore when trying to use them. The G604 also includes the Dual-Mode hyper-fast scroll wheel. This allows for two additional buttons by pushing the wheel left or right. The wheel can be locked down for more precision or be unlocked and allow for ridiculous scrolling. This can be a bit touchy at times, but honestly this wheel is one of the more underrated features that Logitech implements. 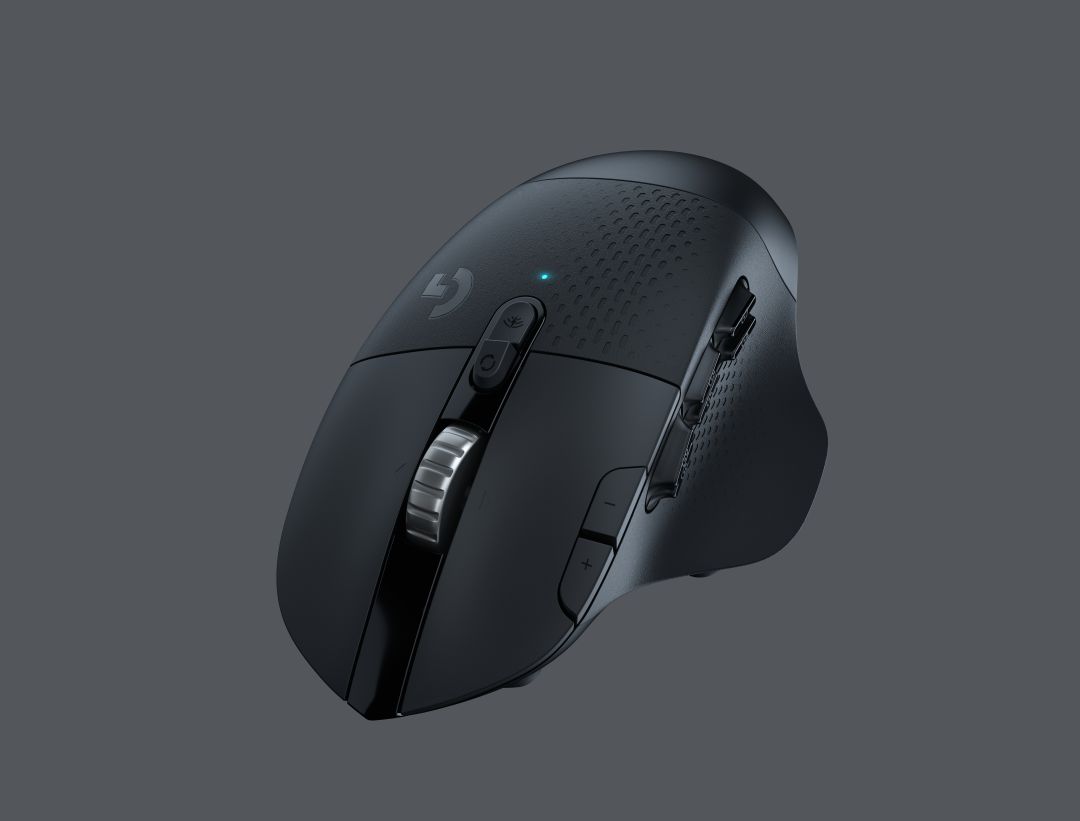 Under the hood of the G604 brings the 16K HERO sensor that allows for extreme accuracy and precision with up to 16,000 DPI. Every gaming mouse in recent memory for Logitech receives this top-of-the-line technology as acceleration is instantaneous. Couple this with a mechanical tension system for each button and it just feels like a workhorse. Surprisingly, the G604 runs on one AA Duracell battery that is included with the device. Users can expect over 240 hours of literal non-stop playtime when using the Lightspeed technology or 5.5 months when using Bluetooth. This mainly is due to the lack of RGB but Logitech has gotten the most out of this device. Being able to instantaneously switch between the two connections on two different devices shows just how multifaceted the G604 is. Bluetooth works on Android and Apple devices along with Windows and Mac.

What Logitech has aimed for in the gaming department with the G604 are the MOBA, MMO and Battle Royale genres. This device still works excellent with shooters too. If a player is looking for something lightweight, this won’t fit the bill as it comes in at 135 grams. The weight transfer is solid, however. We tested this device with Gears 5, Apex: Legends and Diablo 3. With Gears 5, the six buttons were laid out with easy weapon selection and that was the case with Apex, as well. The bottom right button, which is actually considered the first button in the layout, defaults in the Logitech G Hub to a DPI Shift. This had to be adjusted in the software and if a game has a default profile, it could overwrite the command. Basically, it makes the button non-mappable in-game until that option is changed. 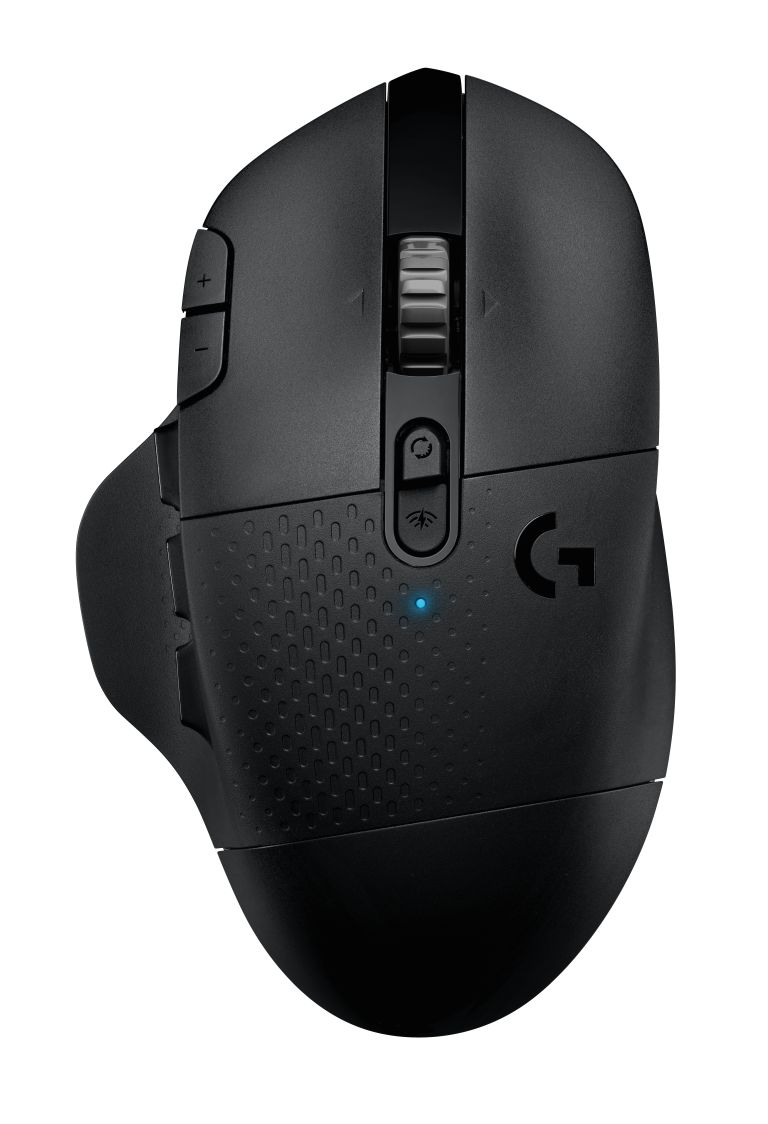 The weight transfer of the G604 while playing Gears 5 just felt right. The game has a heavy feel but the 16K HERO sensor offers the technology to still make the shooting responsive. The experience worked well with Apex as having everything at your thumb-tips and not frantically going to the keyboard was a huge bonus. Acceleration and accuracy on shooting worked just as well as other mice that Logitech offers. As for Diablo 3, playing the game with this mouse was a dream. Everything is mapped to the mouse and no keyboard was necessary making the experience entirely seamless and this is the type of genre this mouse would work best with. Anything RPG, MMO or even real-time strategy where players can map multiple groups of units and easily access them with a click of a button is a huge bonus.

While the G604 is being praised as a gaming mouse, I can’t help but think of the possibilities in a working environment for this mouse. Imagine working on your workstation with the Lightspeed adapter and being able to seamlessly transition to giving a presentation by controlling a different workstation just by the push of a button. Programmers or techies are able to customize macros and scripts that are easily accessible with at least six buttons. Ideally, though, it’s the student transitioning from playing games to doing his homework with the push of a button. Having these options and possibilities for $100 is impressive. 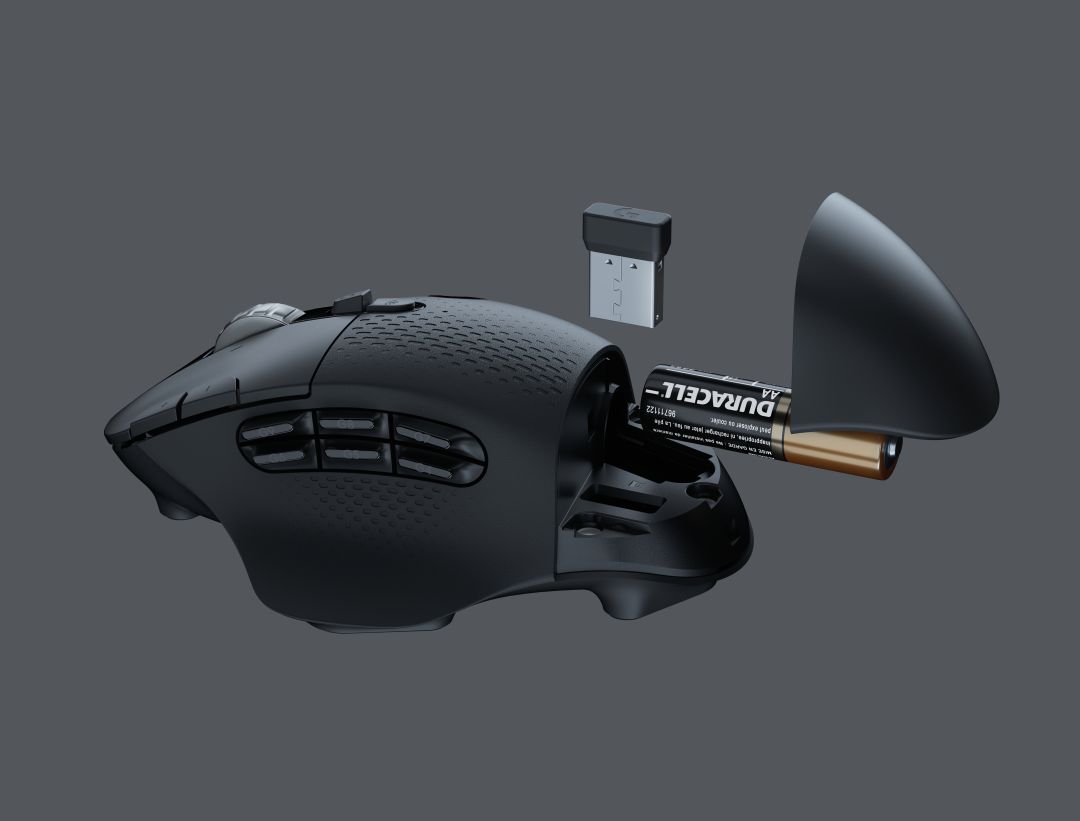 The Logitech G604 doesn’t necessarily go full-blown gaming yet it offers the technology to keep up with other gaming mice. It’s not super lightweight nor is it thin, but it’s a comfortable mouse to use. While Battle Royale is touted as a genre this mouse is aiming for, it can clearly support that but a lot of those players love a lighter mouse. As for RPG, MOBA and MMO, the customizing abilities of this mouse are hard to pass up. The battery life is also impressive. The possibilities of the G604 make it well worth the $100 especially if you’re looking for something to use in multiple ways.