Nintendo Switch is a great console but is woefully under endowed in the internal storage department. 32GB is what is advertised on the packaging, but after accounting for the OS that leaves the user with 25.9GB. This is fine for people who have a small library games or primarily purchase their games on physical media, but won’t cut it for people with extensive collections of downloaded games. Fortunately the storage can be expanded with microSD and microSDXC cards, which SanDisk has capitalized on by offering three distinct microSDXC cards of varying capacity for the Switch.

These microSDXC cards are specifically designed for the Switch and come in three different sizes and designs. The Zelda Hylian Crest design is 64 GB priced at $18.99, the Super Mushroom from Super Mario Bros is 128 and priced at $27.99 and the Super Star design from Super Mario Bros is 256 GB priced at $54.99. The actual usable storage space on each card, like the Switch 32 GB internal storage, will be a few GB less than the advertised number which is pretty typical for storage devices in general. The 64 GB one has 59.4 usable GB for example, the 128 has 119 GB and the 256 has 237 GB. This storage breakdown is pretty standard for memory devices, but even the smallest SanDisk microSDXC for Switch has more than double usable storage compared to the Switch’s internal storage.

Once the card is inserted in the Switch it’s easy to forget that it’s there. Game data and save file can be saved to it without any difficulty and there is no noticeable delay in accessing games or saved data from the card. Moving games on the system’s storage to the card and vice versa is easily accomplished in the Settings menu on the console. To put it simply, these memory cards do what they are intended to do. They greatly increase the available storage on the Switch and are mindlessly easy to use. 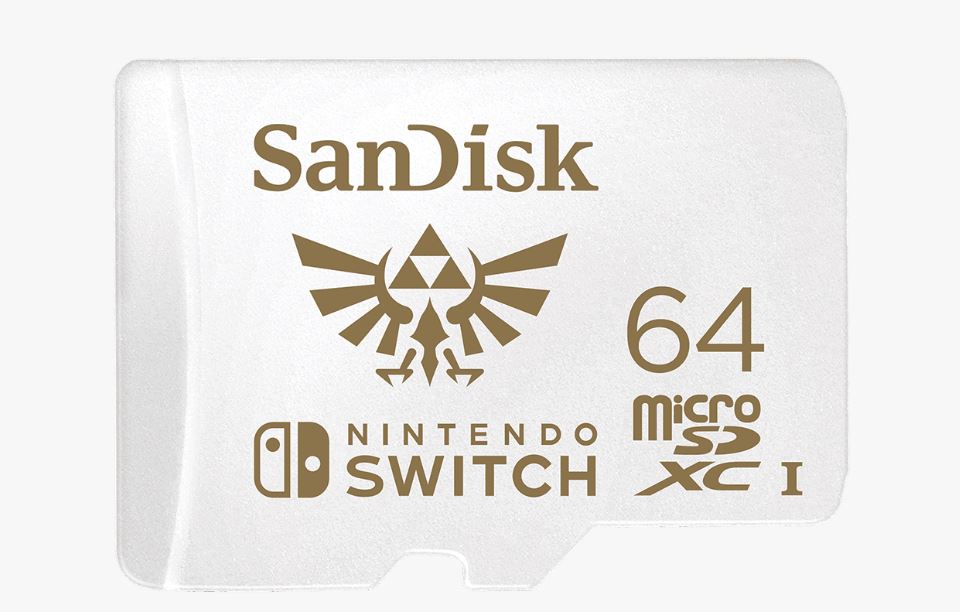 Compared to the other consoles, the internal storage of the Switch is small but despite my earlier claim of being incredibly limited isn’t the full story. Unlike those disc-based current gen systems, games played on physical media do not need to be installed in the Switch so the limited GB storage can go a lot further. People who prefer purchasing games on their physical editions they may only need the storage for save data and update files, so those 25.9 GB can get a lot of mileage making the need for a storage boost unnecessary. If you’re happy with your cart collection and aren’t running into storage issues, this is an accessory you can skip.

On the other hand, if someone prefers digital games or just doesn’t want to travel with a lot of game carts, getting one of these is pretty much essential. The Outer Worlds takes up 13.7 GB and Astral Chain is 9.8 GB, and as good as those games are, those two eat up 23.5 GB which doesn’t leave room for much else. The Witcher 3 is 31.4 so you can do the math on how that works without a memory card. I have the 128 GB one that currently has The Witcher 3 and 19 other games of varying sizes, which pretty much fills up the card. That may seem excessive but it’s nice to know that I can take my Switch anywhere and have access to that many games. 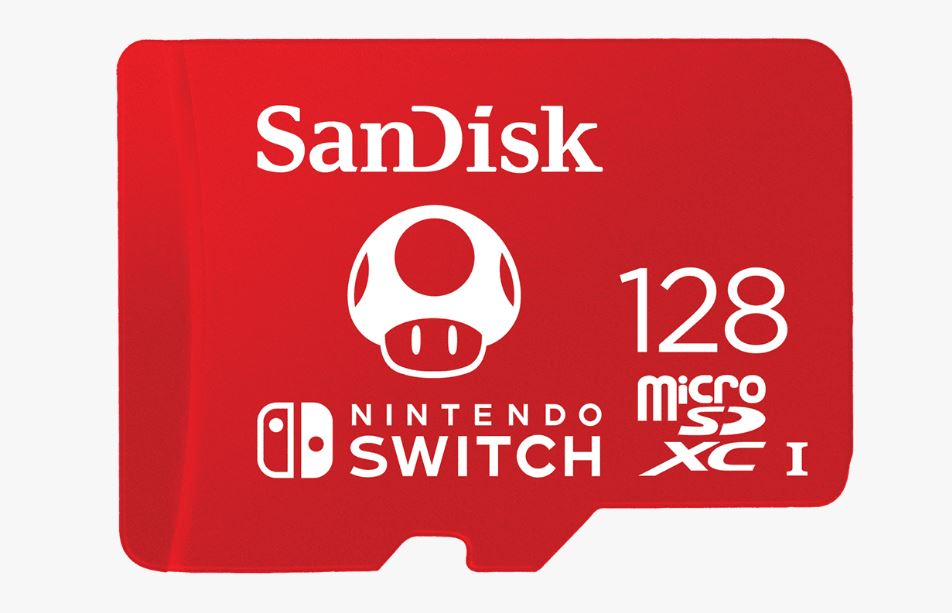 The need for one of these cards is entirely dependent on an individual’s storage situation, but for people like myself who want access to an extensive digital game library, the SanDisk microSDXC for Nintendo Switch seems like an essential accessory. Call it convenience or laziness, but prior to getting one of these it was a constant rotation of deleting old games to make room for new ones. The different colors and familiar Nintendo designs are a nice touch but honestly you probably won’t be looking at the designs much after you put the card in the Switch. These microSDXC are licensed by Nintendo which is something that I consider a plus when it comes to electronics. Looking at the relative prices, the 128 GB and 256 GB are the best values depending on how much storage might be needed.