There are many wired Xbox and PC controllers on the market — and PDP makes a lot of good ones. Their Victrix line, however, is being used for one of the most unique-looking and modular controllers on the market. The Gambit Dual Core Tournament Controller features a lot of customization — including in areas that we haven’t seen a lot of attention being paid to yet. The faceplate, d-pad, and both left and right sticks are swappable — and players can easily adjust trigger stops and choose to have two or four back-button setups or just pop the plate out for a unique controller setup.

The stock controller is comfortable and features mid-rise sticks along the same lines as a stock Xbox One or Series controller. Series users who want a more traditional d-pad will love the one featured here because it’s more similar to the Xbox One style than the more rounded Series controller d-pad. The swappable d-pad on the Gambit offers up a raised, rounded experience that’s more comfortable to use than the regular Series pad and much quieter. The regular d-pad is great for platformers, and sessions with games like Dead Cells and 30XX on PC showcased great accuracy for precise action.

The swappable, raised d-pad is something that I haven’t seen before, but wound up being fantastic for fighting games. Quarter circle movements are a breeze and even half-circles come easier to do with less physical movement needed. This may not seem like much, but when you’re trying to get in a gaming session with a pinched nerve, it does help out. It’s also a handy way to get nicer d-pad movement in driving or racing games that support both an analog stick and d-pad — like Crazy Taxi on the PC and Xbox One or Horizon Chase Turbo. 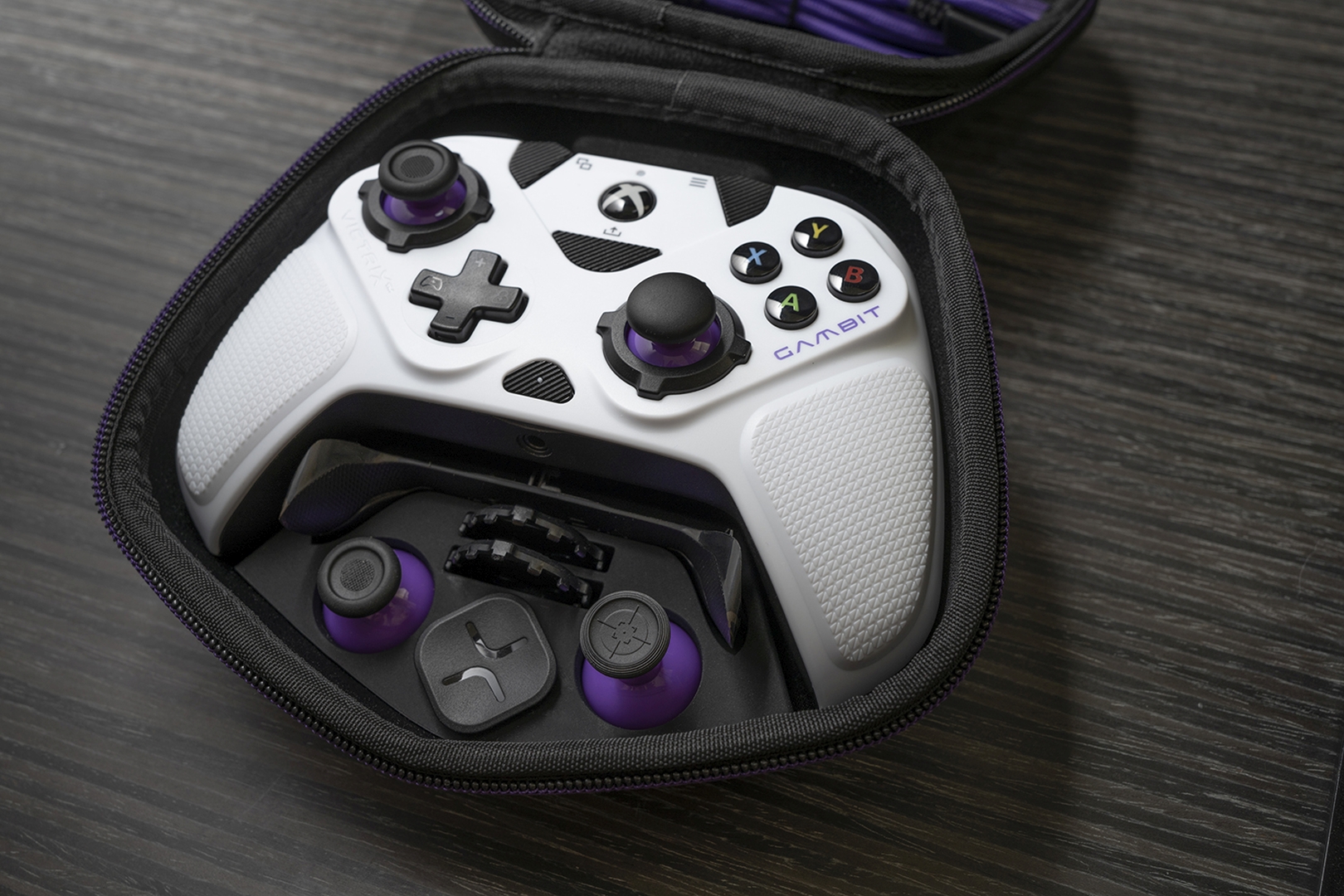 The hair trigger option is amazing and something that stands out for FPS games, but also makes melee combat in some FPS games a lot more fun. Replaying through some of Halo 5’s campaign with hair triggers turned on showcased just how much more responsive it is. Kills are easier to get with this setup since it takes so much less time to fire and it helps to reduce finger fatigue as well. Your finger isn’t traveling as far to perform the action and if you’re right before a cutscene, it allows you to rest up faster before the next set piece. The triggers are a godsend for FPS games that tie melee combat to them. Back 4 Blood is a rare game that lets you put a melee weapon in what would normally be a sidearm slot, enabling trigger usage for it. Some games have bumper usage, like Halo 5, but being able to keep a melee attack as a trigger attack and not losing speed is huge when you have a horde of enemies coming at you. Being able to take out foes and then heal an ally in need is fantastic and even healing allies is faster since the face buttons are more responsive as well.

The increase in speed on the face buttons is easy to see in pretty much any action-platformer out there, but Dead Cells truly shines with this controller. On both PC and Xbox, it was a breeze to land trickier jumps without the risk of hitting sawblades while then avoiding enemy attacks to slice them up. The overall increase in responsiveness across the board for triggers and face buttons results in better rankings for competitive play and makes a difference all-around with games that extensively use both face and shoulder buttons.

Knockout City is a fine example of a game that does this and winds up benefiting from the boost in responsiveness. With hair triggers and faster button presses, it’s much easier to catch the ball without having to worry about a delay caused by the trigger — and that’s something that held true in the Switch version as well. There, the Pro controller’s digital triggers can make a huge difference in responsiveness, and that principle holds true here but is amplified by the trigger stop being even shorter than the throw of a Switch Pro controller. If there’s a game in your library that causes problems for you due to trigger response times not being up to snuff, then the Gambit controller is a must-buy. 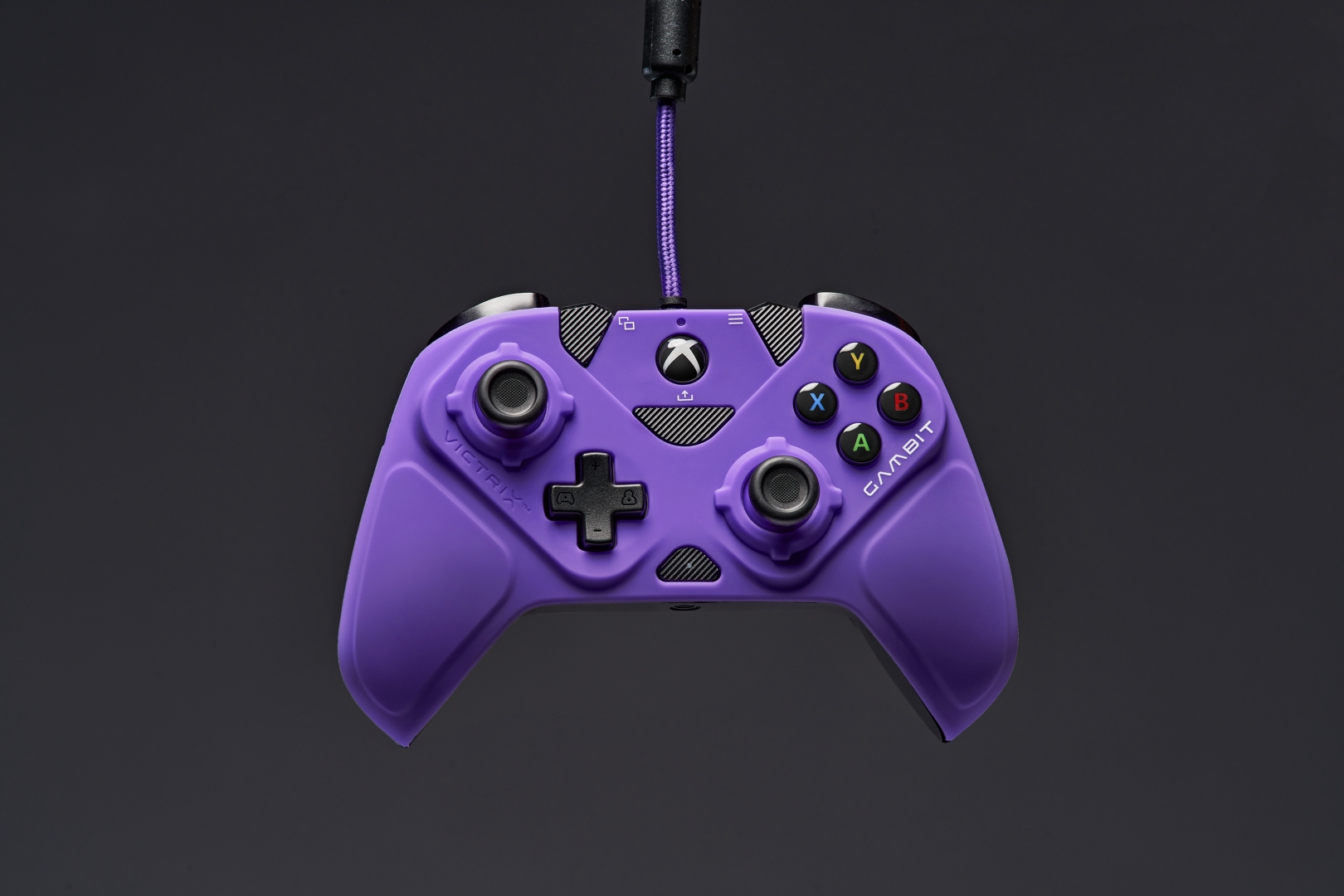 The controller as a whole feels great in the hands even with swappable dual or quad back-button pads either on or off. Having them off felt more natural for games that didn’t need sticks, while having them on did help for FPS or competitive games. I liked having the quad-button setup for Knockout City as it does allow the thumbs to stay on the sticks at all times. The sticks themselves can be swapped out for a domed option or a high-rise sniper option, but the default sticks were fine most of the time. The only concern I have with the sticks over the long haul is that they’re coated in rubber and that could wear down over time.

The surface area on the sticks is also small and does make it harder to find stick covers to help prolong the life of the sticks for years to come. No stick cover I tried — from PS3, PS4, PS5, Xbox or even wrap-around ones meant for pretty much any analog stick could properly cover the stick. Full wrap-around ones worked to cover the stick but didn’t have any real grip on the stick and just slid around, defeating some of the purpose. Still, for the time being, the sticks are good and anyone into competitive FPS play will enjoy the high-rise stick cover for more precise aiming.

The ability to switch between a plastic and more rubberized cover is nice, but the rubberized cover can come off easier. It’s a nice change of pace from hard plastic, though, and I found that it made longer play sessions easier on the hands since it’s a non-slip surface. The inclusion of Dolby Atmos for headsets hooked up to the controller is fantastic and makes finding where enemies are in Back 4 Blood or Destiny 2 much easier. The Victrix Control Hub is available for PC and Xbox and enables the user to remap button functionality if the game you want to play doesn’t, while also letting the user change audio balance, stick dead zones and even change how much the controller vibrates. It’s got an easy-to-use layout and is worth experimenting with for FPS fans who want more control beyond what in-game options provide. 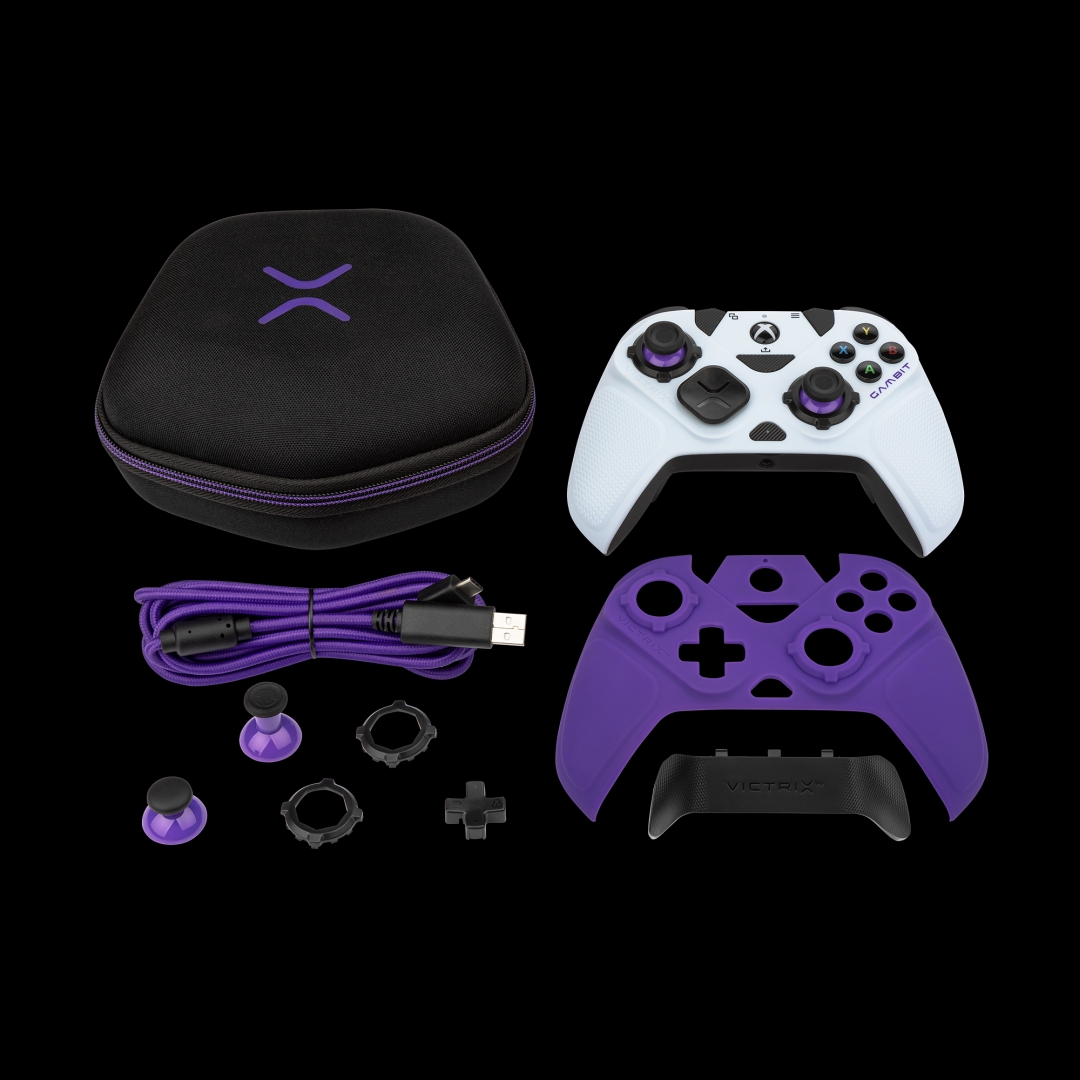 The Victrix Gambit Dual Core Tournament Controller is a strong recommendation for anyone wanting a high-quality wired pad. It offers up a few Elite-controller perks at a much lower price point — and having a barrier of entry of $100 for something with swappable back paddles and adjustable triggers is fantastic. Other than concerns over the long haul of its rubberized sticks and the rubberized plates being easier to pop off during a heated gameplay session, it’s a top-shelf pad and the best wired Xbox One/Series/PC pad I’ve used. The swappable components make for an experience that can genuinely improve the experience of many games and is well-worth the investment for someone looking to breathe new life into games they struggled with before thanks to the super-fast response time for all buttons.