8bitdo has created some of the best mobile controllers on the market – with the Switch really benefiting from controllers like the SN30 Pro and SN30 Pro+ for retro collections. Their origins in a SNES-style with more modern features make them a natural fit, and now, they’re teaming up with a console manufacturer for the first time with Xbox-branded versions of a SNES-inspired pad. This version of the controller will have an Xbox home button, and the menu and view buttons alongside the usual star and pairing buttons featured on the normal version of the pad. Instead of a SNES color scheme, this one takes on an Xbox-style look with the menu and view buttons being a bit smaller than the SNES-inspired ones on the original controller. 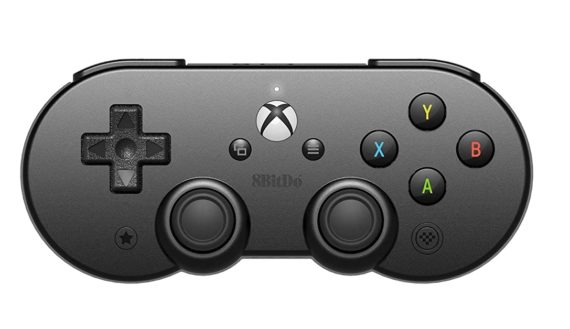 The Xbox-branded version will come with a phone grip made for this controller and most phones and is designed for XCloud gaming – but since it will work with Android phones, you should be able to use it for many mobile games or applications like RetroArch. 8bitdo’s software makes it easy to create new profiles for different games and you can even change the sensitivity of the triggers. It isn’t known if this controller will work with the Xbox One console family, but it should work fine with a PC as 8bitdo controllers just register as an XInput device and work fine with pretty much anything supported there. You can pre-order the controller now on Amazon for its September 21 release.