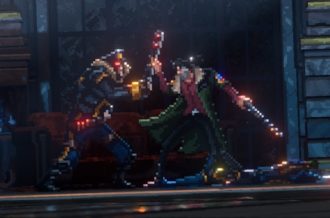 Spiders are creepy little things. They’re small, have lots of beady little eyes and their skittering about is enough to send a cold shiver down anyone’s spine. Usually making a small mess or tossing them back outside is enough, but one still cannot help but fantasize about burning everything down just to be sure. Well, in Kill It With Fire, that’s exactly the right course of action.

Kill It With Fire features a whole arsenal of weapons for  combating the eight-legged menace. From the titular fire to throwing stars, guns and even dynamite, nothing is too much when it comes to proper spider disposal. The game isn’t set to release until summer, but curious gamers can get a taste of the action right now with Kill It With Fire: Ignition. This half hour demo should be enough to make clear just what kind of experience is coming in the main game. The game also promises to reveal the truth about spiders, so that’s definitely a reason to check it out too.

Kill It With Fire launches on PC via Steam this July.