Since its debut, Animal Crossing has managed to see some unique spin offs including its own original anime film. Now there’s a brand new manga in the works that seems to center around a similar idea as New Horizons. The manga is titled Atsumare Dōbutsu no Mori: Nonbiri Shima Dayori and follows the story of the human girl Hana who struggles with making life work on an unpopulated island. Art will be done by Minori Katou, who also worked on a Tamagotchi manga, and will run in the Japanese magazine Ciao. The first issues in Japan will ship on December 28, and we’ll have to wait and see if it gets localized later for western audiences.

Those interested in keeping up can check out Ciao’s official website right here, and look below for a sneak peek at the characters in the upcoming manga: 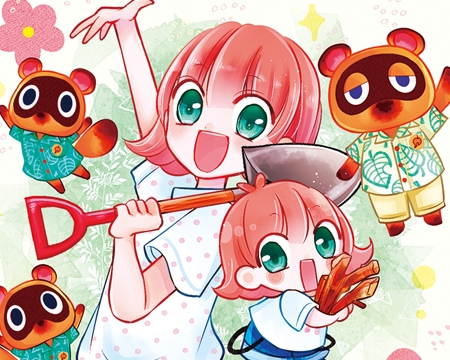