While we have known for a while that Terrell Owens would grace the cover of the Hall of Fame Edition of Madden NFL 19, many have been waiting to see who would nab the main cover. Today, Electronic Arts has announced that it will be Pittsburgh Steelers Wide Receiver Antonio Brown. Brown is the perfect player to represent this year’s game thanks to his elaborate end zone celebrations and his inaugural appearance in the Madden 99 Club.

“I am beyond honored to be on the cover of both Madden games,” said Brown. “There’s a lot of milestones athletes dream of, and after being inducted into the Madden 99 Club earlier this year, and now appearing on the cover of this year’s games, it’s clear that business is not just booming, but I’m also among the all-time greatest with these honors.”

Thanks to the Real Player Motion technology in Madden NFL 19, players now have the option to choose from different celebrations after a touchdown, sack or turnover. Madden NFL 19 will launch on August 10 for Xbox One, PlayStation 4 and Windows PC. Players who pre-order the Hall of Fame Edition will be granted access to the game three days early. 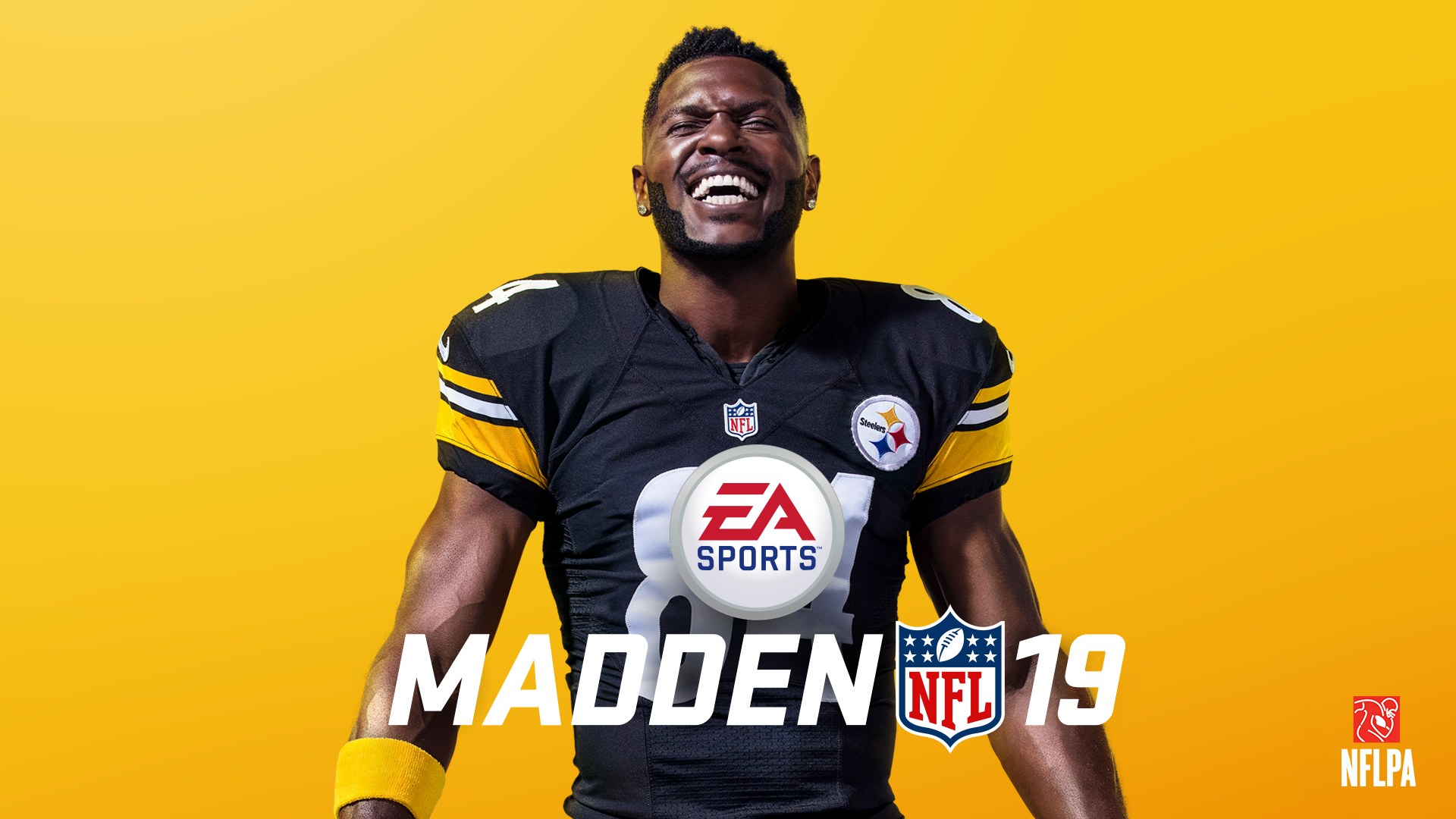