Spotted on Steam, the “Gotham’s Future” pack comes with two skins: Dark Knight Returns and Batman Beyond from the animated series. 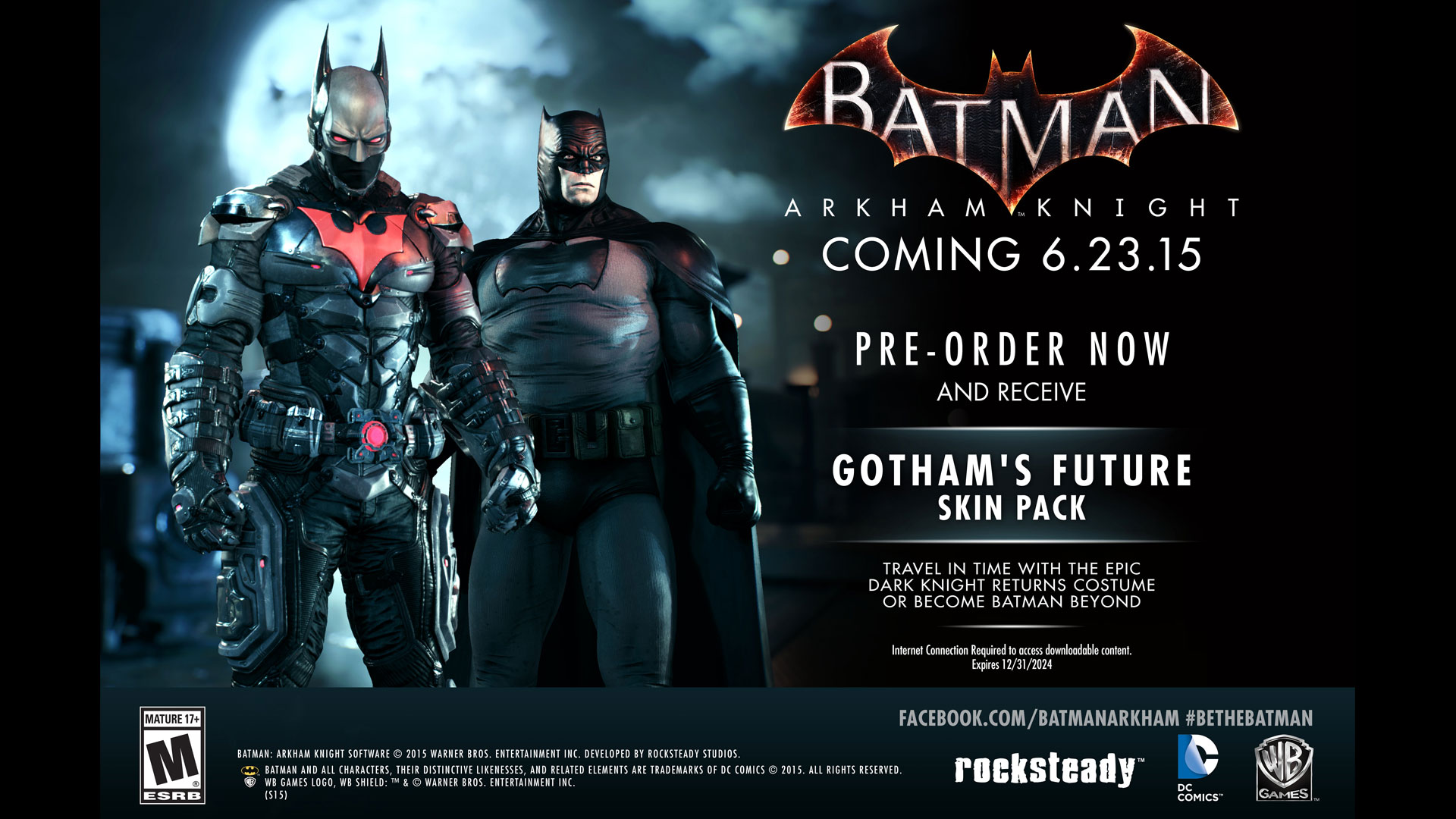 While it is unknown at this time if this pack is a Steam exclusive, Arkham Knight has already seen a plethora of bonuses and DLC. So far, the extra content for this game includes the Harley Quinn pre-order bonus, the option to control Batgirl and a season pass. One can only imagine that extra content will be added sometime in the future.