EA Access is already one of gaming’s best bargains, and at $30 per year, it gives you access to AAA games like Battlefield 4, Battlefield Hardline, past FIFA and Madden games, as well as EA UFC, Titanfall, and Dragon Age: Inquisition. One of its best values is giving you pre-release access to most of EA’s library – including Battlefield 1. Battlefield 1’s 10 hour trial begins on October 13, and lasts until you use up the 10 hour time limit. While some games feature shorter limits – like Unravel, nothing on the Battlefield 1 page on EA Access makes it seem like this will have anything but the usual 10 hour trial – more than enough time to figure out if the game is right for you to buy. 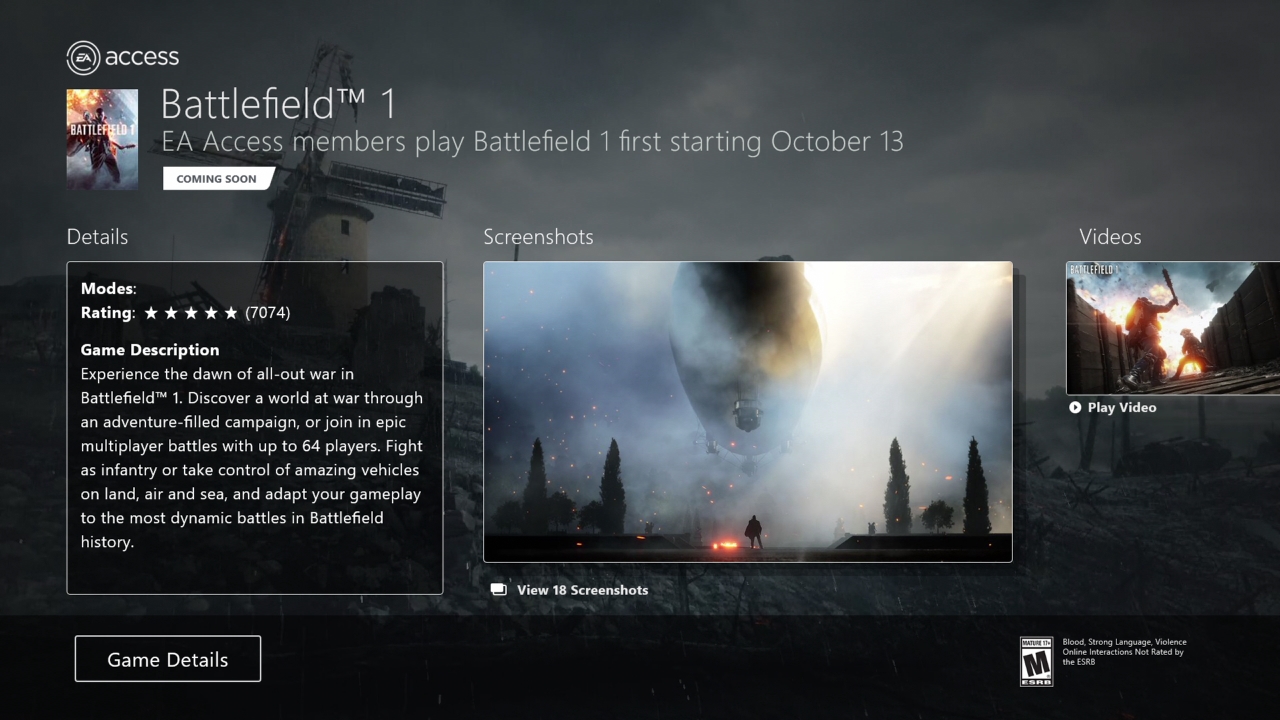