Diablo IV’s release date was officially announced at the Game Awards yesterday and to celebrate Blizzard has announced a Diablo IV Limited Collector’s Box that is full of collectibles that will bring the ultimate salvation for heroes of Sanctuary, or at least look nice in a display case. This collector’s box features a number of goodies to make any gaming space feel like Sanctuary. These items include a Candle of Creation, an Occult Mousepad, a Cloth Map of Sanctuary, a Pin of the Horadrim, a 300 page Collector’s Edition Art Book and two fine Art Prints. Pre-orders will become available starting on December 15 for the box which will cost $96.66 and can be ordered from Blizzard’s Gear Store. There will be a Diablo IV Developer Update Livestream on December 15 beginning at 11:00 am PST which will include an overview on the box’s contents. It should be noted that this Collector’s Box does not include a copy of the Diablo IV game, which is a separate purchase and will release on June 6. 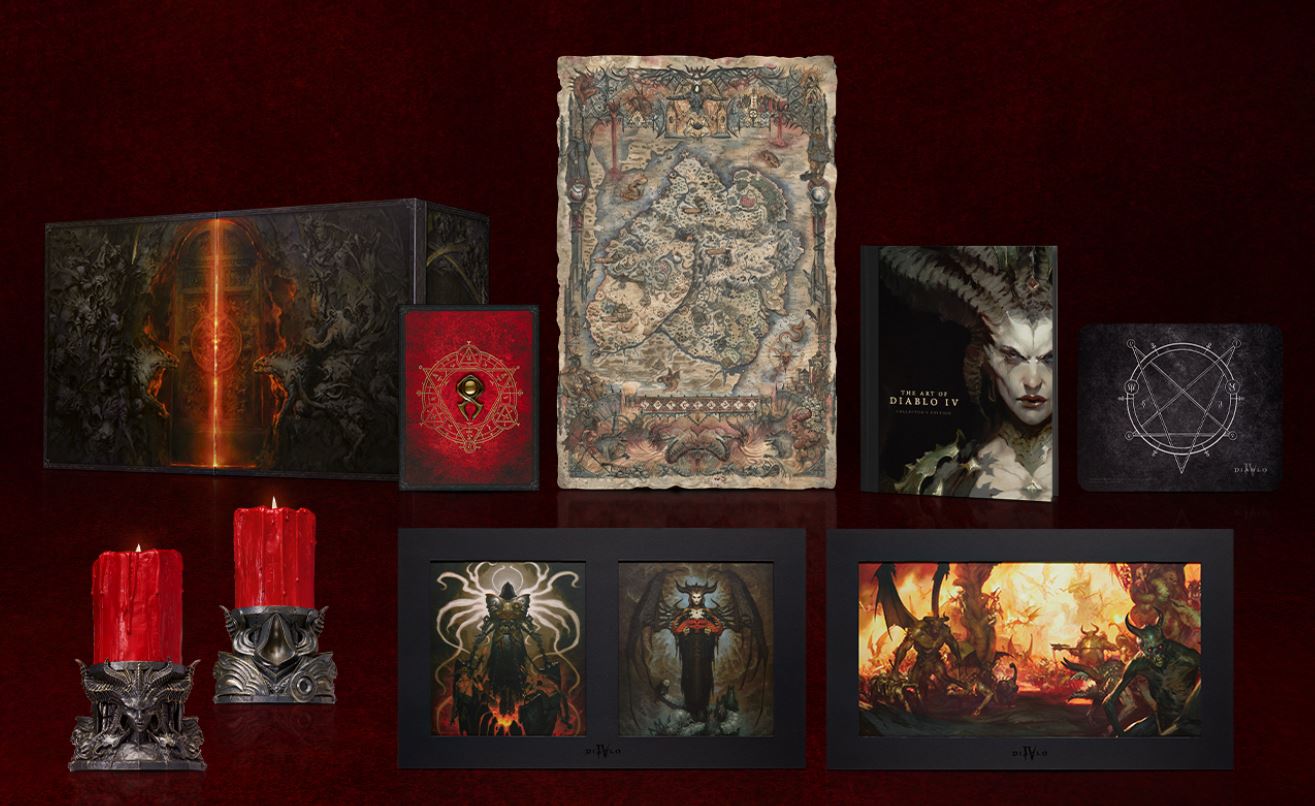