Korean developer Bluehole and PLAYERUNKNOWN (aka Brendan Greene) are collaborating on a battle royale multiplayer, open-world game called PLAYERUNKNOWN’S BATTLEGROUNDS. Using Bluehole’s MMO expertise, demonstrated in their MMORPG TERA, along with PLAYERUNKNOWN’s history of creating battle royale type game modes for ARMA 3 and H1Z1, the collaboration team is developing a strategic shooter using Unreal Engine 4. Meant to pit up to 64 players against each other in a pretty, open-world map set on a remote island, BATTLEGROUNDS will feature a last-man-standing battle in the same vein as Hunger Games, Battle Royale, or the Survival of the Fittest game mode of ARK: Survival Evolved. Players need to locate weapons, vehicles, supplies, and each other, across a zone which slowly force them into confronting one another.

Brendan Greene has relocated to Bluehole’s Korean HQ, where he’s been given creative freedom and resources to create the upcoming cutthroat title. Greene expressed his enthusiasm in the project:

I’ve always wanted to create a standalone game based on the mod I created for the ARMA series, and working with Bluehole gives me the resources and creative freedom to build the experience I’ve always envisioned. We have a great development team in place, and our goal is to create a realistic open world experience with the deep gameplay and strong combat mechanics.

Chang Han Kim, Production Director at Bluehole, followed that up, explaining the motivations for their partnership:

As huge fans of Battle Royale, our Bluehole team shares [Brendan]’s vision of strategic combat driven by player tactics in dynamic battlegrounds. For a title that we’ll be publishing across the globe, it made perfect sense to partner with the creator who has a proven track record of making gameplay that fans love, and the collaboration is going great—we’ve already been working hard for months on PLAYERUNKNOWN’S BATTLEGROUNDS.

Those interested in following BATTLEGROUNDS can keep an eye on the dev blog. PLAYERUNKNOWN’S BATTLEGROUNDS is currently in development for PC. 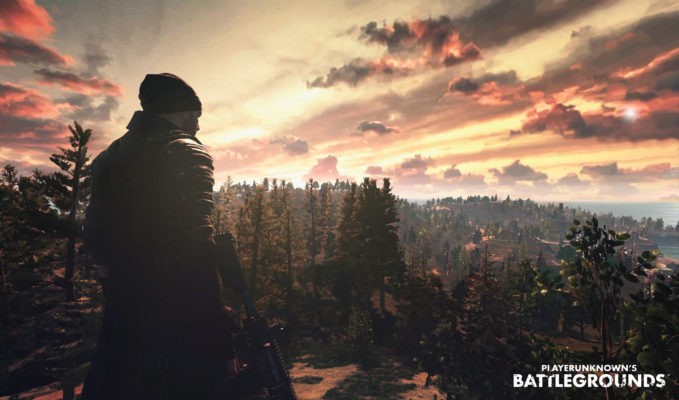