This morning during the Capcom even at Tokyo Game Show we got a little bit more information for the upcoming sequel to Monster Hunter Stories. Admittedly there wasn’t a lot unveiled there, as we’re still awaiting the larger showcase tomorrow, but they pinpointed some key elements people were unaware of in the initial trailer. The first, and perhaps most important, is that players can in fact still customize their rider upon full release. This was unclear in the initial trailer given the confusion between the character named Red, but there were in fact two characters in the trailer that resembled one another but one was in fact the avatar characters will play as.

The second, which isn’t as much as a surprise, is the confirmation that yes there are other monsties to meet and befriend throughout the journey. As Rathalos was a key feature of the trailer and not any other monster friends it was just another nice element to be confirmed in case anyone had any doubts. While the original Monster Hunter Stories had a total of 4 weapons, the sequel is planning on including two more which have yet to be revealed. The original four were Great Sword, Hammer, Hunting Horn and Sword and Shield. This leaves ten weapons from the main series for them to choose from unless they make something entirely new, so it will be exciting to see when we learn more. Finally, and most speculative, they refer to the sequel as an RPG rather than an action game which makes us assume that the turn based combat from the first entry is likely to be returning here.

Hopefully we’ll get a look at actual live gameplay tomorrow and see how it’s changed from the first, but until then take a peek at the confirmation of weapons and character customization image below: 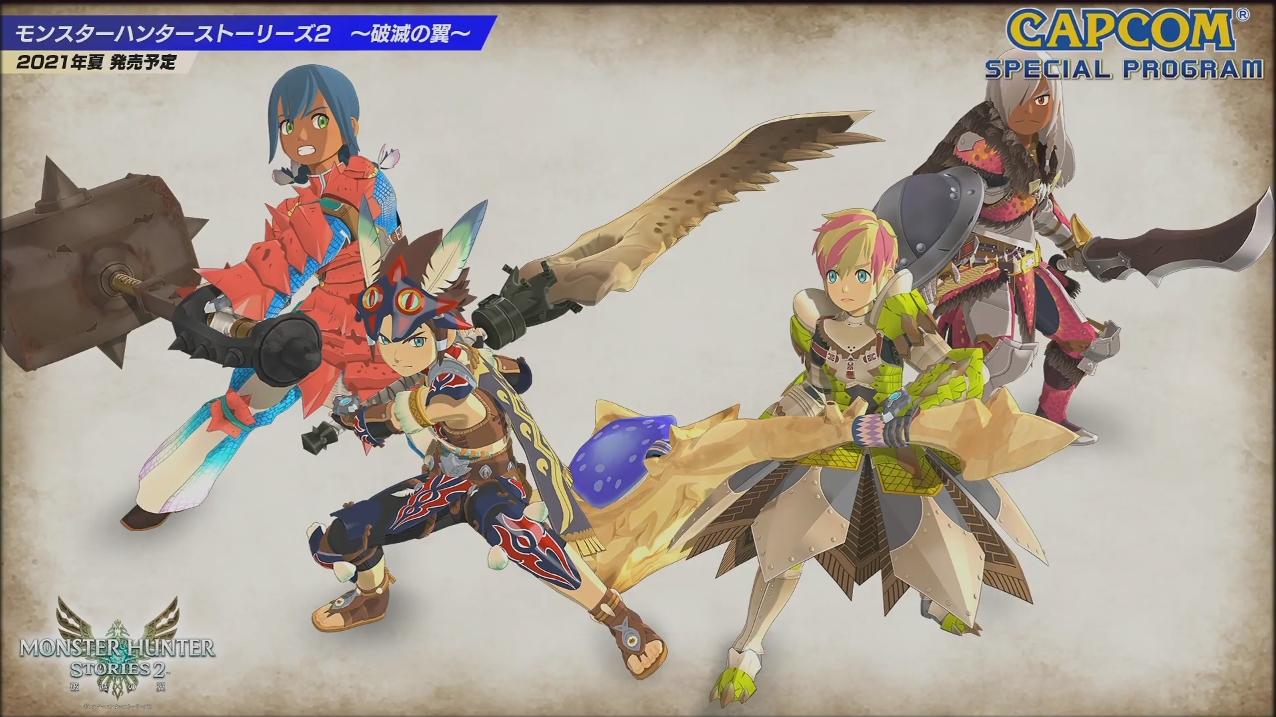