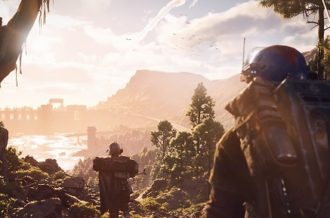 Resident Evil Village is a really good game that plays extremely well on consoles. The PC is a different story, with the game suffering from random hiccups that drove the framerate down to slideshow levels. It was a massive mystery as to why this was happening on PC and not consoles, but it appears that a culprit has been found. According to authors of a cracked version of the game, it’s the DRM causing the issues.

Eurogamer’s Digital Foundry recently tested the cracked version against the $69.99 version available for purchase. The results showed that the cracked version does run significantly better than the retail version. While we can’t say with 100% certainty that it is DRM causing the issue, it’s pretty damning that something within the game is causing issues and that Capcom hasn’t worked to improve performance since the game’s launch back in May. Thankfully, this latest discovery has spurred Capcom to action.

“The team are working on a patch to address PC performance issues, it should be available soon – we’ll have more details shortly.”

Despite the issues, Resident Evil Village remains a really good game well worth your time. The game performs well on virtually all platforms, and hopefully this upcoming patch can get the PC version in line with them.