Following Sony and Take-Two revealing their Q3 FY15 financial results today and EA and Activision-Blizzard doing the same last week, Capcom has followed suit. The publisher saw a profitable year on the back of their smash hit series Monster Hunter, with Monster 4 Ultimate selling 2.7 million copies alone. In a distant second place was Ultra Street Fighter IV, which moved 500,000 units.

“In the Digital Contents business, sales of the special feature title “Monster Hunter 4 Ultimate” (for New Nintendo 3DS
and Nintendo 3DS) were largely in line with the plan and sales of “Ultra Street Fighter IV” (for PlayStation 3, Xbox 360,
and PC) targeting overseas markets were also solid, reflecting its strong popularity. In addition to the satisfactory sales of
“Dead Rising 3” (for Xbox One and PC), which was a million seller in the previous fiscal year, an online game “Monster
Hunter Mezeporuta Kaitakuki” made a robust start. Furthermore, a steady increase in the sales volume of digital
download sales contributed to profits due to their high profitability.

On the other hand, sales of a major title “Gaist Crusher God” (for Nintendo 3DS) were below expectations. Moreover,
there was a lack of major titles among Capcom’s mobile phone contents with certain exceptions including “Monster
Hunter Freedom Unite for iOS”, although the overhaul of the profit structure contributed to profitability improvement. 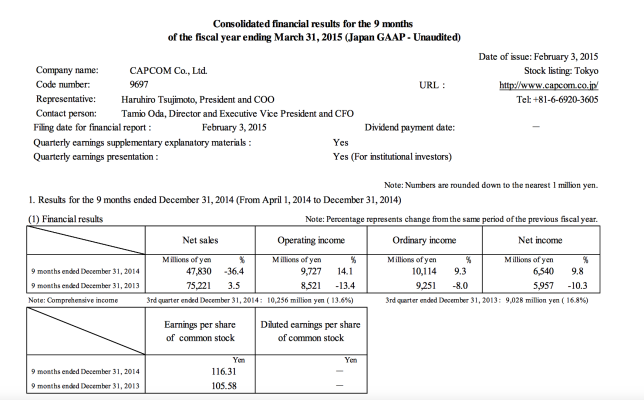 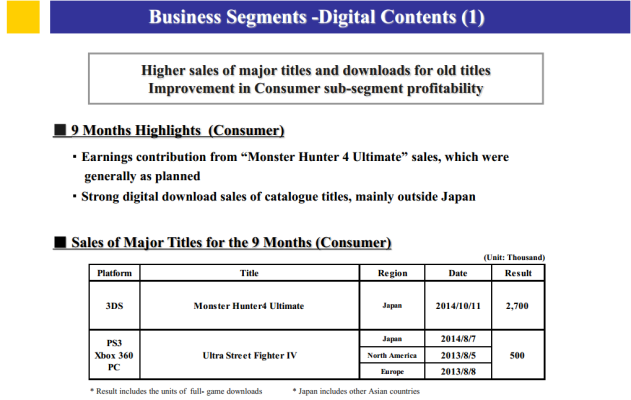 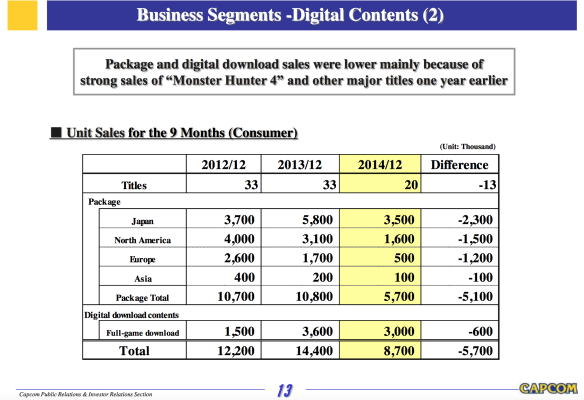 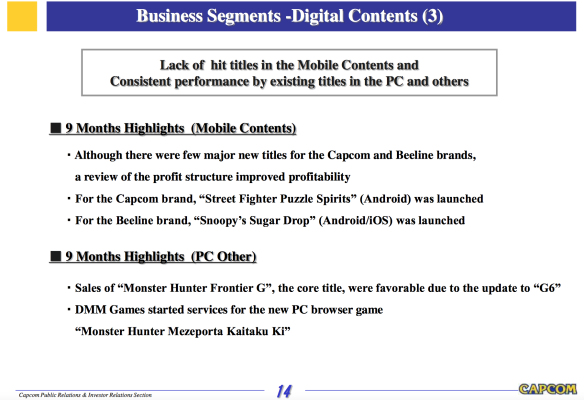 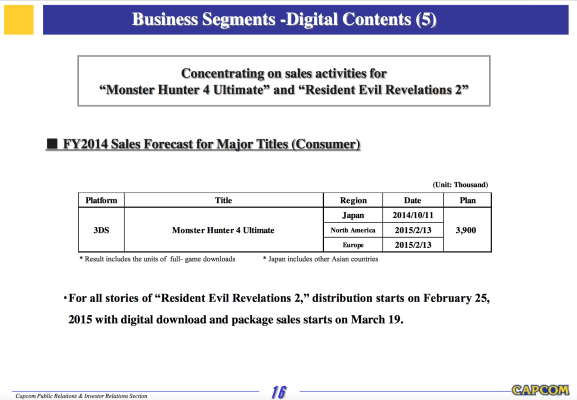