Just a few days ago, the latest Pokémon TCG set was released. Now, it has just been revealed Cosmic Eclipse is the next set of cards to join the game. This one will offer more mythical and legendary cards for your battles.

Cosmic Eclipse has over 200 new cards including GX and TAG TEAM. Blastoise teams with Piplup while Venusaur is partnered with Snivy. Pit the massive team of Dialga, Palkia and Arceus against the adorable Togepi, Cleffa and Igglybuff for 3-on-3 action. Support and Trainer cards are also being added. See some of them featured below.

Learn more about the upcoming set on the official website. Cosmic Eclipse Pokémon cards will release on November 1. 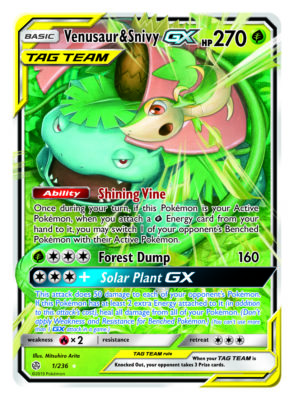 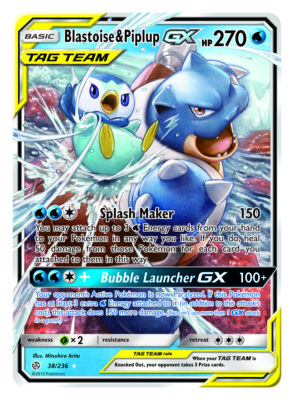 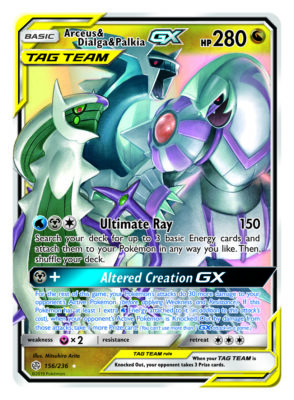 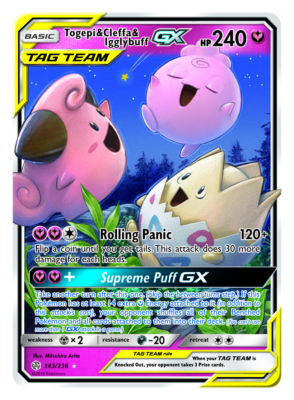 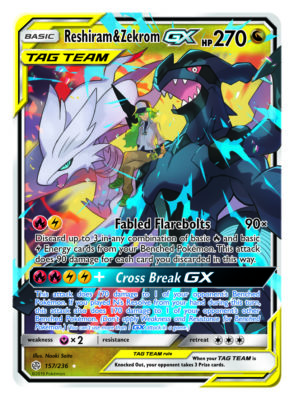 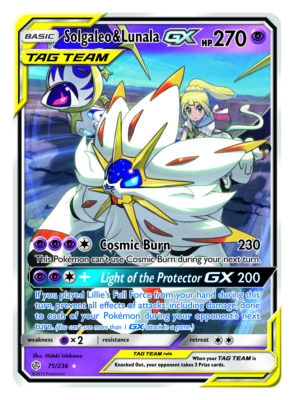