Apple Arcade is low-key one of the best values in gaming and as strange as it is to see Apple as the underdog in something, they came out swinging with the service and have delivered some high-quality experiences for both mobile and Apple TV users to experience. The Apple TV doesn’t have a ton of racing games available yet, with Sonic Racing and Warp Drive being the most notable yet – but it’s a about to get something new and noteworthy when Detonation Racing hits the storefront for MacOS, iOS and TVOS devices. From Electric Square, the folks behind Forza Street on Android devices, comes a spiritual successor of sorts to the beloved Split/Second. 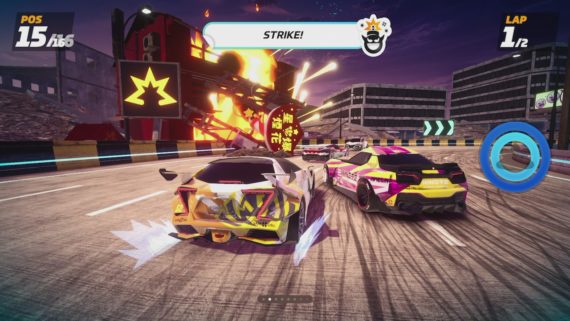 As we’ll be covering in an upcoming graveyard, Split/Second was a gem of a game that combined thrilling racing with explosions to craft an experience that still hasn’t been matched to this day. Detonation Racing aims to do what that game did, but features a more rival-based approach and will still allow players to set traps and blow up the environment as well. We’ll be taking a closer look on the game when it hits, but it looks quite promising and will feature cross-play between all devices as well.