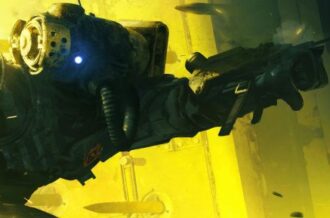 You know Skylanders, right? It’s that game with the toys that features the resurgence of Spyro. Well, Disney Infinity is a new game with a similar concept, using collectable figures to unlock new characters for the game; they stand on a pedestal then enter the virtual world. New images released by Disney feature all kinds of fun. Captain Jack Sparrow is riding Bullseye from Toy Story! The game has two modes of play — Play Set, where you travel through the world pertaining to your character and Toy Box which allows you to customize and roam all over.

As of right now, there are 34 known characters. Many of them hail from Pixar films such as The Incredibles, Cars and Monsters, Inc. Since Disney is now the parent company of both the Marvel Universe and Star Wars, there may be room to include Wolverine or even Boba Fett, but we’ll have to wait and see. Disney Infinity comes out June 2013 for all major consoles and even the 3DS. In the meantime you can enjoy some gameplay images that were just released.