Driveclub is coming right around the corner, and when it launches next month on October 7, Evolution Studios has made a promise to go all out in keeping the experience fresh and exciting along the way.  Post-launch development will be influenced by what players do in the game and the feedback shared with the developers, allowing them to provide new content, improvements, and updates shaped by those who are playing the game.

Already hard at work on free updates to introduce weather changes and a “photo mode”, Evolution has announced today that alongside the 55 routes over 25 tracks in the game at launch, they’ll also be bringing more new tracks and ALL of them will be free of charge.  The developer also promises to keep adding more of the world’s best cars to the game, giving at least one new car every month as a free series running from October 2014 through June 2015.

For those who just can’t get enough, Evolution is making a full calendar of new release downloadable content that will run deep into 2015.  These monthly DLC packs will contain new cars and new campaign tour expansions starting November 2014 with every pack offering new challenges and new trophies with them. 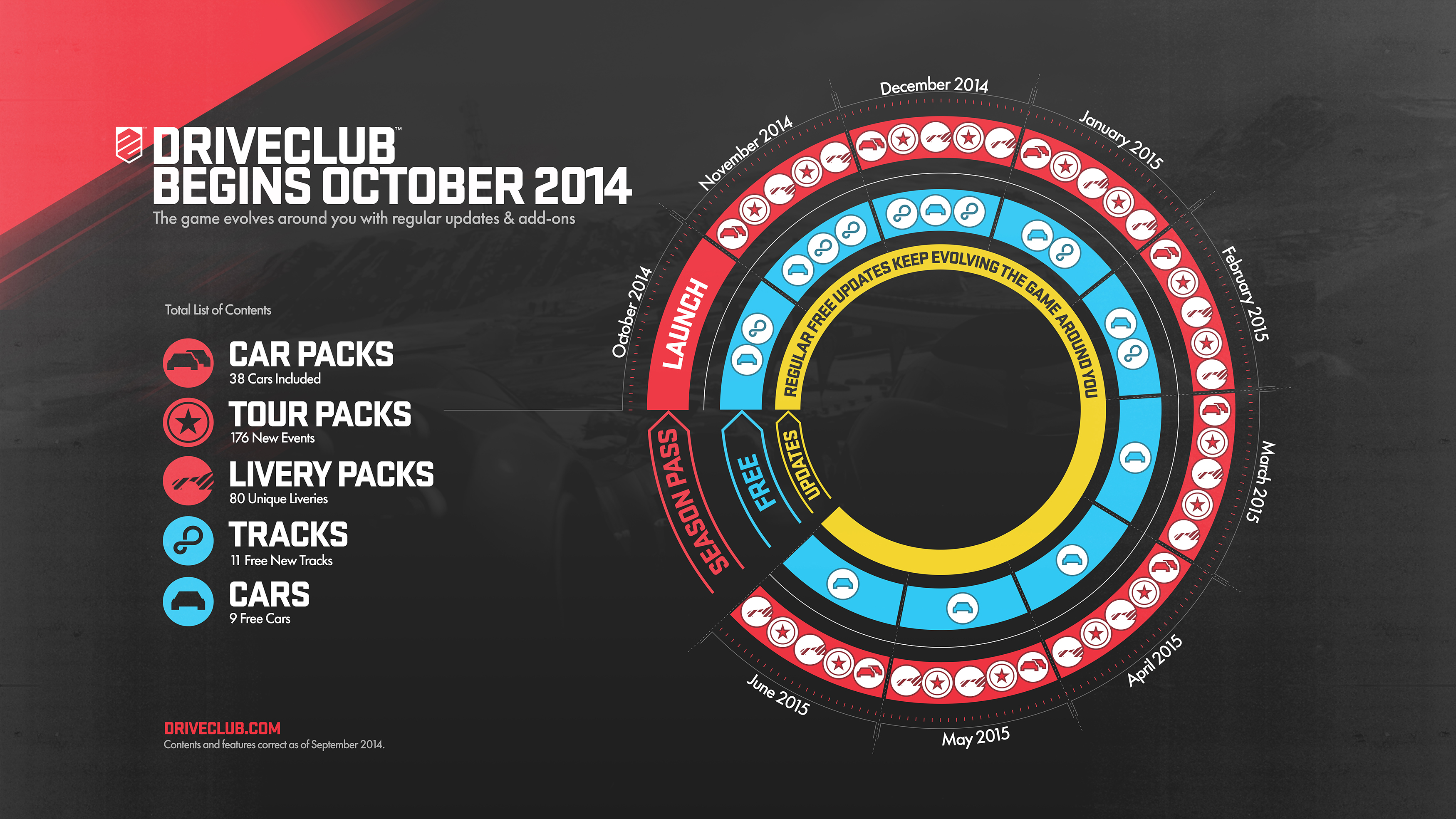 As with most games chock-full of DLC these days, Driveclub has introduced a Season Pass for $24.99/€24.99 so that all the downloadable content can be pre-ordered at a very discounted rate of more than 60% off buying each pack separately (which would cost roughly $75.84/€75,84).

These are just the announcements that Evolution has provided thus far, exclaiming ““Driveclub begins on October 7th 2014″ because we don’t know exactly how the game will evolve with each update until you get your hands on the game and start playing!”

So, with all that planned, it seems like Driveclub is shaping up to give Gran Turismo a run for its money in a big, big way.  Your move Polyphony.