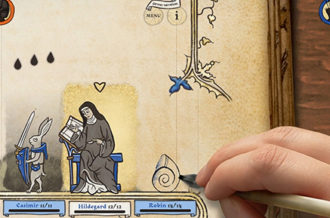 Nintendo finally announced the subtitle for their upcoming sequel to the acclaimed A Link to the Past, which will be called A Link Between Worlds. They also released a new trailer for the game, which shows off what folks can expect when the game launches later this year. And trust us when we say there’s plenty of sword-swinging, bomb-laying and heart-collecting.