During a livestream reveal of brand new figures, Funko showed off an exclusive goodie for Overwatch fans to look forward to. Pharah will receive her own special Pop! fit for the Emerald City Comic Con.

She is called Emerald Pharah in honor of the event. Her rocket launcher is locked and loaded as she is dressed in an all-green ensemble to match the convention theme. Pharah is ready to protect the innocent no matter what outfit is worn. The Pop! can be found only at the convention, so collectors and fans will really need to make it to let all know how dedicated they are.

Check out Funko’s lottery contest for a chance at winning exclusive merchandise that can be found at the convention. Perhaps you will be lucky enough to obtain Pharah. The process ends on February 20 while the event won’t take place until March 2 to March 5. In the mean check her out in the image below. 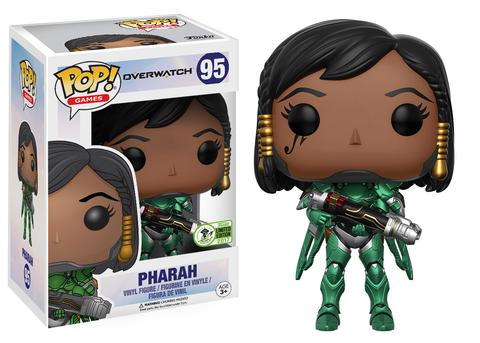