Three new physical editions of Life is Strange: Before the Storm are coming this March, which will release alongside the bonus “Farewell” episode that will cap off the story.

The Farewell episode of Life is Strange: Before the Storm which allows players to take control of Max Caulfield for a final time in a prequel to Before the Storm. It will release on March 6 alongside the three physical editions of the game. PAL territories will get Farewell and the boxed editions on March 9.

The Standard Edition will be, well, standard, coming with the physical version of the game. It will include all three episodes of Before the Storm and the Farewell episode, and come with the Mixtape Mode where you can design a playlist from the licensed tracks of the game, an outfit pack for Chloe, and Episode 1 of the original Life is Strange series. 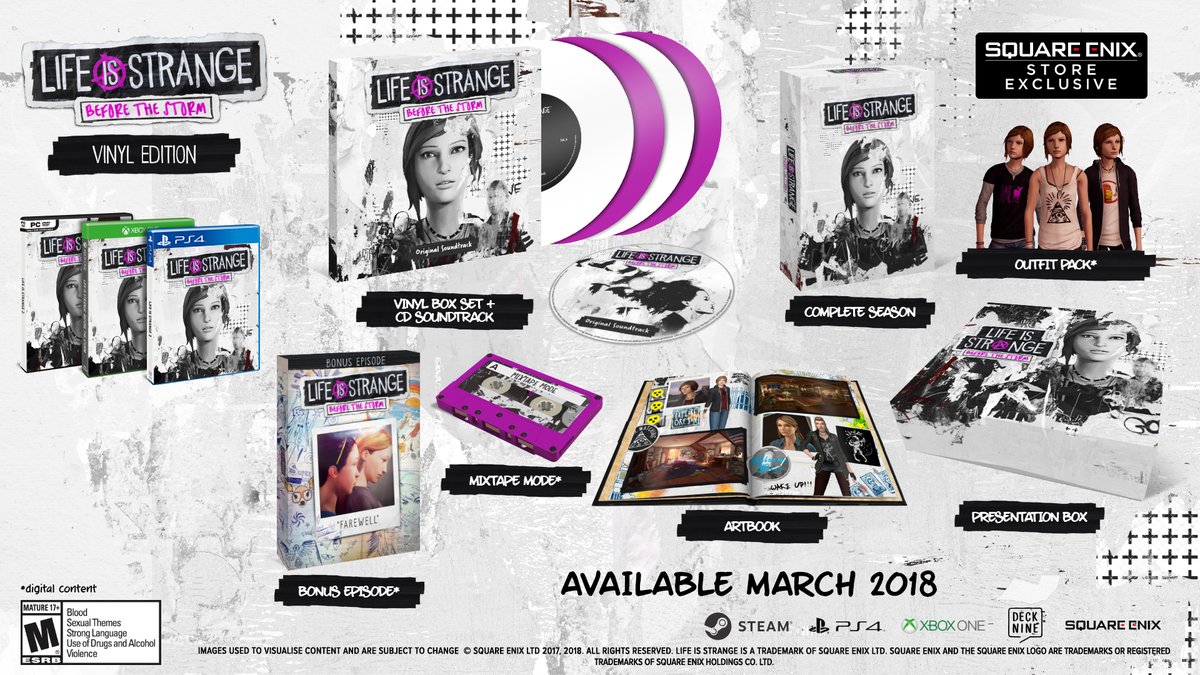 The Limited Edition will add the physical artbook with art from Before the Storm, and the original CD soundtrack. The Vinyl Edition will include a set of vinyl records of the soundtrack.

The Vinyl Edition will run you $69.99, and can be preordered right now, right here.