The goodies between Pokémon and Funko continue with a few new reveals. Longtime fans of the series will surely be excited for these upcoming releases. It definitely comes in time for the Pokémon 25th anniversary, back to where the craze began!

Funko showed off four Kanto-natives the other day, all of which are very popular. The Mythical Mew is shown sitting on a clear stand to recreate its floating appearance. The Fire-type Ponyta is standing at the ready for any quick-footed race. Raichu is looking quite jolly possibly after evolving from Pikachu. Speaking of which, a Metallic version of Pikachu is the final piece.

Each one is set to be available on February 9 but you can pre-order them now via the GameStop website. Take a look at the image below for a closer peek at the Pokémon. 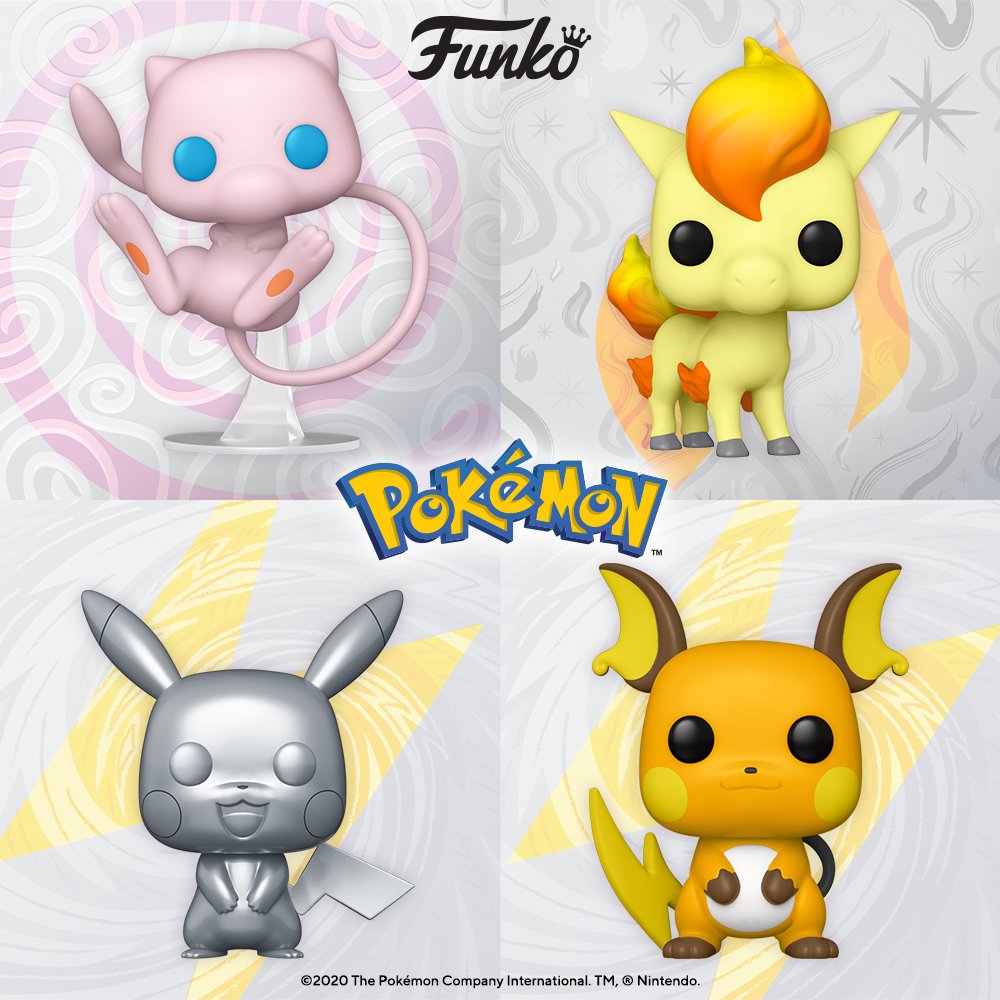