An updated version of the NES classic Final Fantasy appears to be arriving on the 3DS eShop tomorrow, judging from an eShop listing. The special edition remake of the first game in the historic RPG series was originally offered as a pre-order incentive for Final Fantasy Explorers, but until now there had been no news of an eShop release.

The game looks similar to the PSP remake released in 2007, but appears to feature an overworld perspective more suited to the 3DS’s stereoscopic 3D. There’s still no word on a western release, but perhaps we’ll hear something in tomorrow morning’s Nintendo Direct? For now, check out the game in action below: 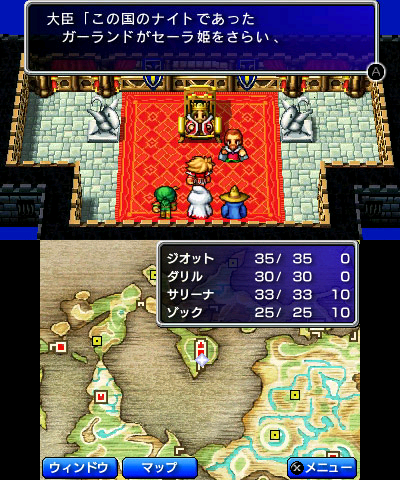