It has been over two months since Final Fantasy XIV’s biggest and best expansion has hit and things are starting to level off in terms of players. While there are still queues in most servers, they’re much more manageable. Regardless, to incentivize players, Square Enix has announced the next stage in their ever running patch update.

During their Live Letter during TGS over the weekend, Square Enix detailed patch 5.1, Vows of Virtue, Deeds of Cruelty. The big focus on this update is the introduction of the first (of presumably three) 24-player raids “The Copied Factory” that is a collaboration with Yoko Taro and NiER Automata.

There is of course new story content that will drive the plot further, and along wit this we will see a brand new dungeon (The Grand Cosmos) and a new Extreme Trial which will most likely be Hades.

The Restoration of the Holy See of Ishgard was also revealed to be in this patch, although all we really know is that the progress of the restoration will be based on the contributions of each server. Hopefully this will mean housing in Ishgard down the line.

New Game+ is finally here, which allows you to replay old quests while maintaining your job progression and level. This will only be available for the expansion content at first, with A Realm Reborn missions coming down the line.

The Pixies will become the first Beast Tribe in Shadowbringers, with the Nu Mou and Dwarves coming at a later update.

PVP will see significant changes to the actions, along with a brand new Frontlines map and ruleset.

The Crafting UI is being completely reworked to be a lot more user friendly, with branching options that better display the means to create and item’s ingredients.

Finally, the musical performance actions have been reworked, and the Blue Mage will now be able to level to 60, receiving even more quests, challenges and actions. 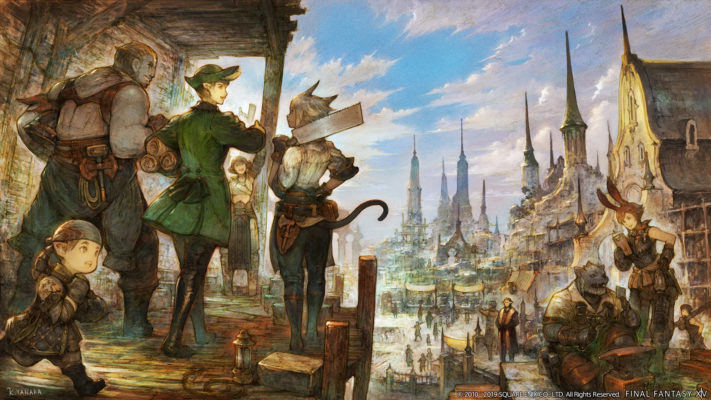 Final Fantasy XIV: Shadowbringers 5.1 certainly has a lot of content that will sure to keep players engrossed even further in late October. The only thing I do wish Square Enix would announce is a a nerf (or at least adjustments) to Eureka’s Hydatos instance as it currently feels near impossible to make any meaningful progress on your weapons and gear, especially when it comes to The Baldesion Arsenal. I don’t even think Provenance has ever popped, despite many people on the Crystal data center trying, and you can’t grind FATES to buy its scales like the other Eureka locations. Regardless, hopefully that comes sooner than later, but for now, we’re treated to a lot more activities outside of the instanced areas.