With the release of Shadowbringers nearly two months ago, Final Fantasy XIV continues forward with event after event. Earlier this month we got the Moonfire Faire, which allows you to unlock various clothing material and a kid’s swimming pool for your housing! While that event is still going, it will roll right into another event next week.

Starting August 26, players over the level of 30 will be able to participate in The Rising. Located in Eastern La Noscea, Bloodshore (basically the same location as the Moonfire Faire), you’ll be put on an important mission that will allow you to unlock various pieces of artwork you can hangup on your walls, along with Brave New Y’shtola minion, which is simply the Shadowbringers Y’shtola with her lovely new Black Mage outfit.

The Rising will kick off at 8 a.m. on August 26 and will conclude September 17 at 7:59 a.m. (PDT). If the previous years are any indication, the next event will be All Saints’ Wake which should start around October 18 and will involve Halloween themed events. 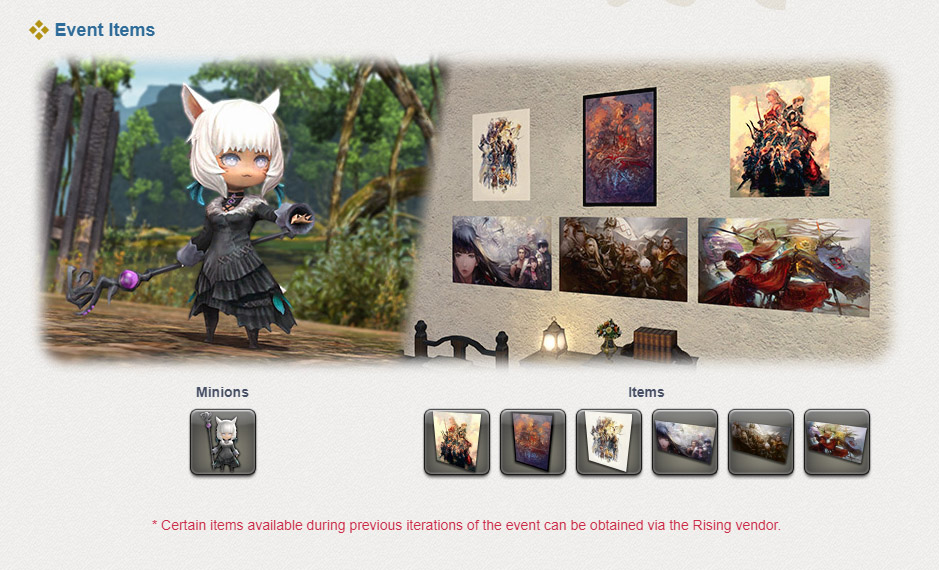