Capcom provided a much deeper look, including a gameplay trailer, for the upcoming Resident Evil 4 Remake. REM4KE will release on March 24 for both PlayStation 4|5, Xbox Series S|X and PC. Xbox One has not been confirmed at this time for a release. Leon Kennedy heads to a secluded European Village to try and save the President’s daughter, Ashley Graham. The game is built on the RE Engine and will feature a re-imagined storyline and vividly-detailed graphics. The video shows off some of the way the Ganados attack, including one that seems to have a broken neck. The game will offer modern design techniques and greatly alter the atmosphere of the original version. The Merchant and inventory system will return along with quick-time events that were seen in the original game. Players will also be able to melee a staggered opponent. The game also includes a free PS4 to PS5 upgrade.

To go along with the details, Capcom announced a Deluxe Edition and Collector’s Edition for the game. This is currently available for pre-order as the Deluxe Edition includes in-game content such as costumes, weapons, a treasure map and more. The Collector’s Edition will include a Leon figure, physical map, art book and more. Those that pre-order the Standard Edition will receive in-game rewards including Attaché Case: Gold and Special Charm: Handgun Ammo. Pre-orders for the other two editions include Attaché Case: Classic and Special Charm: Green Herb. These items offer specific in-game abilities when equipped.

Check out the gameplay trailer below: 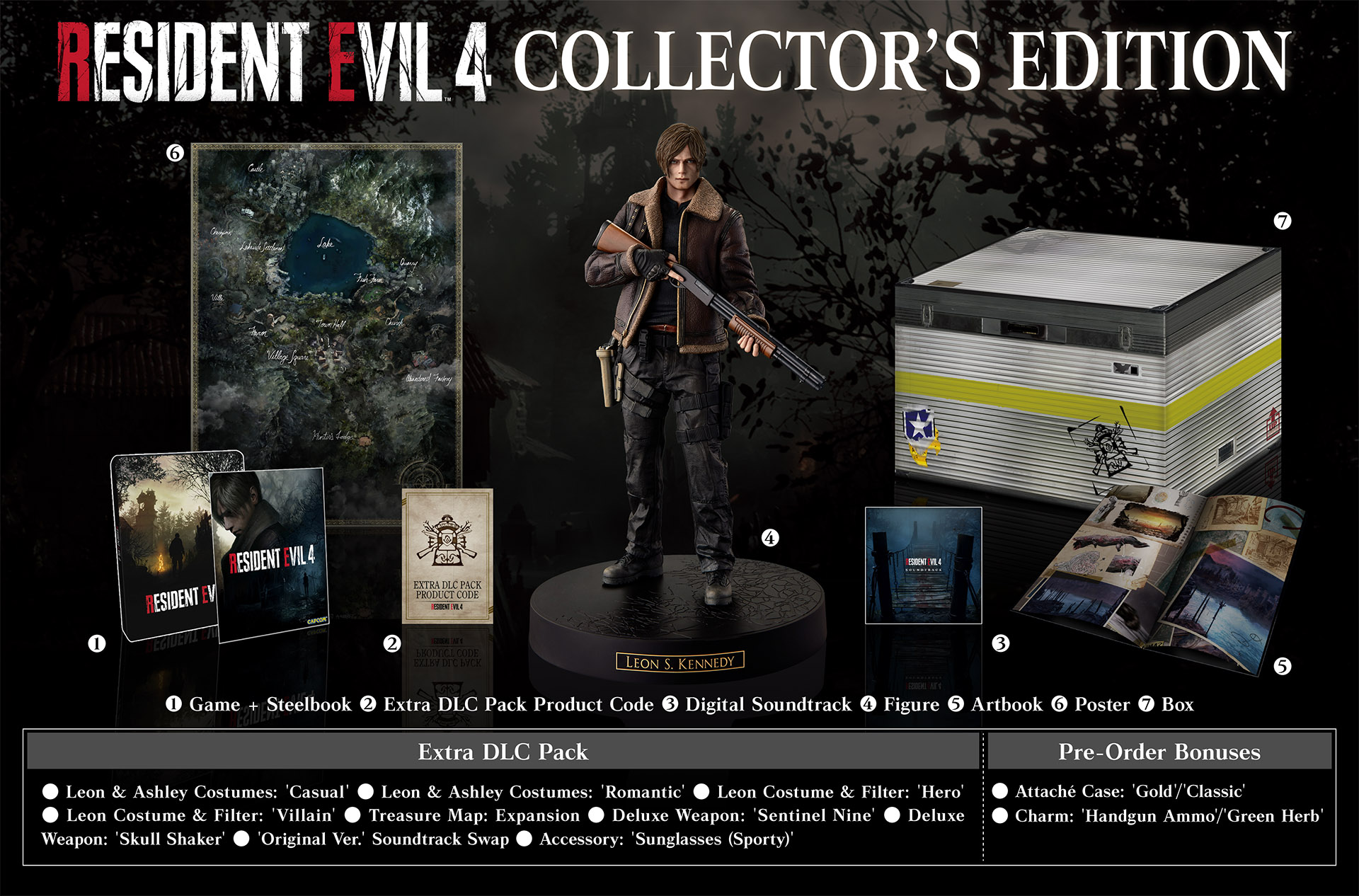