Even though NBA LIVE 14 is due out in just two months, no in-game screenshots have been released for the game until today. EA has revealed the first in-game screenshot of NBA Live 14 and it looks pretty great, featuring Damian Lillard of the Portland Trail Blazers taking a shot. The game is exclusive to next-gen consoles, which explains why the screenshot looks so highly defined. 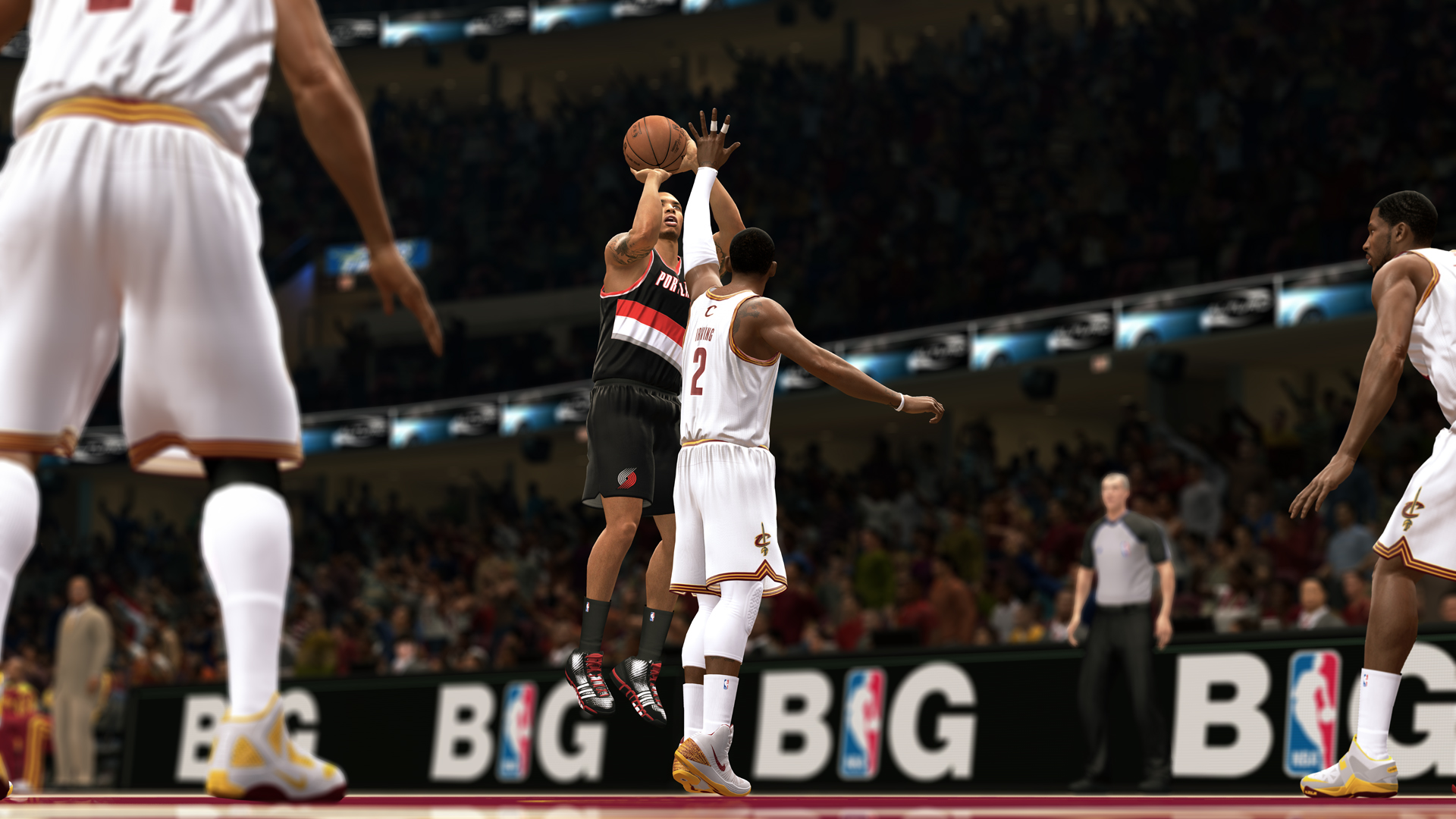