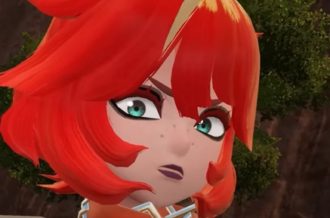 The collaboration between Nintendo and Illumination to create a movie based on Super Mario Bros. has been in the works for quite some time and fans have been eager to see any little bit of it. Fortunately it seems that we’re closer than many originally thought as we’ve finally got a confirmation on the very first teaser trailer. The teaser trailer is planned to premier at New York Comic Con next month and will be available to watch on October 6 at 4PM ET. It will be exciting to finally see what’s been cooking up in the movie, especially as its still aiming to release next year.

Take a look at the teaser image from New York Comic Con below: