The Artful Escape Leaps onto PlayStation, Switch Next Week

During a recent interview with Red Meat Games CEO, Keith Makse, revealed to Hardcore Gamer that his company is working on a spiritual successor to Eternal Darkness: Sanity’s Requiem for virtual reality. This isn’t just some random company dropping a name, though. Keith himself helped design some of that game’s better received puzzles and Red Meat’s producer, Todd McIntyre, was a game designer on the Gamecube horror classic. In his Keith’s own words:

“The title is called Bring to Light. We’re working on a demo that should be ready at the end of September. The idea is that my producer and I were two of the original designers on Eternal Darkenss: Sanity’s Requiem. I wanted to go back to that psychological horror. Bring to Light is sort of that Cthulu-esque style. We have the Avatar of Darkness and we hear about him and these terrible things, and these shadow creatures. The game is all about solving these light based puzzles in virtual reality. There’s a lot of exploration and navigation that goes on, too. Part of is that we also want to skirt the edges of sanity for the player. We want to put (the player) into the shadows, to add that unease. By doing that, it will reward you.  You’ll have whispers in the back of your head using positional audio that can give hints on how to complete puzzles. But, the longer you’re in there, the more likely you are to be turned into a shadow monster. So, you have to balance that out and cleanse yourself of a shadow energy that can bring more monsters towards you. 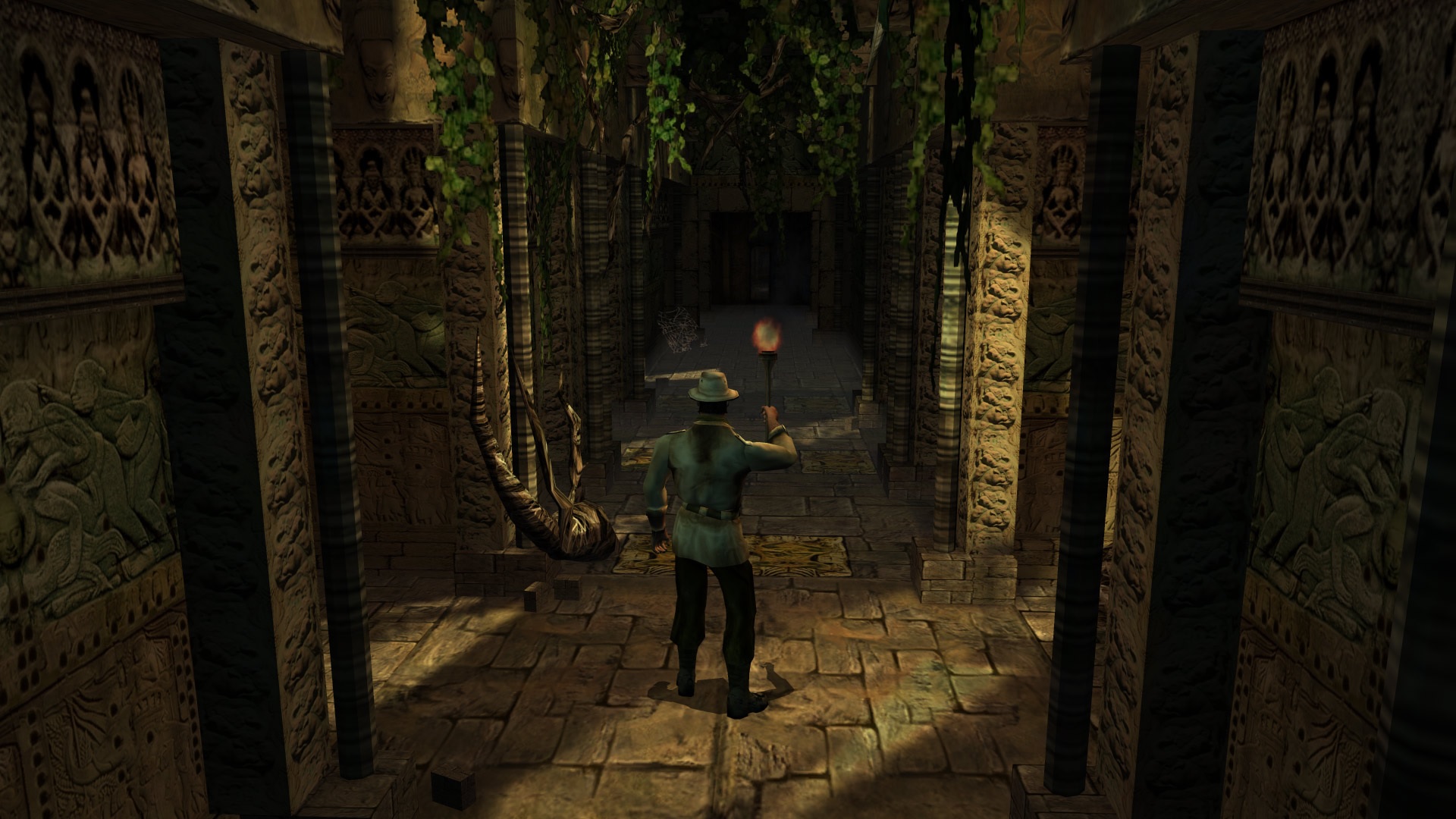 Another cool part, is that we won a contest with Microsoft Canada with a game that have a trivia component. It used this tool called D.A.I.SY, which stands for distributive AI system. The way it works is that we can modify gameplay in real time by using the player’s behavior. So, in our trivia game, what was happening is that if you are answering questions, and you couldn’t answer anything about 1940’s baseball, it would stop give you questions (on that topic.) And then if it notices that you answered a lot of comic book questions, it would give you more. The database was big enough to work with.

So, with this horror game we will get the information from your heart rate. So, we’ll strap on a heart rate monitor and find out how scared you are and then scare you more. So, some of it will be based on jump scares, and others will be psychologically terrifying, atmospheric tension. The goal is to take what has been done before with Eternal Darkness and marry it to modern technology, while calling out misuse of technology (as a major plot device). The narrative hasn’t been fully sketched out yet, but we do have a doctoral candidate whose background is in fiction and virtual reality, and how the systems work together on a biometric basis. We might put it directly into Early Access later this month, but aren’t sure yet. We just want to make sure that there is something to experience first.”

Considering that the vast majority of the interview was in regards to how he and his company are doing their homework regarding VR to make it the best experience possible, this is something to be greatly excited about. Lamentably, this information is so fresh that screenshots are not yet available, but we will keep the details incoming as they develop. Unlike other companies and people who have dropped this title’s name, Red Meat Games has the funding secured. This game is happening.