Crash Bandicoot was huge back in the day and is making a comeback more recently. Funko has already released not one but two sets of Crash Bandicoot Pop!s for fans to find. Now, something new is racing to retail locations.

This particular product is part of Funko’s Rides line and features Crash atop a kart. He’s got a wild expression which means he’ll pull out all the stops to reach first place. It is listed as coming soon but since Crash Team Racing Nitro-Fueled is releasing in June, it may end up being available around the same time.

Take a closer look at the figure below and feel the need for speed! 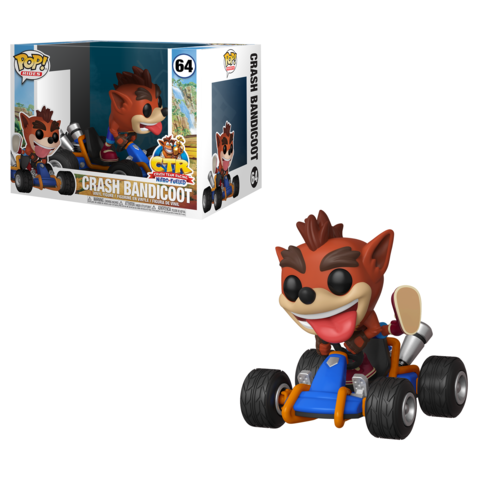