Five Nights at Freddy’s has long been a favorite jumpscare title. It has even been so popular as to spawn various published books to continue the frightening fun. Today, Funko revealed several plush toys based on the line.

Though they are usually scary, these particular items are certainly much cuter in appearance. Fans can look forward to stuffed versions of Freddy, Chica, Foxy, Bonnie, Stanley, Theodore and Wolf. You could cuddle with them at night as long as you aren’t afraid they’ll spring to life!

This isn’t the first round of FNaF Twisted products to come from Funko. At the beginning of the year various Pop! and Mystery Mini figures were announced. The dolls are scheduled to release this August. 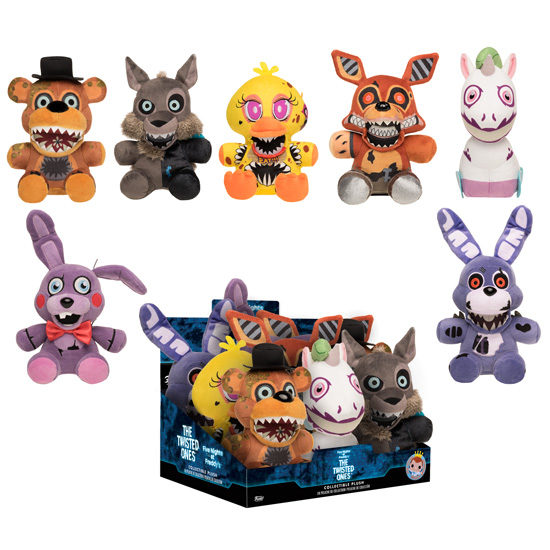