Konami today announced that Serge Gnabry, Miralem Pjanić and Scott McTominay would be on the cover for eFootball Pro Evolution Soccer 2020 alongside Lionel Messi.

The PES 2020 publisher has partnerships with Bayern Munich, Manchester United and Barcelona, along with an exclusive collaboration with Juventus.

The cover art features Barcelona superstar Messi at the top with United player McTominay at the bottom, while Bayern Munich winger Gnabry is on the left and Juventus star Pjanić is on the right.

Here it is! The OFFICIAL reveal of our Global cover for #eFootballPES2020, which launches on September 10th! pic.twitter.com/er682J68ku

The standard edition for the upcoming soccer title includes different add-ons, including loans for Messi and the legendary Ronaldinho.

Speaking of Ronaldinho, the iconic Brazilian represents PES 2020 on the Legend Edition.

Hardcore Gamer caught up with European PES brand manager Lennart Bobzien at E3 and he revealed that it was very important that Konami snapped up Messi for the cover.

“To be fair, we were always in touch with Messi and always had a good relationship,” he explained in our interview.

“Last year, the opportunity came up and we started discussions with him and it made sense. 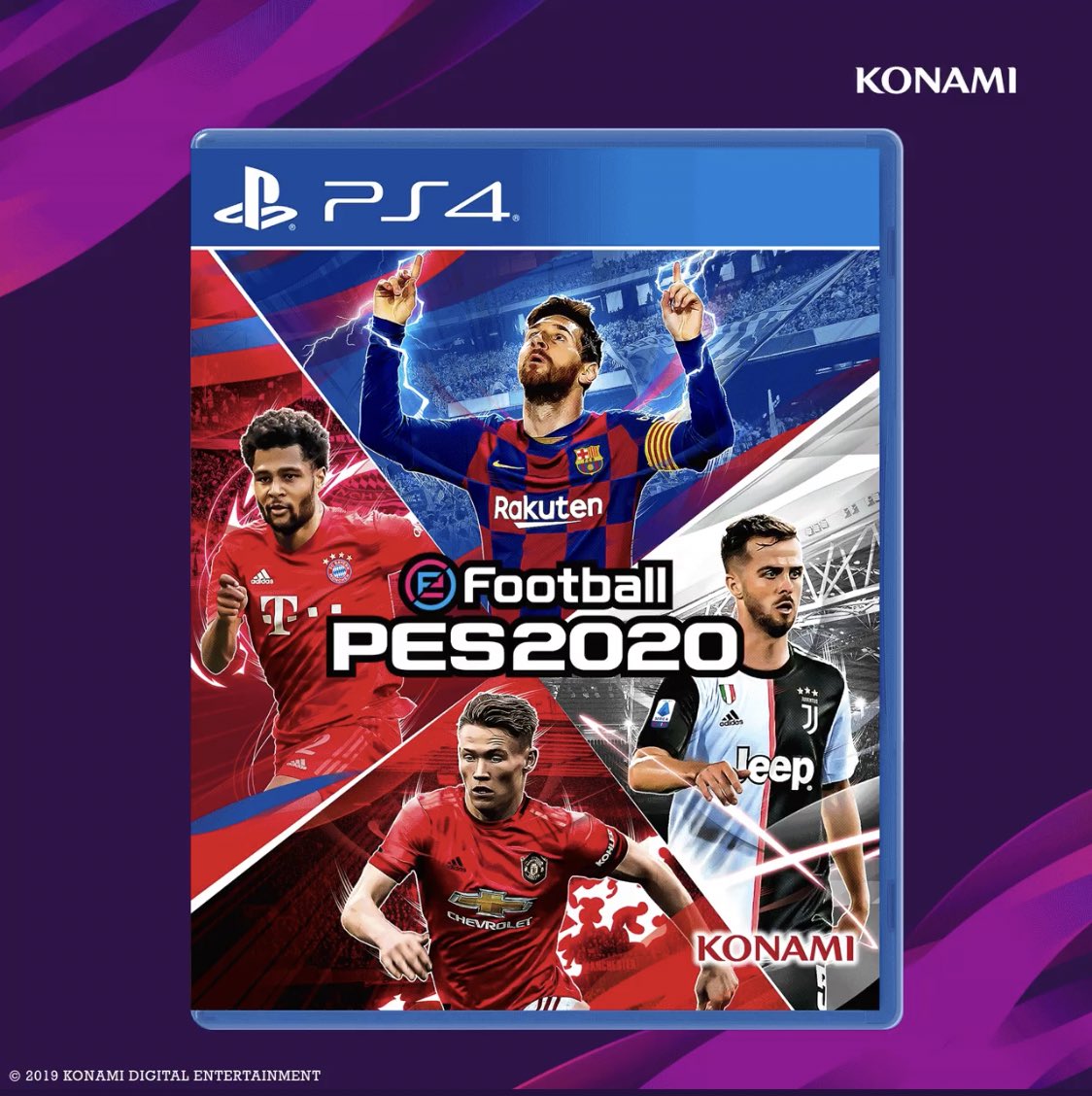 “We said, ‘Let’s go for it, let’s bring the king back.’ Him with the new positioning, the new menus and the new modes, just having him on the cover is the perfect round up.

“We just have to adhere and he won’t be the only one on the cover.”

Konami’s fierce rival, EA Sports, will be unable to license Juventus in the upcoming FIFA 20 as part of the publisher’s exclusive partnership.

According to EA Sports, the Italian champions will be rebranded as ‘Piemonte Calcio’ and will have custom kits and club crest in FIFA 20.

In other news, the FIFA 20 publisher revealed that soccer legend Zinedine Zidane will be the cover star for the Ultimate Edition.

For more on PES 2020, check out Hardcore Gamer’s hands-on preview from E3.