Supergiant Games have a number of great titles but last year’s Hades is by far the best. It’s received and been nominated for various awards and gained such a popular following. Fans can get excited by this announcement from Good Smile Company.

The main character in Hades, Zagreus, is receiving his own Nendoroid figure. So far there is no information on when it will release but teaser art has been revealed. Zagreus’ different colored eyes, skull outfit details and leafy crown are all shown. We can assume the Stygian Blade will be part of the end product since Nendoroids often come with accessories.

With it already being a year since the game fully released, we can only hope the wait won’t be too much longer. Take a look at the image below for what’s to be expected. 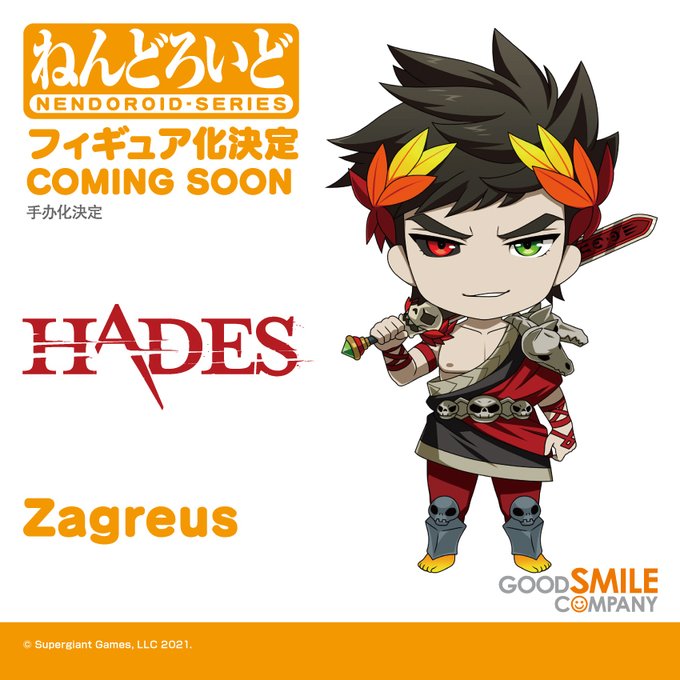