Called ‘Industry Legends Discuss the Future: A Conversation with Hideo Kojima,’ Tandem Events said in its press release that the acclaimed Japanese director will be taking to the stage for an hour-long ‘fireside chat’ with Cerny Games president Mark Cerny.

A Conversation with Hideo Kojima is set to broach several topics, including Kojima’s “inspirations, process and his thoughts on the future of the game.”

“We’re delighted and honoured to announce Hideo Kojima as our keynote speaker for Develop: Brighton 2016,” says Andy Lane, managing director of Tandem Events. “Known the world over as someone who’s at the forefront of what’s possible within video games, he continually pushes the boundaries. 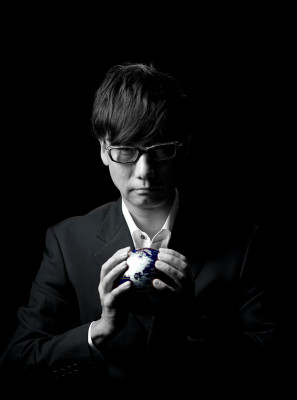 “Alongside his good friend, Mark Cerny, these gaming legends have an amazing history within the games industry and I’m looking forward to hearing more.”

Mark Cerny, who served as the lead architect on Sony’s PlayStation 4 and PlayStation Vita, embarked on a ten-day tour with Kojima earlier this year, as the duo sought out the “newest technology.”

A Conversation with Hideo Kojima will be held on Wednesday, July 13, at 10 a.m., with the Develop Industry Excellence Awards 2016 set to take place in the evening.

Kojima first entered the gaming industry in 1986 as a ‘planner’ at Konami. After spending almost three decades at the Japanese publisher, Kojima departed from Konami in 2015 following a long-running dispute between the two.

Since then, Kojima has established his own independent gaming studio, Kojima Productions, as well as forming a partnership with Sony to develop his first post-Metal Gear Solid title.

Kojima Productions’ unannounced IP will be a console exclusive for Sony’s PS4.

Last month, Kojima said that he was finally “back in the field,” meaning that the Metal Gear Solid creator is beginning to push forward with the development on his brand-new title.