After a skip-week Limited Run Games is back, and while this Friday may not be the most title-dense it’s still a big one.  First up is the puzzle/platformer Hue, about a silhouetted boy running against solid black scenery and the multi-colored obstacles he needs to get past.  The kid’s main ability is that he can change the color of the background to one of eight different primary shades, which just happens to match the colors of the level scenery.  Change the background to red and anything red disappears, which is awfully handy when you’ve got a red brick wall in the way.  Hue is coming out on PS4 and Vita, 2,300 copies apiece and available as long as they last.

The other game for the week is Thumper, which doesn’t seem like it could be constrained by disk or cartridge made of mere plastic.  Race down a track as a chrome beetle while the universe screams at you with sound and vicious rhythm-based twists and turns.  Everything is synched to the beat of the harsh, oppressive soundtrack, tearing along at a vicious speed until you learn to react by sense rather than sight.  Thumper is utterly fantastic and seems likely to be one of the biggest releases Limited Run Games has had yet.  Both PS4 and Switch versions are going open preorder for two weeks, but the Collector’s Editions are going to be difficult to acquire.  Both PS4 and Switch get a pin, steelbook case, CD soundtrack, and three lithographs each, but the print runs are very small.  The Switch gets 2,000 units and PS4 gets a super-tiny run of 1,000.  It’s also worth noting that the PS4 version has full VR support, which turns Thumper from amazing into jaw-dropping.  Basically, this is blood-bath territory.  Good luck. 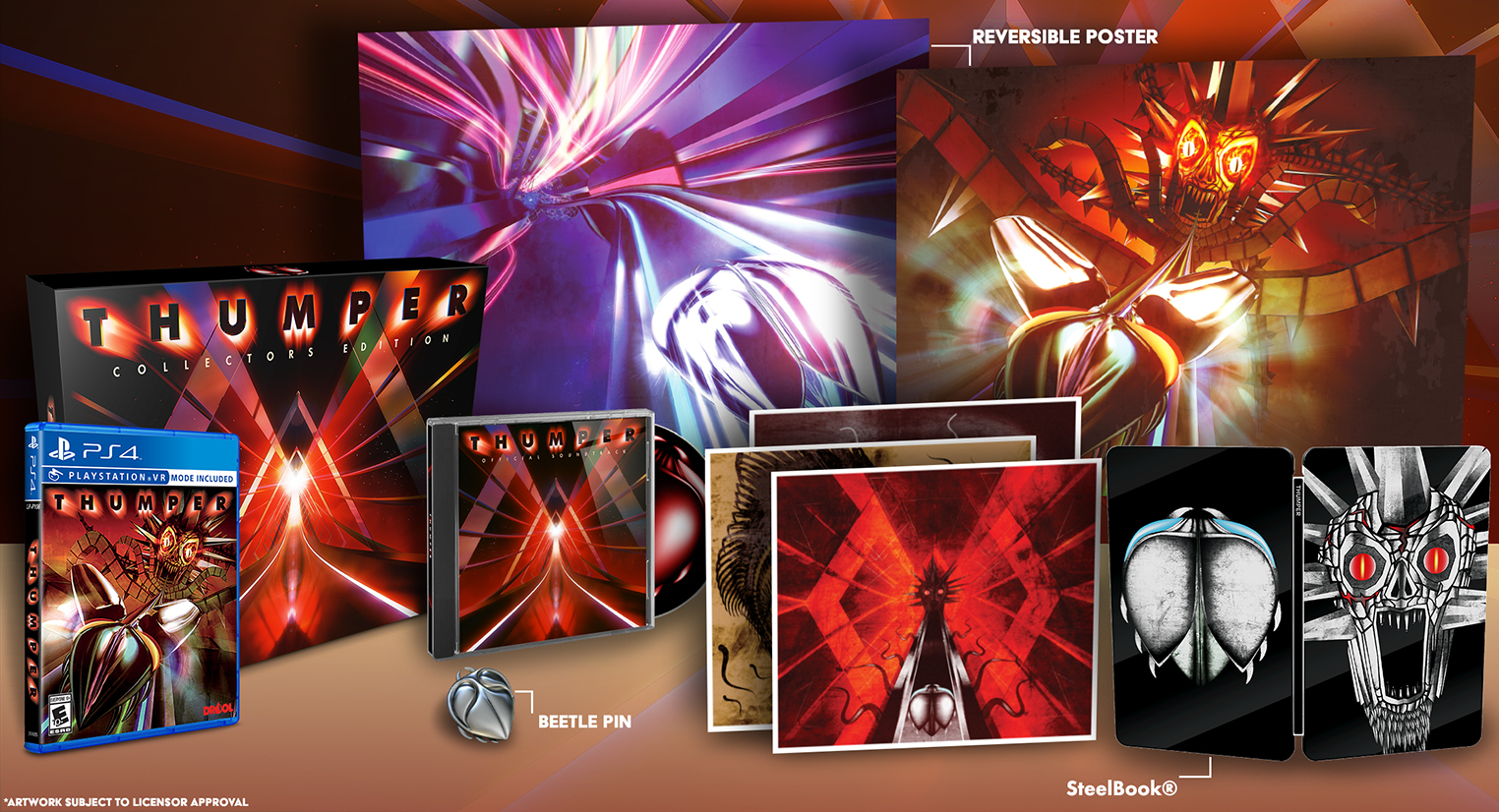